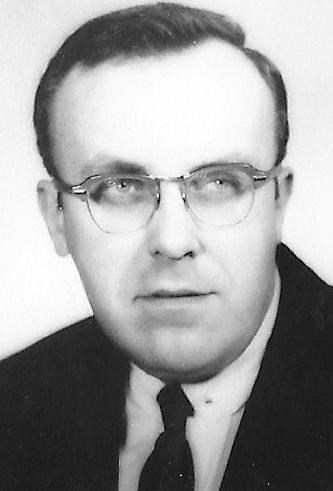 Born July 16, 1933, in Pittsburgh, Pa., he was the only son of the late Roland P. and Caroline (Nedde) Neff. He graduated from South Hills High School and Robert Morris University in Pittsburgh. He was V.P. of Finance of Pa Truck Lines (the intermodal terminal/trucking subsidiary of Conrail) and on the board of two corporations. He was a member of the American Institute of Certified Public Accountants, National Lease Associate, and a member of the National Executive Board of the Finance/Accounting Council of the American Trucking Association, and President of the Delaware Valley Chapter. He was also a vestry member and Sr. Warden of the Trinity Episcopal Church of West Pittston. He recently held several positions, including choir and vestry member at Saint Peter's Episcopal Church, Tunkhannock. He was a member of The Big Band Society of Northeastern Pennsylvania, an avid bowler, fisherman, music and animal lover. He attended many concerts by the Northeastern Pennsylvania Philharmonic and also the Northern Tier Orchestra. He was a member of the Party of the Month Dance Organization and volunteered walking dogs at the Blue Chip Animal Refuge.

He enjoyed over 20 years of taking his entire family on vacation to Canada and Lake Ontario, New York. He spent many happy hours working in his 9-acre yard.

A Mass and celebration of Paul's life will be noon Saturday, April 21, 2018, at Saint Peter's Episcopal Church, 3832 Route 6, Tunkhannock, Pa. The Rev. Lou Divis will officiate. There will be a reception to follow in the church.

Many thanks for all the support of friends and family during this difficult time.

Published by Times Leader from Apr. 5 to Apr. 6, 2018.
To plant trees in memory, please visit the Sympathy Store.
MEMORIAL EVENTS
To offer your sympathy during this difficult time, you can now have memorial trees planted in a National Forest in memory of your loved one.
Funeral services provided by:
Howell-Lussi Funeral Home
MAKE A DONATION
MEMORIES & CONDOLENCES
3 Entries
Paul contributed so much to the Big Band Society of North East Pennsylvania and also Party of the Month. People like Paul make this a better place in which to live He never asked for anything but always gave of his time and knowledge. I never knew the man to say one harsh word. As I look back on all our members who have passed on he stands out as a man of calm reason. Nicholas Stroutsos President Big Band Society NEPA
Nicholas Stroumtsos
April 6, 2018
Mr. Neff was a kind and very nice person and we will miss him. May the love of friends and family be with you at this time.
Wayman and Nancy Smith
April 6, 2018
My condolences on the passing of Paul. Having known him for many years through the Party of the Month and the Big Band Society I found him to be a true gentleman and an avid fan of music. My thoughts are with his family at this time. May he rest in peace.
James Selingo
April 6, 2018
Showing 1 - 3 of 3 results