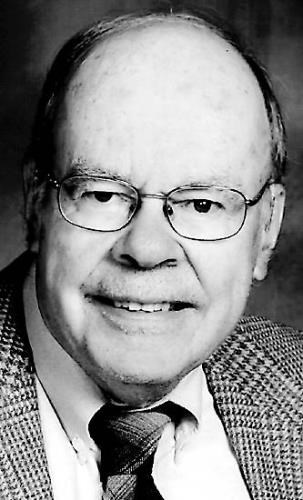 Born in Rhinelander, Wisconsin, he was the son of the late Evelyn Stritesky and Wilbur M. Hayes.

Wilbur attended high school in Newton, Massachusetts; earned a Bachelors from Colby College in Maine; and earned both his M.S. and Ph.D. from Lehigh University in Pennsylvania. Wilbur continued as a NIH Postdoctoral Fellow at Yale University.

In 1967, Wilbur became an assistant professor of the Department of Biology at Wilkes College and, a few years later, associate professor. Almost two decades after that, Wilkes became Wilkes University. He also served as a Visiting Associate Professor at Northeastern University in Massachusetts 1987 to 1988. Wilbur continued to teach biology at Wilkes through 2000; he was often seen walking to Wilkes from his home.

Much of his research literally focused using electron microscopy and his frequent target: Limulus, the Atlantic horseshoe crab.

Among the honors Wilbur earned and received: Eagle Scout rank from BSA in 1952 and Honor of Colonel from Wilkes University in 2004. He supported many charities and served as chairman of the board for the northeast Pennsylvania chapter of the American Heart Association. He was a member of the Society for Integrative and Comparative Biology, the Microscopy Society of America, and Sigma Xi, the scientific research honor society for scientists and engineers.

In addition to his parents, Wilbur was preceded in death by his sister, Barbara Lynn Ehrensperger, and his ex-wife, Dawn Waldorf.

Surviving are his nephews, Steven Ehrensperger and Ted Ehr; niece, Lynn London; and cousins in Wisconsin, California and Arizona.

A memorial service will be held Saturday, Dec. 14, gathering, at 11 a.m. with the memorial service to follow at 11:30 a.m. at the First Presbyterian Church, 97 S. Franklin St., Wilkes-Barre. The Rev. Dr. Robert Zanicky will officiate.

Memorial donations may be made to Wilkes University or to a charity of your choice.

Published by Times Leader from Dec. 11 to Dec. 13, 2019.
To plant trees in memory, please visit the Sympathy Store.
MEMORIAL EVENTS
Dec
14
Memorial Gathering
11:00a.m. - 11:30a.m.
First Presbyterian Church
97 S. Franklin St., Wilkes-Barre, PA
Dec
14
Memorial service
11:30a.m.
First Presbyterian Church
97 S. Franklin St, Wilkes-Barre, PA
Funeral services provided by:
Harold C Snowdon Funeral Home
MAKE A DONATION
Please consider a donation as requested by the family.
MEMORIES & CONDOLENCES
13 Entries
Just now I had a random thought of Dr Hayes. I am so sad to just be seeing this. I had such a fondness of Dr Hayes. I loved seeing him on campus and walking the local. I would always stop and say "hello" and the conversation would just drift. I admired his curiosity and above all his willingness to share it. He was a wonderful professor and even more extraordinary human being. I am thankful to have known him.
b davis
Student
March 18, 2021
Remembering you on you first anniversary of your passing.
Victor Johnson
Family
December 5, 2020
Cherishing your visits to Racine, WI for various family reunions. Also a trip up to Milwaukee to the former Milwaukee Downer Women's College where Barbara attended, seeing buildings and dorm on what is now part of UW Milwaukee. And continuing to west side of Milwaukee to a local biker bar, where we had Sicilian Pizza.
Victor Johnson
December 18, 2019
I was a young faculty member at Wilkes in 1980-1982. Wilbur was one of my faculty mentors. We shared a love of electron microscopy and had many discussions. Wilbur helped me immensely in my early days at Wilkes. I will always remember Wilbur and our other colleagues in the Biology Department. I am so sorry for your loss. Peter A. Siver
December 17, 2019
As a graduate student pursuing a MS in Biology 1969-71, I have fond memories of evening when Dr. Hayes would stroll into my lab to either inquire about my research progress or simply strike up a conversation. He was kind, inquisitive and very supportive..
Steven Case, PhD
December 16, 2019
Wilbur was a kind and generous soul, a person of integrity and loyalty. Many were the interesting conversations we had at Norman Mailer Conferences. He was an educated man on many topics, and his loyalty to both Wilkes University and Norman Mailer were exemplary. You will be missed, Wilbur.

David Light
Former Treasurer of the Norman Mailer Society
December 15, 2019
Rest in Peace, Dr. Hayes.
December 13, 2019
Dr. Hayes taught me physiology and was my advisor as an undergraduate at Wilkes.He was a kind and gentle man and great teacher. My sympathy goes out to his family, friends, and colleagues, who will surely miss him.
David Thomas
December 13, 2019
Thank you for your dedicated service and loyalty. Steve Batory,DBA
December 13, 2019
We knew Wilbur from the time we had him for physiology at Wilkes. It was a friendship that lasted for years, and we will forever miss his keen intellect, multitude of interests, gentle demeanor, and easy laughter. We have lost a truly good man.
Dr. Mark and Maureen Stair
December 13, 2019
May you rest in peace Dr. Hayes. It was always a pleasure seeing you around campus and having those lengthy conversations. Deepest Sympathy to the Hayes family. My thoughts and prayers are with you all.
A. Tambasco
December 12, 2019
May your memories of the wonderful times you shared with your loved one comfort you and your family, today and always.
American Heart Association
December 12, 2019
I just heard of the passing of my friend and colleague , Dr. Wilbur Hayes, today. Wilbur and I were members of the Biology Department at Wilkes College in the late sixties. We were not only professional associates but also personal friends. Even after I left Wilkes to pursue other career goals, he kept in touch. He was a kind and gentle man. I never heard him say anything negative about anyone. He was one of my life's enduring friends. May he rest in peace.
Thomas Mizianty MD; Ph.D.
December 12, 2019
Showing 1 - 13 of 13 results