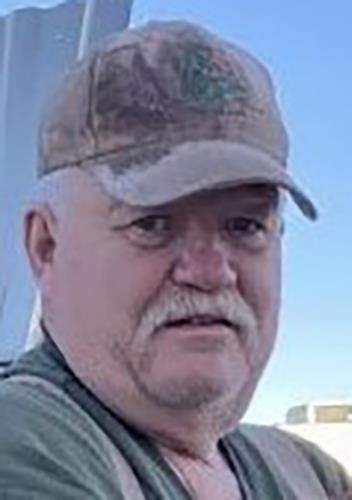 Bruce was born April 16, 1951, in Beaver Falls, Pa., to Paul Decker Sr. and Doris Stanford Decker Eaton. Bruce was the owner and operator of Pecos Diamond Pecans in Artesia. Bruce played football and ran track at Freedom Area High School, Freedom, Pa. After graduation, he attended Wilmington College, Wilmington, Ohio, where he played football for two years. On August 3, 1979, he was married to Vicki Sarvey in New Brighton, Pa. He raised livestock and farmed around New Sewickley, and ran the Sunoco Station in Zelienople, Pa. He moved to Artesia in 1983 where he took a job in the oil fields. In 1995, he and Vicki opened up Shop-N-Go in Artesia, N.M. and later a second store in Carlsbad, N.M.

Bruce had a great sense of humor and loved playing practical jokes on his unsuspecting family members and employees. Outside of running his businesses, Bruce loved spending time with his grandchildren and raising his goats.

He was preceded in death by his father; a brother, Mark Decker; and a brother-in-law, Charles Probst.

Survivors include his mother, Doris of Rochester, Pa.; wife, Vicki Decker; sons, Joey Sullivan and wife Terri, Carlsbad, N.M.; Jason Decker and wife Patricia, Artesia, N.M.; and Brian Decker, Carlsbad, N.M.; brothers, Paul D. Decker Jr. and wife Karen, Keith A. Decker, and Kevin E. Eaton and wife Lisa; Chuck Eaton and wife Alene, and Rick Eaton and wife Cindy; sisters, Brenda K. Probst and Karen Maurer; 12 grandchildren; and numerous nieces, nephews, great-nieces and great-nephews.
Published by The Beaver County Times on Nov. 15, 2020.
To plant trees in memory, please visit the Sympathy Store.
MEMORIAL EVENTS
To offer your sympathy during this difficult time, you can now have memorial trees planted in a National Forest in memory of your loved one.
Funeral services provided by:
Terpening & Son Mortuary
MAKE A DONATION
MEMORIES & CONDOLENCES
Sponsored by Terpening & Son Mortuary.
3 Entries
My prayers to the family. I grew up with this family. Good memories. Rest in Peace Bruce.
Joni Kaufman
Friend
November 19, 2020
To Vicki, Paul, Keith and the entire Decker/ Eaton family want to offer my condolences and sadness in reading of Bruce’s passing. I’m sorry for your loss.
Harry White
Friend
November 15, 2020
Bruce You will always remain in my memories and my heart. I am so Thankful I had the privilege of knowing you and working for you. Rest peacefully now, and keep watch from up above over our Vicki. Karen Podergois
Karen Podergois
November 13, 2020
Showing 1 - 3 of 3 results