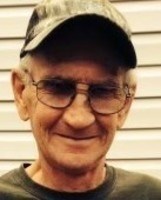 BORN
1941
DIED
2021
FUNERAL HOME
J&J Spratt Funeral Home
1612 Third Ave
New Brighton, PA
David Arthur Durr
Wampum - David A. Durr, 80, of Wampum, formerly of New Brighton, passed away Friday, July 30, 2021 surrounded by his loving wife and family who truly thought of him as their hero.
Born May 16, 1941 in Rochester, Pa., he is the son of the late David William Durr and Jennie (Geissenger) Durr Eakles White. He was raised by the late Charles Eakles. David worked many jobs and retired from B&W and Hap Inc. Dave married his love of his life on June 1, 1958, Sandra L. Rambo and together they raised six children and helped raise Terry K. Eakles and other children who needed a place to stay.
In addition to his parents, he was preceded in death by a grandson, Joseph David Durr, granddaughter, Rachel Faye Durr, daughter-in-law, Terri L. Durr; brother, John Eakles, sister, Sylvia Durr McClain and James White.
David is survived by his wife of 63 years, Sandra L. (Rambo) Durr, his children; Tammie (Jim) Smith, Sandy (Scott) McCauley, David (Linda) Durr, Carl (Jennifer) Durr, Walter (Tara) Durr, Roy (Heather) Durr, Terry (Vickie) Eakles, and Harry McClain; 20 grandchildren, 20 great grandchildren; brothers, Charles (Lois) Eakles, Harry (Jane) Smith, Bobby Eakles: an aunt, Theresa Eakles, and many nieces, nephews and their families.
Per David's request, there will be no services.
The family will be honoring their Hero with a picnic and camp fire because he loved the outdoors and camping with his Hart's Content Campground friends. He and Sandy were able to travel for 15 years. David never met a stranger that he didn't become friends with. He became friends with everyone he met and helped everyone. "If Dad can't fix it no one can".
The family would like to thank Vitas Hospice and Sarah, Heather, and Trish for their loving care.
Arrangements by J & J Spratt Funeral Home, New Brighton.

Published by The Beaver County Times from Jul. 31 to Aug. 1, 2021.
To plant trees in memory, please visit the Sympathy Store.
MEMORIAL EVENTS
To offer your sympathy during this difficult time, you can now have memorial trees planted in a National Forest in memory of your loved one.
Funeral services provided by:
J&J Spratt Funeral Home
MAKE A DONATION
MEMORIES & CONDOLENCES
Sponsored by J&J Spratt Funeral Home.
0 Entries
Be the first to post a memory or condolences.