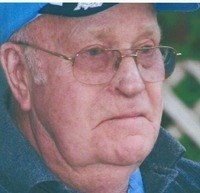 FUNERAL HOME
J&J Spratt Funeral Home
1612 Third Ave
New Brighton, PA
Floyd Edward Fox Sr.
Floyd Edward Fox Sr. age 90, passed away peacefully on July 30, 2021, at home in Franklin Township, Ellwood City, Pa.
Born March 2, 1931, in Iuka, Tyler County, West Virginia. He was the son of the late Rose (Harter) and Dixie Fox.
Floyd was a hard-working family man devoting his life to his wife and children. He married the love of his life in 1949, Catherine "Katy" (Johnston). They were married fifty-four years. Catherine passed away February 14th, 2003 with Floyd at her side.
He is survived by his four children and their spouses. Christine Davis (David) New Brighton; Floyd Fox Jr. (Sonya) Wellsville, Ohio; Rose Fox-Moore (Jon) New Sewickley Twp. He leaves six grandchildren: Dixie, Floyd III, Christopher, David II, Katelyn and Charly. Great-Grandchildren are: Krista, Chad II, Karli, Hailey, Logan, Breanna and Parker. Two Great-Great-Grandsons: Chad III and Valor.
Floyd grew up in a very large family of ten siblings. He enjoyed playing poker with his dad and his brothers. He played guitar with many and sang all the old songs with family members and friends. He enjoyed those days and often spoke of them. He is survived by two, dear to his heart, sisters Bonnie (Fox) Russell of New Galilee and June (Fox) Grant of Washingtonville, Ohio and a sister-in-law Virginia Johnston of Darlington.
He worked in construction for over forty years in Beaver County and surrounding areas out of Local Union #833 of NEW Brighton. He retired as a foreman in 1993.
After retirement, he enjoyed time with his family, woodworking in his wood shop, watching "Gunsmoke", going to flea markets, playing a competitive game of rummy and watching the wildlife he fed in front of the house.
He was loved by his family, his little dog, "Buddie" and his cat "Gracie"
"Until we see him again, he will be missed greatly."
Friends will be received Wednesday, August 4th, from 4:00 to 8:00 pm in The J&J Spratt Funeral Home, 1612 Third Avenue, New Brighton, Pa. where private family funeral service will be held Thursday, August 5th, at 11:00 am with Pastor John Magragee officiating. Private interment will take place in Grove Cemetery, New Brighton.