Shanie T. Selkovits
ABOUT
Sewickley AcademyTaylor Allderdice High School
FUNERAL HOME
Richard D. Cole Funeral Home Inc.
328 Beaver St
Sewickley, PA
Shanie T. Selkovits
Shanie T. Selkovits died peacefully at her home on July 30, surrounded by her daughters.
Shanie was born September 15, 1926, to attorney David Turets and homemaker and activist Leah Turets of Pittsburgh. She graduated from Taylor Allderdice High School at age 16 and earned a B.A. in English and Business from the University of Pittsburgh.
After graduation, Shanie worked as a copywriter and occasional model for various Pittsburgh department stores and advertising agencies. After a few years she took the bold step for her era of moving on her own to New York City, where she was a copywriter for leading NY agencies and lived in a women's residential hotel off Madison Avenue.
Upon returning to Pittsburgh a few years later, she resumed copywriting and a busy dating life...until family friends introduced Shanie to Dr. Sidney Selkovits. They became engaged three months after meeting, and in April 1954, Shanie wore a pale blue cocktail dress to marry Sidney at the Park Schenley in Oakland.
Their first home was the "Mole Hole", a basement apartment in the house they and their growing family soon occupied in its entirety. As her four daughters grew up, Shanie became very active outside the home, whether volunteering, working at village shops or helping to teach second grade at Sewickley Academy. She also returned to school, earning a Masters in Literature from Carnegie Mellon.
Shanie was a profoundly loving and generous wife, mother, grandmother, aunt and friend. She was a voracious reader and peerless wordsmith who dashed off witty poems to commemorate events that caught her eye and made up delightful stories to entertain her children, grand-daughter and other close relatives and friends. She had an encyclopedic knowledge of Hollywood's golden age. Although she would be the first to admit that cooking was not a great interest of hers, she made divine brisket.
Shanie was predeceased by her beloved husband Sidney and eldest daughter Celia and her brother Maxim (Miki) Turets. She is survived by daughters Annie Selkovits (Ross Taylor) of Stamford, CT; Letty Selkovits of New York City; Fran Dava Selkovits (David P. Benton) of Kyiv, Ukraine; grand-daughter Leah Sidney Taylor of Stamford, CT; and many close nieces and nephews spanning multiple generations.
Burial will be private. A memorial celebration will be held at Richard D. Cole Funeral Home on August 2 from 5:00 to 8:00 pm.
In lieu of flowers, the family requests donations to Pajama Program: pajamaprogram.org.
Published by The Beaver County Times from Jul. 31 to Aug. 1, 2021.
To plant trees in memory, please visit the Sympathy Store.
MEMORIAL EVENTS
Aug
2
Celebration of Life
5:00p.m. - 8:00p.m.
Richard D. Cole Funeral Home Inc.
328 Beaver St, Sewickley, PA
Funeral services provided by:
Richard D. Cole Funeral Home Inc.
MAKE A DONATION
MEMORIES & CONDOLENCES
Sponsored by Richard D. Cole Funeral Home Inc..
4 Entries 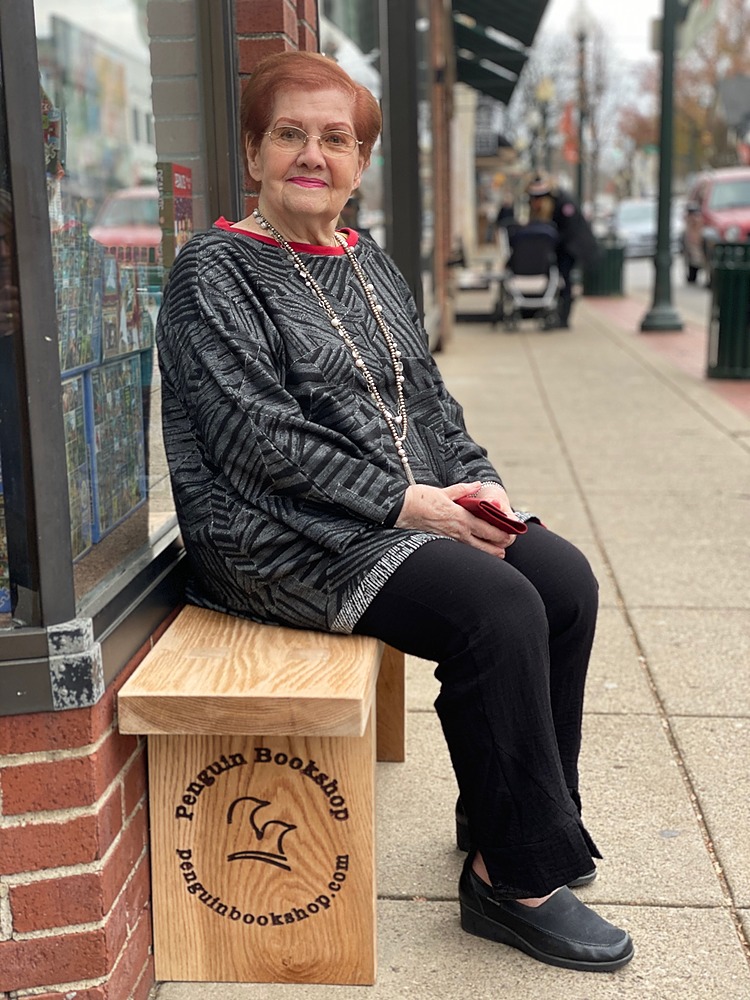