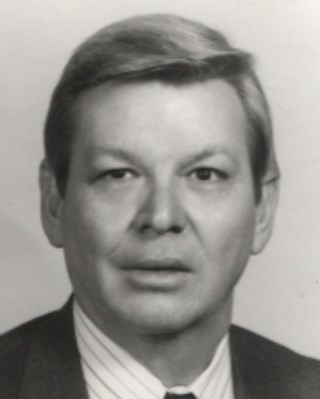 Ward was born in Mosheim, Bosque County, Texas, in 1933. He moved to Wichita Falls in the late 1930s. He married Jettie Ann Barnett on All Saints Day in 1959. She was the granddaughter of Rhea Howard, founder of Times Record News. He and his father, the late Charles W. Ward Sr., operated Ward Crude Oil Company before he joined his wife's family at the newspapers in 1966. Ward held several positions at the paper. Under Ward's leadership, the newspapers won numerous awards and honors.

Ward was also managing editor of the Texas Star, a state wide Sunday magazine in the early 1970s. The Texas Star was distributed in 26 Texas dailies with circulation of two million-the highest readership of any publication in Texas. In early 1980s, Ward edited South Texas Cattlemen in Austin.

Ward was a member of 1949 and 1950 Coyote Championship football teams at Wichita Falls High School, where he also was on the annual staff and president of the writer's club. He attended University of Oklahoma where he was a member of Kappa Alpha Order, president of Union Activities Board and names Big Man on Campus. Ward studied journalism at University of Colorado and Columbia University. He served in the U.S. Army at the research and engineering center at Fort Belvour, Virginia. Ward was founding member of Metropolitan Men's Club, the Wichita Club and served on numerous civic and cultural boards.

Under his leadership, the Wichita Falls newspapers were among the first newspapers in Texas to oppose the Viet Nam War, endorsed by fair housing, integration and civil rights. During his tenure, the newspapers helped win passage of the first city zoning law.

Ward, ever an intrepid traveler, had visited 26 countries. His interest in architecture took him around the world in 2000, where he visited capitals of the state of Punjab in India, Cambria in Australia, and Brasilia in Brazil. The three are planned capital cities built in the mid-20th century. Ward took many trips with his good friend, John Hirschi, to undeveloped countries.

Ward is preceded in death by his wife, Jettie Ann Ward; his daughter, Lora Lee Kelley and his sister Nancy White.

He is survived by his daughter, Anna Ward of Lawton, OK; three grandchildren, Caroline Lee, Kathleen Nicole and Justin Ward Kelley, all of Belton, TX

Condolences may be sent to the family at www.lunnscolonial.com.

Published by Times Record News from Sep. 4 to Sep. 6, 2020.
To plant trees in memory, please visit the Sympathy Store.
MEMORIAL EVENTS
To offer your sympathy during this difficult time, you can now have memorial trees planted in a National Forest in memory of your loved one.
Funeral services provided by:
Lunn's Colonial Funeral Home
MAKE A DONATION
MEMORIES & CONDOLENCES
Sponsored by Times Record News.
3 Entries
Charles hired me at the Times & Record News for my first job out of grad school. He was the best boss I ever had and a good friend.
Jody Cox
Friend
September 7, 2020
Charles was a stand-up guy when I worked for him at the Times and Record-News in 1974 and 1975. He was a mentor and he became a friend. I lost touch with him in recent years. The last time I saw Charles was at Sam Attlesey's funeral in Sulphur Springs.
Peace to him and his family.
Scott K. Parks
Friend
September 6, 2020
JUGS, DEEDY, AND I HAD MANY GOOD TIMES TOGETHER DURING HIGH SCHOOL AND AFTER SWEATING A BUCKET IN THE OLD COYOTE CANYON, WE ALWAYS WONDERED HOW THE GROUNDS KEEPERS KEPT GRASS GROWING THERE. I KNOW HE WILL BE GREATLY MISSED BY HIS DEAR FAMILY, BUT KNOW HE WILL BE WELCOMED BY ALL OF HIS TEAM MATES AND FRIENDS THAT HAVE PASSED AND ARE IN THE ARMS OF OUR SAVIOR, JESUS CHRIST.
L. J. IVIE
Classmate
September 5, 2020
Showing 1 - 3 of 3 results