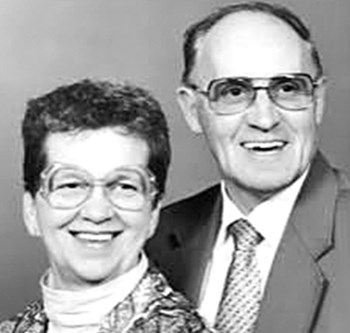 94, of Dover passed away on Friday, May 7, 2021, at Park Village Health Care Center in Dover. Gene was born on July 29, 1926, in Warren Township. He was the son of the late Karl and Ada (Durbin) Dessecker. He was drafted into the United States Navy on July 27, 1944 and honorably served our country during World War II until he was discharged on July 22, 1946. On July 20, 1947, he married Joan Morrison, who preceded him in death on July 8, 2018. He was also preceded in death by two sons, Richard and Jack Dessecker; his daughter, Joyce Dessecker; brothers, Dale, Melvin (Mary), Dennis, and Jerry Dessecker; along with his brother-in-law, Ralph Keller. Gene retired in 1981 from the Dover Post Office where he was a letter carrier for 34 years. He also worked for Dick Klar Athletic Supply for 27 years. He was a member of the Winfield United Methodist Church and a past president of the Dover Board of Education. He played the drums for the Bugle Corp and White Clefs. He was the past president of the National Association of Retired Federal Employees, past president of the Dover Tornado Club, and Kiwanis. Gene was a Dover Little League coach and the co-director of the Tuscarawas County Senior Center Travel Division for 17 years. He was also a mentor for the Dover Basketeers.

Friends are invited to call at the Toland-Herzig Funeral Homes & Crematory in Dover on Tuesday, May 11, 2021, from 1-3 p.m. and 5-7 p.m. A celebration of Gene's life will be held at the Toland-Herzig Funeral Home & Crematory in Dover on Wednesday, May 12, 2021 at 11:00 a.m. with Pastor Bob Mathias officiating. Burial will take place at Dover Burial Park next to Joan. To sign an online guestbook or watch a live broadcast for Gene, visit the obituary link on the funeral home's website. Due to the Covid-19 pandemic masks will be required and social distancing will be practiced. Memorial contributions can be made to Winfield United Methodist Church, 5247 OH-516, Dover, OH 44622.
To plant trees in memory, please visit our Sympathy Store.
Published by The Times Reporter on May 9, 2021.
MEMORIAL EVENTS
May
11
Visitation
1:00p.m. - 3:00p.m.
Toland-Herzig Funeral Home & Crematory
803 N. Wooster Ave., Dover, Ohio 44622
May
11
Visitation
5:00p.m. - 7:00p.m.
Toland-Herzig Funeral Home & Crematory
803 N. Wooster Ave., Dover, Ohio 44622
May
12
Service
11:00a.m.
Toland-Herzig Funeral Home & Crematory
803 N. Wooster Ave., Dover, Ohio 44622
Funeral services provided by:
Toland-Herzig Funeral Homes & Crematory
MEMORIES & CONDOLENCES
Sponsored by Toland-Herzig Funeral Homes & Crematory.
5 Entries
Mr. Dessecker was very kind, supportive to our community. Always a smiling face at sporting events providing us with confidence. Prayers go to the Dessecker famimy
Dean Richards
Friend
May 16, 2021
Ron Scott and family. We are so sorry to hear of your father (grandfather) passing. Your family is in our thoughts and prayers. Ron, please do not hesitate to call if you need anything or just to talk. Scott feel free to pull me aside at work if you need to chat.
Tom Weiser
Friend
May 11, 2021
Gene is fondly remembered for his kind words and pleasant humor.
Kate Endres
Friend
May 10, 2021
My condolences to the family in this difficult time. Gene was my Little League Coach in the mid 1950''s and Ron was the catcher I pitched to! Randy would come to the games with his family and play catch with us! Those were great memories and Gene was a mentor for us young boys....showing us how to play baseball, how to be fair with sportsmanship, how to win and how to lose, how to be a gentleman and kind, and most of all set a great example on how to lead a rewarding life. I so glad he was there for me and all the others he touched. I'm glad he was rewarded with a long life. May he rest in peace
RIchard (RICH) Benson
Friend
May 10, 2021
I was saddened to hear of Gene's passing. My thougts are with the family at this time. Gene was one of the true gentlemans I have ever had the pleasure to know. From his days at Klars in the 1970s, to the many sporting events I used to see him at, it was always a joy to visit with him. He was involved in everything Dover and he will be missed. Ron, Randy and Rod, your dad was so proud of all of you and no doubt he was an excellent father.
Denny Rubright
Friend
May 9, 2021