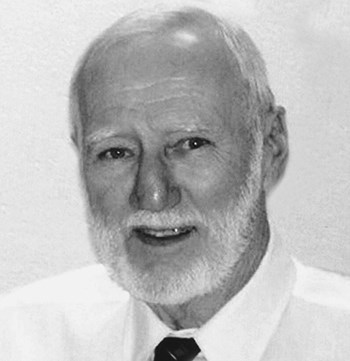 age 84, of Bolivar, passed away Wednesday, January 13, 2021, in Community Hospice Truman House. Born November 6, 1936, in New Philadelphia, he was a son of the late Gail C. and Eliza Belle McCullough Mallernee. Bill graduated from New Philadelphia High School, and went on to do coursework at both Malone College and Kent State University. He was employed by the East Ohio Gas Company (now Dominion Energy) for 28 years, retiring in 1995. Bill was a member of the Bolivar United Methodist Church and taught Sunday school there. He dearly loved time spent with his grandchildren and great-grandchildren. Bill enjoyed the outdoors, especially hunting and fishing. He belonged to Ducks Unlimited, and liked making and collecting decoys.

He is survived by his wife, Laura Ward Mallernee, whom he married on June 28, 1958; his daughter, Lori (Mike) Norris of Bolivar; his son, Rev. William (Patricia) Mallernee of Walnut Creek; his grandchildren: Karley (Tyler) Sargent, Kacey and Cameron Norris, Patti (Jason) Hart, Leanne, Bill (Crystal) and Tom (Tina) Mallernee; his 13 great-grandchildren; his brother-in-law, John Festi; and his nieces and nephews. Besides his parents, Bill was preceded in death by his son, Jeffrey Mallernee; his sister, Betty Festi; and his brother and sister-in-law, Jerry and Darlene Mallernee.

In the interest of safety, because of the surge in the COVID-19 pandemic, a private memorial service will be held in Bolivar United Methodist Church. Rev. Bill Eckert will officiate. To sign an online guestbook and share a fond memory of Bill, please visit the Obituaries link on the Toland-Herzig website. The family suggests that contributions in Bill's memory be made to Bolivar United Methodist Church, P.O. Box 435, Bolivar, Ohio 44612.
Published by The Times Reporter on Jan. 16, 2021.
To plant trees in memory, please visit the Sympathy Store.
MEMORIAL EVENTS
To offer your sympathy during this difficult time, you can now have memorial trees planted in a National Forest in memory of your loved one.
Funeral services provided by:
Toland-Herzig Funeral Home - Dover
MAKE A DONATION
MEMORIES & CONDOLENCES
Sponsored by Toland-Herzig Funeral Home - Dover Toland-Herzig Funeral Homes & Crematory.
3 Entries
To the Bill Mallernee family:

MAY YOUR FOND MEMORIES BRING YOU SOLACE DURING THIS MOST DIFFICULT TIME.
T ltheir fond memories dring this most difficult time., bill mallernee,
kathy geiselman
Friend
January 18, 2021
Lifting up the Mallernee family as you celebrate Bill's life and legacy
Malone University
January 17, 2021
Bill was a good friend , classmate and also a very good man. The very best to Laura and his family during this sad time.God be with you always. Larry And Arlene Fontana
Larry & Arlene Fontana
Classmate
January 16, 2021
Showing 1 - 3 of 3 results