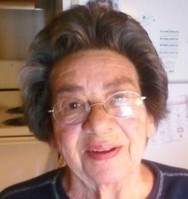 BORN
1929
DIED
2021
ABOUT
Herkimer High School
FUNERAL HOME
Vincent A Enea Funeral Service
527 E Albany St
Herkimer, NY
Charlotte M. Szarejko 1929 - 2021
Long Time Herkimer Resident
HERKIMER - Charlotte M. Szarejko, 91, a long time Herkimer resident, passed away peacefully on Wednesday, May 26, 2021, at The Grand Rehabilition of the Mohawk Valley, Ilion.
She was born on July 25, 1929, in Herkimer, the daughter of the late Menotti and Felicia (Torcia) Chirico. Charlotte was a graduate of Herkimer High School, graduated from the College of St. Rose with a Bachelor of Science degree in nursing. She earned her Master's Degree in nursing at Utica College. Her marriage to Joseph T. Szarejko, took place on November 26, 1955, at St. Anthony's Church, Herkimer. Mr. Szarejko passed away in 1957. Mrs. Szarejko was a Registered Nurse and was later, appointed Director of Nursing for the former Herkimer Hospital and later the Valley Health Services where she was a board member for many years after her retirement. She was a member of the Church of St. Anthony & Joseph Churches, Herkimer. Charlotte's life was centered around her son, Joseph and her cherished grandchildren and great-grandchildren. She was the happiest when she was with her loved ones. She loved to work in her flower gardens, as well as travel to see friends and relatives.
Survivors include her son, Joseph Szarejko and wife, Brenda, of VT; three grandchildren, Joseph Szarejko and wife, Chelsea, of VT, Justin Szarejko, of VT and Sarah Weir and husband, Nick; two great-grandchildren, Emmett and Callie Szarejko; sister, Marie Bello and husband, Dr. Edward Bello; a brother, Francis Chirico; along with several nieces and nephews.
A Memorial Mass will take place on July 16, 2021, at 9:00 a.m., from the Church of St. Anthony & Joseph, South Main St., Herkimer, with Reverend Leo Potvin officiating and assisted by Deacon James Bower. Burial will follow at Calvary Cemetery, Herkimer. In keeping with Charlotte's wishes, there are no calling hours.
Arrangements are under the caring guidance of the Vincent A. Enea Funeral Service, (next to NBT Bank), 527 E. Albany St., Herkimer, NY, 315-866-1500.
In lieu of flowers, please make all memorial contributions to Hospice and Palliative Care, 4277 Middle Settlement Road, New Hartford, NY 13413.
Prayers and condolences may be sent to the family at www.vincenteneafuneralservice.com