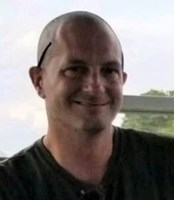 BORN
1978
DIED
2021
ABOUT
West Canada Valley High School
FUNERAL HOME
Mohawk Valley Funerals & Cremations
7507 State Route 5
Little Falls, NY
Daniel J. Farrington 1978 - 2021
Devoted Father, Son, Brother and Amazing Friend
HERKIMER - Daniel John Farrington, age 42, of South Washington Street, passed away on Monday, March 8, 2021 at Bassett Healthcare, Cooperstown, following a brief but heroic battle with cancer.
Dan was born on April 27, 1978, in Herkimer. He was the son of Ralph and Carol (Mosher) Farrington, of Middleville and graduated from West Canada Valley High School in 1996. Over the years, he worked with many local contractors and enjoyed being outside and working with his hands.
Dan was a devoted father, son, brother and an amazing friend. He enjoyed spending time with family and friends, especially his two beautiful daughters whom he loved with all his heart. His love for his girls was larger than life and he would have given them the world if he could. Dan was loyal to his family and friends, honest and always willing to lend a helping hand to anyone in need.
He is survived by his loving family- his mother, Carol (Mosher) Farrington; his daughters, Summer Hoover and Willow Farrington; Willow's mother, Heather Mintel; his siblings, Jeff (Sherry) Farrington, Joe Farrington, Jamie (Sherry) Farrington, Jodie Farrington, Jim Farrington, Kristina Farrington, Kelly (Dennis) Spence and Mark Farrington. He is also survived by many nieces, nephews, cousins and dear friends. Dan's beloved father, Ralph Farrington, Jr., passed away on June 9, 2021. He was predeceased by his loving sister Janaye Farrington-Lowe and joins her in the afterlife.
To honor Dan's wishes, there will be no calling hours or public services. Family and friends held a benefit to support Dan's daughters' future on April 24, 2021 at the Mohawk Fish & Game, located at 2310 State Route 28, Mohawk, NY. Daniel and his family's care has been placed in the trust of Mohawk Valley Funerals and Cremations, 7507 State Route 5 (corner of Bidelman Road), between Little Falls and St. Johnsville, 315-508-5131.
To add to the online memorial, please visit www.mohawkvalleyfunerals.com.

Published by Times Telegram from Jul. 8 to Jul. 10, 2021.
To plant trees in memory, please visit the Sympathy Store.
MEMORIAL EVENTS
To offer your sympathy during this difficult time, you can now have memorial trees planted in a National Forest in memory of your loved one.
Funeral services provided by:
Mohawk Valley Funerals & Cremations
MAKE A DONATION
MEMORIES & CONDOLENCES
Sponsored by Mohawk Valley Funerals & Cremations.
1 Entry
Our sympathy to Dan's family and Heather. Dan as we all know was just a nice guy, well liked and respected. Rest in peace Dan. With our prayers, Gina and Jeff French
Jeff French
Friend
July 9, 2021
Showing 1 - 1 of 1 results