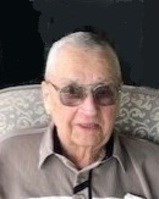 BORN
1931
DIED
2021
FUNERAL HOME
Fenner Funeral Home - Herkimer
115 Court Street
Herkimer, NY
John Francis Lynch 1931 - 2021
MOHAWK - John Francis Lynch, age 89, passed away peacefully on Sunday morning, August 1, 2021, at The Grand Nursing Facility, Ilion. He had the comfort and support of his loving family at his side.
John was born on October 25, 1931, in Middleville, son of the late Floyd B. and Mildred Moody Lynch. A lifelong area resident, he went to a one room school house in Middleville. After his schooling, he worked for the Allegro Shoe Factory, Little Falls, where he met his future bride, Theresa Yelle. He later went to work for 24 1/2 years as an assembler and later as foreman at the Remington Arms Company, Ilion. After he retired from the Remington Arms Company, for a few years he worked for Leo Lynch Contracting, Middleville. He then went to work for Calvary Cemetery, Herkimer, for 20 years and retired in 2014.
On January 20, 1951, he was united in marriage to the former Theresa A. Yelle in St. Mary's RC Church, Middleville. They shared a loving and devoted union of 67 years until her passing on August 22, 2018. Mr. Lynch had a strong belief in God and was a member of St. Francis deSales RC Church, Herkimer. He was also a fifty year member of the Herkimer Lodge #1439, B.P.O.E.
To all who knew John will never forget a kind, caring and helpful man. He was always ready to help others while looking for nothing in return. He will be greatly missed.
Surviving him are one son, John (Jack) B. Lynch and his wife, Rose, of Ilion; two daughters, Ann Marie Hill and her husband, John, of East Herkimer and Nancy Murphy, of Ilion; a brother, David Lynch and his wife, Pauline, of Richfield Springs; one sister, Alice Pogowski and her husband, Walt, of Cold Brook; a brother and sister-in-law, Charles (Chuck) and Carole Yelle, of Clifton Park; five cherished grandchildren, Lindsay Jordon with husband, Rob, Paul Lynch with wife, Marcia, Anne Murphy, Joseph Lynch and Daniel Murphy; several nieces, nephews and cousins.
Besides his parents and wife, Theresa, he was preceded in death by his brother, Leo Lynch; and a sister, Mary Lynch.
A Mass of Christian Burial will take place on Friday at 1:00 p.m. in St. Francis deSales Church, Herkimer, with the Reverend Leo Potvin officiating. Interment will follow in Calvary Cemetery. Members of Herkimer Elks Lodge #1439 are asked to meet at Calvary Cemetery at 2:00 p.m. for ritualistic services. Friends and relatives are invited to a gathering at the Herkimer Elks Lodge to Celebrate the Life of John. The celebration will take place immediately after the cemetery service.
Expressions of sympathy may be made with memorial donations to the Herkimer Elks Lodge #1439, 124 Mary Street, Herkimer, NY 13350.
Funeral arrangements are with Fenner Funeral Home, Inc., 115 Court Street, Herkimer.
Published by Times Telegram from Aug. 3 to Aug. 5, 2021.
To plant trees in memory, please visit the Sympathy Store.
MEMORIAL EVENTS
Aug
6
Celebration of Life
Herkimer Elks Lodge
Herkimer , NY
Aug
6
Celebration of Life
1:00p.m.
St. Francis deSales Church
Herkimer, NY
Aug
6
Interment
2:00p.m.
Calvary Cemetery
NY
Funeral services provided by:
Fenner Funeral Home - Herkimer
MAKE A DONATION
MEMORIES & CONDOLENCES
Sponsored by Fenner Funeral Home - Herkimer.
0 Entries
Be the first to post a memory or condolences.