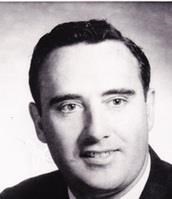 BORN
1930
DIED
2021
FUNERAL HOME
Applegate-Day & Enea Family Funeral Home
102 West Street
Ilion, NY
John T. McKenna 1930 - 2021
Beloved Father and Grandfather
ILION – John T. McKenna, age 91, formerly of Ilion, passed away unexpectedly, on Sunday, July 4, 2021, at his home, in Suwanee, GA.
Born in Ilion, Jack graduated from the Annunciation School in Ilion and Ilion High School Class of 1947. Jack was a stand-out basketball player, serving as team captain his senior year. He enjoyed watching High School and College basketball through his life and was an avid fan of Syracuse U. basketball.
After high school, Jack continued his education at MVCC. Majoring in marketing and minoring in fast-pitch softball, Jack had a great time, until he was drafted into the military. The Korean conflict was underway and he was given the choice of services in which he could enlist. He joined the US Navy and served four years, most of it on the Aircraft Carrier escort Kula Gulf. His Navy cruises were in the Mediterranean, where Jack was able to visit many gulf countries and experience a variety of cultures. While at their home base in Virginia Beach, VA, Jack met his future wife, Nira.
After his enlistment ended, Jack returned to Ilion with Nira, where they married and started a family. He joined Oneida National Bank as a teller. He worked his way up the ranks within Oneida National Bank, starting with general bank management and moving eventually into business lending.
While serving his bank customers, Jack served the community in the Knights of Columbus, Kiwanas Club, United Way, Chamber of Commerce and county development corporations. He was especially proud of his participation in the American Cancer Society. Though several mergers, Jack continued to serve his business customers in New York State, before retiring as an Executive Vice President of Bank of America.
He had a busy career, but found time to take his family on vacations to Nira's family in the mountains of West Virginia, lakes in the Adirondacks and trips to New England and Maine. In spite of a demanding career, his zest for life and energy enabled him to maintain a healthy balance between work and family.
Jack enjoyed his retirement years. After retiring from Bank of America, Jack and Nira moved to Panama City Beach, FL, where they lived for several years. Jack's retirement allowed him to spend more time with his family. He especially enjoyed time with his grand and great-grandchildren. After several years, they moved to the Atlanta, GA, area, near his sons, Jim and John and lived there until his death.
Jack, as he was known to family and friends, is survived by his sister, Joann Joy; and children, Jim McKenna, Kevin McKenna, Suzanne Gerling, John McKenna and Sharon McGuire; grandchildren, Heather Sides, Jim McKenna, Christine Goux, Kevin McKenna, Megan McKenna, Jason Gerling, Nicholas Gerling, Ryan Gerling, Johnny McKenna, Katelynn McGuire, Caroline Sorriento and John Patrick McGuire; great-grandchildren including, Riley and Jakob Sides, Jackson, Brantley and Sullivan Goux, Andrew and Nolan McKenna, Nathan Skinner and Parker Gerling. Jack was predeceased by his parents, James J. McKenna and Julia C. McKenna, of Ilion; brother, Edward McKenna; sister, Mary Greenfield; as well as his beloved wife, Nira McKenna.
Calling hours will be held Monday, July 12, 2021, from 3:30 p.m. to 5:30 p.m., at the Applegate-Day & Enea Family Funeral Home's larger location, at 4309 Acme Rd. (Old Main St.), Ilion (Town of Frankfort).
Funeral services will be held 10:30 a.m., Tuesday, July 13, 2021, at the Church of the Annunciation, Ilion, where a Mass of Christian Burial will be celebrated by Father Paul Catena, Pastor. Burial will be in Armory Hill Cemetery, Ilion.
Anyone wishing to share a memory of John, or add to his online memorial, may go to www.applegateandday.com.
John's service arrangements and supervision are entrusted to his Family Funeral Director and friend, Don Applegate.

Published by Times Telegram from Jul. 8 to Jul. 10, 2021.
To plant trees in memory, please visit the Sympathy Store.
MEMORIAL EVENTS
Jul
12
Calling hours
3:30p.m. - 5:30p.m.
Applegate-Day & Enea Family Funeral Home
102 West Street, Ilion, NY
Jul
13
Mass of Christian Burial
10:30a.m.
Church of the Annunciation
Ilion, NY
Funeral services provided by:
Applegate-Day & Enea Family Funeral Home
MAKE A DONATION
MEMORIES & CONDOLENCES
Sponsored by Applegate-Day & Enea Family Funeral Home.
9 Entries
Sue, Jim and Kevin, so sorry to hear of your Dad's passing. I was so fortunate to spend time with the McKenna clan both at your home and with scouts. Truly some of my favorite memories. May his memory be a blessing, as you were to him. Much love, Mark Bisnette
Mark Bisnette
July 12, 2021
John, Jim and family, sorry to hear about your Dad passing. Our thoughts and prayers are with you. John I´ve been trying to reach you, just concerned, could you give me a call, thanks.
Ray and Sherry Tonazzi
Friend
July 11, 2021
Sharon and family, very sorry to about the loss of your dad, my god be with you all in these coming days.
Radine & frank thomas
Friend
July 10, 2021
We express our deepest sympathy on the death of your father
Steve and Diann Gerling
Family
July 10, 2021 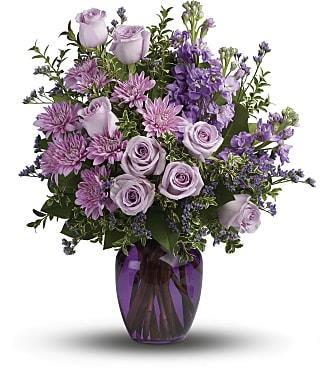 Love, The Murphy Family
July 9, 2021
SORRY FOR YOUR LOSS.JOHN WAS VERY HELPFUL IN MY BUSINESS. I OWE HIM A LORT OF THANKS
GLORIA & Wayne Jacobson B & W auto parts
Other
July 9, 2021
We are so sorry for the loss of Uncle Johnny.
Paul & Pat Greenfield & Family
Family
July 9, 2021
Jack was a wonderful guy, warm, friendly and always one of the most sensible in the room. With Oneida National and the Oneida County Economic Development Corporation he was a key force in the economic growth of the area. His grace and influence made a lasting mark on the community and many people within it.
Rodger Potocki
July 9, 2021
Sue and family, So sorry to hear about your Dad. Memories go back to our high school days, but I always will remember your Dad fondly. Keeping you and your family in my prayers during this difficult time.
Lisa Mattison-Bates
July 8, 2021
Showing 1 - 9 of 9 results