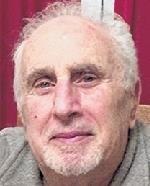 Koweek, Arthur HUDSON Arthur Koweek, of Hudson and Copake, N.Y., passed away on November 16, 2020, at Columbia Memorial Hospital, following a brief illness. He was 97 (almost 98) years young. Born to the late Anna and Morris Koweek, and raised in the Bronx and Queens, he was the brother of the late Albert (late Clara) and late Maxwell (late Hannah, Hilda) Koweek. Arthur graduated from James Madison High School in 1939, and received his B.S. degree from Washington State University in 1946. He proudly served his country in World War II as a member of the Army Air Corps, mustering out of service as a second lieutenant having served in the European theatre as a bombardier. Upon his return to New York, he went on a blind date with Janice Silver; they were married in 1950 and shared 56 years of love and happiness until Jan's passing in 2007. Together with his beloved wife, he owned and operated The Town Fair baby and children's store as well as Hudson Valley Supply Co., bringing toys and happiness to countless children and families. Arthur believed strongly in giving back and was active in a myriad of community affairs. A life member of Hudson Fire Company #8 since 1950, he frequently jumped up from the dinner table to answer the chimes. He served on the Hudson Youth Advisory Board, and the Columbia County Health Care Consortium, receiving the Anne W. Zittell Friend of the Consortium Award in 2018. He served on both the Hudson City and N.Y.S. Planning Federation Boards for over 50 years, stepping down when he turned 95. Arthur is survived by his children: Richard (Toni) of Hudson, Jimmy (Annette) of Elgin, Ariz., Joan (Gary Arcuri) Koweek of Claverack, and Paul (Maryann) Silver of Kinderhook. He was the adored and adoring Grandpa to David (Manoela Romano de Orte) Koweek of Palo Alto, Calif., Stephanie Koweek of Austin, Texas, Molly Koweek of Dayton, Ohio, Katie (Ben) Anderson of Tucson, Ariz., Clay (Mollie Silva) Koweek of Tucson, Ariz., Sommer and Wesley Koweek both of Flagstaff, Ariz., Gage Arcuri of Claverack, Joseph (Corinne Bee) Silver of Tucson, Ariz., and Lizzie (Austin Hughes) Silver of Norfolk, Va.; and honorary Grandpa to Anna (Georgio Bonacchini) Barzanti of Palo Alto, Calif. In addition to his children and grandchildren, he is survived by his nieces, nephews, and their children: Steven (Patti) Silver of Longmeadow, Mass., Barbara (Arthur) Phillips of Connecticut, Rob (Susan) Koweek of California, Judy (Peter) Blake of New York, Arlene (Barbara Leff) Singer of California. He is also survived by his special cousin and lifelong buddy, Albert (late Babe) Norman, and lifelong friends: Howard and Mildred Topper, Ernie Woods, and Bill and Marianne Lowenstein. Due to COVID-19, burial in the Cedar Park Cemetery in Hudson was private and for immediate family only. A celebration of life will be held when COVID-19 permits. To remember Arthur in a special way, please consider a contribution to the Columbia-Greene Community College Foundation Jan Koweek Scholarship or the FASNY Fireman's Home in Hudson, where Arthur resided and thrived for the past two years.

To plant trees in memory, please visit our Sympathy Store.
Published by Albany Times Union on Nov. 22, 2020.
MEMORIAL EVENTS
No memorial events are currently scheduled.
To offer your sympathy during this difficult time, you can now have memorial trees planted in a National Forest in memory of your loved one.
GUEST BOOK
2 Entries
a very special family friend as well as old boss many years ago
shirley bennett
Friend
November 23, 2020
We are so sorry to hear of your loss. Art was truly one of a kind. I was always made to feel like one of your family when we were together at the lake. I have many fond memorries of dinners with your father and playing with the Charcoal grill. I miss seeing you all. You are in our thoughts and prayers.
Bob and Carol Bixby
Friend
November 23, 2020