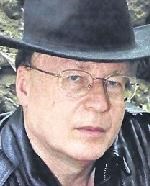 FUNERAL HOME
Barton-McDermott Funeral Home Inc
9 Pine St
Chestertown, NY
Starbuck, David R. CHESTERTOWN David R. Starbuck, noted archeologist, author and professor, died Sunday evening, December 27, 2020, at Glens Falls Hospital surrounded by friends. David was predeceased by his parents, Samuel and Frances Starbuck; and his brother James E. Starbuck. He leaves behind his many friends, students and archeological family that shared his passion. A proud native of Chestertown, David attended Chestertown Central School, graduating in 1967. He attended St. Lawrence University for two years before transferring to the University of Rochester where he graduated summa cum laude. David received his master's degree and doctorate in anthropology from Yale University. David was always fascinated by archeology and history. He knew at an early age that he would follow a career as an archeologist. He was a lecturer and assistant professor at Phillips Exeter Academy, Dartmouth College, University of Vermont, R.P.I., Boston University, Yale University and most recently professor of anthropology at Plymouth State University in New Hampshire from 1992 to 2020. David conducted countless archeological digs in northern New York, including Fort William Henry and Battleground Park in Lake George, Rogers Island and Merchant's House (Sutler's) in Fort Edward and Saratoga National Historical Park. His love of local history, especially that of the French and Indian War were unparalleled. David was a noted author and has published numerous books and articles regarding his archeological digs. His favorite areas included the Shaker Village sites in New Hampshire and Loch Lomond, Scotland, the home of his maternal ancestors. He was a world traveler, often taking his students and friends to some of the best archeological dig areas around the world, including Mexico, Egypt, South America, Italy, Israel, Cambodia and England. When asked, "what is the best thing you have ever done," his reply was "the fact that I've had a thousand or more diggers, thousands of students, and I have taught 70 field schools." "If given the chance, I will dig to the very end - it is my passion." David finished his last dig in Fort Edward in November of this year while fighting stage four pancreatic cancer. Mission accomplished! Graveside services will be conducted in late spring followed by a celebration of life at David's farm in Chestertown. Dates will be announced. Memorial donations may be made to: The Historical Society of the Town of Chester, Inc. P.O. Box 423, Chestertown, NY, 12817. Arrangements are entrusted to Barton-McDermott Funeral Home, Inc., 9 Pine St., Chestertown, NY, 12817.

Published by Albany Times Union on Dec. 30, 2020.
To plant trees in memory, please visit the Sympathy Store.
MEMORIAL EVENTS
To offer your sympathy during this difficult time, you can now have memorial trees planted in a National Forest in memory of your loved one.
Funeral services provided by:
Barton-McDermott Funeral Home Inc
MAKE A DONATION
MEMORIES & CONDOLENCES
26 Entries
Deepest condolences to David's family and his larger archaeological/historical community family. I am saddened to hear of his passing. Far too young. Many fond and happy memories of David as my Masters Advisor at RPI in the Historical and Industrial Archeology Program. Enjoy the Stars David.
Barry Gray
Student
January 17, 2021
So sad to hear the end had come for him. He was very open discussing through email (I now live in AZ) his battle the last time we talked in June of 2020. I was a volunteer digger for about 8 years at various sites starting in 2007 at Ft. Edward. Since I lived in PA I used to stay at his farm for 2 weeks which gave us the opportunity for some meaningful discussions. There were many, many loyal diggers who worked with him for years. Some of them have sadly passed too. It should be mentioned that he was very involved in astronomy and had 4 telescopes at last count. The biggest he had installed in a field near his house at the farm. He told me he envisioned letting the local schools use it. So sad.
John Kruse
January 10, 2021
I first met David in the 70's when I attended a tour of the Temple glass works and became an archeological groupie working on David's projects at Mt. Independence, Rogers island, and other sites in VT, NH and NY. ( I even bought one of his beloved Toyota MR2s). I will forever think of him every time I have a slice of blueberry pie.
Peter Lihatsh
January 8, 2021
Dr. Starbuck was a teacher and mentor for our son Douglas. He worked with Dr. Starbuck at Lake George Battlefield site in the summer of 2015. Doug studied anthropology at SUNY Geneseo, and has severall of Dr Starbucks books. Thank you to a great teacher. You will be missed by all in the field.
Michele M Indzonka
January 8, 2021
David was a good friend and an outstanding Archaeologist. He gave everything to the science. He was a mentor to so many and an idol of mine. He will be truly missed.
Darrell Pinckney
Friend
January 2, 2021
I have always enjoyed and profited from reading David Starbuck's studies in historical archaeology, particularly his studies of "The Great Warpath," the Hudson/Lake Champlain/Richeliu River corridor that was decisive during the French and Indian and Revolutionary Wars. He was an excellent scholar, and he will be greatly missed.
David Babson
January 1, 2021
A Great Loss To the areas digs for the past history of our past.
Donald Lee Griffin,Sr.
December 31, 2020
David was a wonderful scholar and a very nice person. He will be missed by all his fellow historical archaeologists.
Robert L. Schuyler
December 31, 2020
Dr. Starbuck, I am so very sorry to hear about your passing. I can't thank you enough for the wonderful knowledge I have learned from you at Plymouth State College. You will be sadly missed. May you dig safely through the heavens and stars. Thank you for so much. It has been a pleasure in knowing you.
Rachel Mueller
December 31, 2020 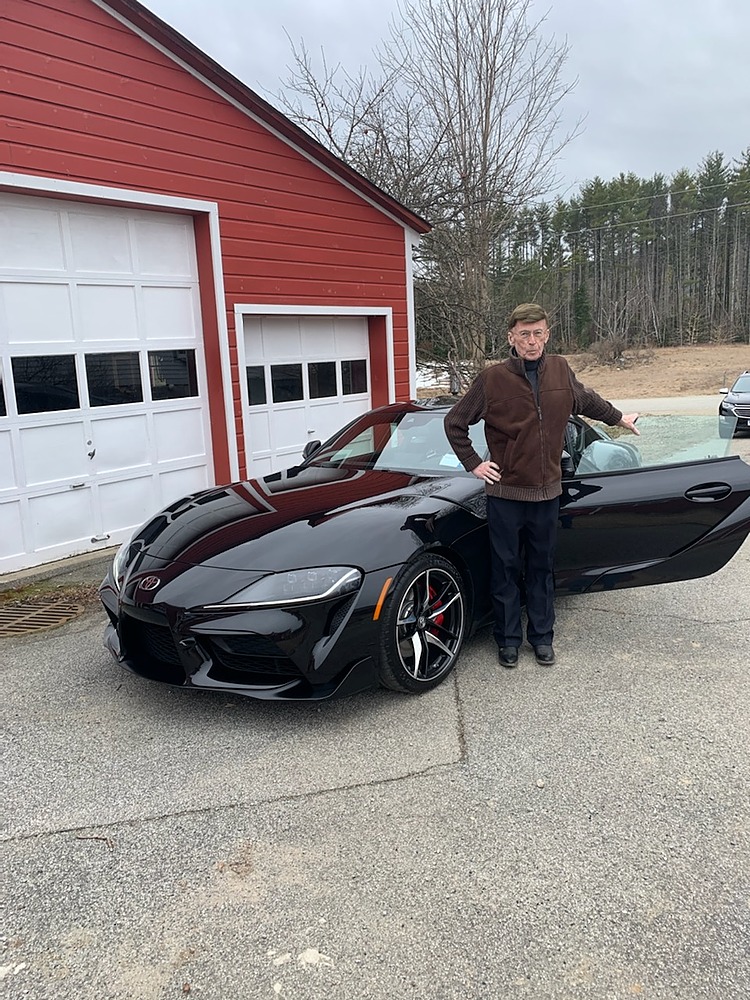 Im so sorry to hear. David was such a nice man, a customer of mine from New country toyota in Saratoga. Purchased several cars from me and became more of a friend. I will miss seeing him and talking with him. Sorry for all of his family, friends and students loss.
Cary Hickey
December 30, 2020
I´ll miss you and sharing my experiences diving in Lake George looking for artifacts from the French and Indian war and digging on the Fort William Henry site before reconstruction. I always appreciated the work you were doing to discover, preserve and share the historical importance of the area. I´ll miss you.
Carleton (Carl) Dunn
December 30, 2020
My deepest sympathy to David´s family. He was one of the kindest and most approachable sources I interviewed while reporting in Washington County. To this day, I fondly remember our adventures on Rogers Island. May he rest in peace.
Bonnie Winchester
December 30, 2020
David, you are not gone......still living in the hearts and minds of all you touched as well as the Farm which will carry your dreams into the future. Good Luck, my friend
Rick Saunders
December 30, 2020
I first met David at RPI to discuss an upcoming Fort Edward dig (1986??). I remember how nervous I was to work on that project with him; turned out he was sweet and unpretentious (not at all what I anticipated:-), I couldn't get enough of our talks, he was brilliant. David was so proud of his students, volunteers and digs, he loved sharing history in it's most natural form. I could talk to him for hours. He always seemed to be finishing a book when I ran into him throughout the years, which he said would be his legacy. I am honored to have touched his life and thankful for the way he touched mine. RIP Always, Monika
Monika
December 30, 2020
David will be greatly missed by all of us that benefitted from his love of teaching archaeology. Thank you for all you did and Rest In Peace.
Lyn Karig Hohmann
December 30, 2020
As reenactors, we had the opportunity to attend his interesting presentations during events. We will miss hearing about his latest findings at historic sites. He will be missed as a person who increased our knowledge of the French and Indian war period.
Joe and Mary Pobieglo
December 30, 2020
Rest In Peace My Friend
Merle Parsons
December 30, 2020
Rest In Peace my friend......
Merle Parsons
December 30, 2020
May he rest in Peace..
AJ McGuire
December 30, 2020
He was such an interesting person...RIP David
Steph.
December 30, 2020
Dr. David Starbuck has taught me many lessons in life and in studies. I can´t put to words how much I appreciate the time and effort he put into his students. He will be missed so dearly.
Mary
December 30, 2020
We will forever be grateful for the decades Dr. David Starbuck spent in Fort Edward teaching many students and volunteers the techniques of discovering the historic importance of "the fort" in our community along the Hudson River.
The Fullers
December 30, 2020
I first spent time with David when I was newly married to one of his maybe 16 fellow graduates from Chestertown high school, Christopher Boggia, and we hosted a class reunion at our own farm in Chestertown. Over the years I heard great stories from Chris about the beautiful Starbuck farm, David´s home till the end, a poultry farm when they were in high school together, before it produced the prized Christmas trees that we couldn´t afford. Although I can´t vouch for its accuracy, Chris told me that an old willow on the Starbuck place had its beginnings when someone who had ridden up to the place on horseback, forgetting his crop, had broken off a willow branch to use as a switch and stuck it in the ground before he walked into the farmhouse. I had read about David while visiting his dig in Fort Edward. And I met David at Ft William Henry the very day he was flustered to discover that the fort had been rebuilt based not on the actual remains of the structure but on the specs from London that had been altered during the construction. David and I shared lots of information when both of us had been contacted by the same outfit about installing solar farms on our properties. David told me private stories about his family and his amazing adventures and David shared with me his hopes for making his place self sufficient so it could stay in the family after he passed. I was always touched by the gentle, sweet, self effacing core of this very accomplished man who contributed much to his field, became the preeminent archeologist in the area, and thought so much about his childhood friends and his childhood home. Rest In Peace David.
Barbara Boggia
December 30, 2020 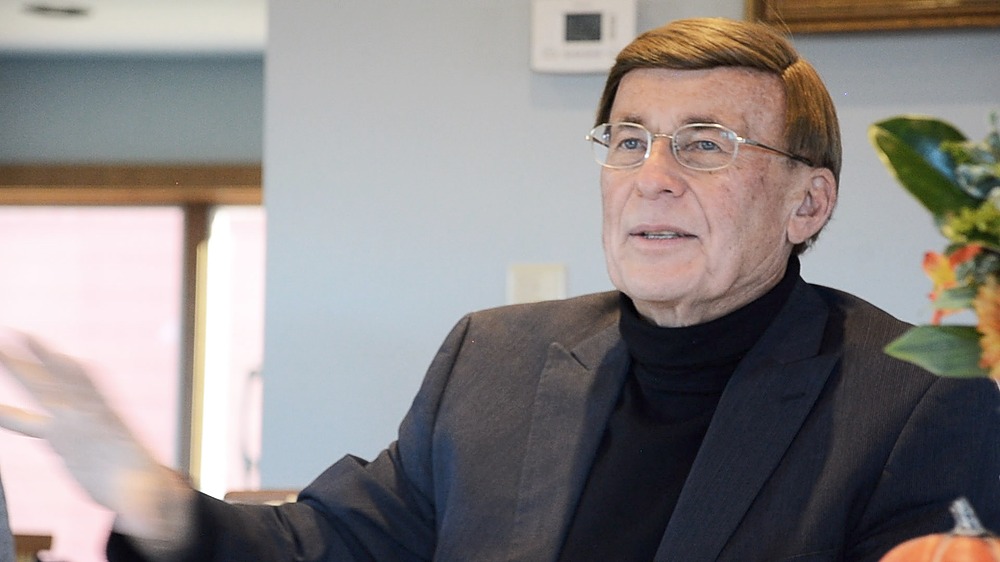 David and I were one of the 10 kids that went K-12 together, the Chestertown Class of 1967. Here is a pic from our 52nd reunion, Oct 2019. Cancer Sucks.
Jim "Chipper" Dunn
December 30, 2020
Dave was truly a gift to so many people. He was able to inspire so many people to explore the wonders of history and archeology. He related equally to young students, lay people, and his PhD peers. His expertise and enthusiasm for the history of of this area will be missed. Thank you for inspiring so many to explore the past which he made alive for all his students, RIP.
Dr Lowell J Levine
December 30, 2020
I worked with David at Plymouth State for many years. He was a great colleague. I feel lucky that I got to work with him.
Philip C. Haskell
December 30, 2020
Showing 1 - 26 of 26 results