Dolores V. Tubbs
1928 - 2020
BORN
1928
DIED
2020
Tubbs, Dolores V. DELMAR Dolores Veronica (Doell) Tubbs passed away on Wednesday, November 18, 2020, at the age of 91. Dolores spent most of her life raising her family in Hyde Park along with her husband of 56 years, Howard Tubbs. Howard passed away in 2011 from Parkinson's Disease. Dolores was born on November 27, 1928, in Poughkeepsie to Marie and Joseph Doell. She graduated from Poughkeepsie High School in 1947. She retired from IBM in 1991. Dolores was a member of the DoCDo square dancing club, Hudson Valley Bluegrass Association, Hudson Valley Folk Guild, and the Hudson River ACBS. Dolores volunteered in the Greenhouse at the local hospital in Poughkeepsie, as well as the Renaissance Nursing Home. Dolores is survived by her sons, Kevin (Sue), Neal (Joan), and Carl (Amy). Dolores had five grandchildren and four great-granddaughters. Dolores spend many happy years camping and boating with her extended family. Dolores was predeceased by her son Paul, who passed away in 1964. They were a tight knit extended family that she remained close with. Dolores spent the last five years in Delmar at the Spinney where she made many new friends prior to her move to a family care facility (the Moran House) in Wynantskill. Dolores had a rare form of melanoma which she fought valiantly during the last couple of years of her life. She is now at peace. There will not be a funeral at this time due to the COVID-19 outbreak.

To plant trees in memory, please visit our Sympathy Store.
Published by Albany Times Union on Nov. 22, 2020.
MEMORIAL EVENTS
No memorial events are currently scheduled.
To offer your sympathy during this difficult time, you can now have memorial trees planted in a National Forest in memory of your loved one.
Funeral services provided by:
Meyers Funeral Home, Ltd.
GUEST BOOK
2 Entries 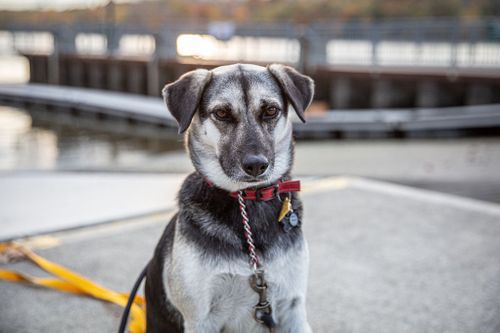 I've just learned of the loss of my friend, Dolores Tubbs. We were next door neighbors in Delmar, and our friendship continued during her stay at the Moran Home in Wynantskill. Dolores was fond of my therapy dog, Silvie, and enjoyed our visits to the Moran Home. Dolores and I shared our passion for being on the water - me in a kayak or canoe, while she preferred the motorized version. She shared photos of her boating adventures with me, and spoke warmly about those younger days. We learned that we both had the same favorite pizza joint. I didn't mind driving to Red Hook to pick up a delicious pizza pie to bring to Dolores...watching her eat and enjoy it with such such gusto gave me such pleasure. I loved to make Dolores laugh which was was easy to do. Silvie and I shall miss our get-togethers.
Fran Martino
Friend
December 4, 2020
Absolutely enjoyed getting to know Dolores - we had so much fun in our genealogy group. Loved her sense of humor and that she had no filter in her words. My condolences to the family. Lynne Collins, Spinney at Van Dyke
November 23, 2020