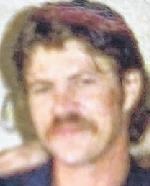 BORN
1958
DIED
2021
FUNERAL HOME
Parker Bros. Memorial Funeral Home, Inc.
2013 Broadway
Watervliet, NY 12189-2225
White, Donald G. WATERVLIET Donald G. White, 62 of Watervliet, passed away suddenly on Sunday, April 18, 2021, in his home. Born in Troy on September 20, 1958, he was the son of the late Donald P. and Ruth (Winters) White. Don was retired from the Painters Union Local 201. He was an active member of the AOH in Watervliet where he had many friends. He loved the taverns in Watervliet and will be especially missed at the Watervliet Tavern where he spent many afternoons until COVID-19 shutdowns and ill health. Don is survived by his two children, Donald J. and Kaci (Joe Campbell); his brother Jeffrey S. (Jill); and his sister Christine. He is also survived by Lori Curione, his children's mother and his longtime friend. There will be no services and interment will be private. In lieu of flowers, you may donate to the American Lung Association in his name, then go open a nice cold beer or two in his memory.

To plant trees in memory, please visit our Sympathy Store.
Published by Albany Times Union on Apr. 29, 2021.
MEMORIAL EVENTS
No memorial events are currently scheduled.
To offer your sympathy during this difficult time, you can now have memorial trees planted in a National Forest in memory of your loved one.
Funeral services provided by:
Parker Bros. Memorial Funeral Home, Inc.
MAKE A DONATION
Please consider a donation as requested by the family.
MEMORIES & CONDOLENCES
6 Entries
R I P Don Condolences to the family
Liam cahill
April 30, 2021
Don was a great AOH Brother, I remember him carrying the American & Irish flag at the annual Albany Saint Patrick's Day Parade. We will miss Don at the Columbkill Pub.
Mike Keane, Watervliet AOH
April 30, 2021
I have many fond memories of my times with Don. He was a good friend and would do anything for you. Don, you will be missed Prayers my friend. Prayers to your family
Ken Springer
April 30, 2021
Our deepest condolences, Allen and Dorothy Styno (from Western/Eastern Ave)
Allen Joseph Styno
April 29, 2021
Shocked, and so sorry, to hear of Don´s passing! I will always remember his laid back and easy going nature! My sympathies and heartfelt condolences go out to my sister Lori, his children Kaci and DJ, and all those that knew and loved him.
Vicki Curione
April 29, 2021
Offering our deepest sympathies during this time.
The Staff of Parker Bros. Memorial Funeral Home
April 29, 2021