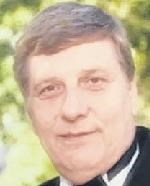 Duerr, Frank G. GUILDERLAND Frank G. Duerr, 75, a devoted husband, father and grandfather, passed away peacefully at home on Saturday, November 21, 2020, with his beloved wife by his side. Frank was born on June 9, 1945, in Brooklyn, where he lived and met the love of his life, Barbara, at age 14. They married and remained in love for 58 years, moving from the city and raising their three daughters in East Islip, Long Island. Frank was a retired New York City police officer, named to a special plain clothes anti-crime task force in Midtown Manhattan, a job he did with pride for many years. He was named to the Honor Legion of the Police Department of the City of New York, a membership organization for those who, since 1900, received department recognition and have been awarded medals for deeds of valor performed at imminent risk of life or who have been commended for acts at personal risk, and who are entitled to wear the insignia of the department, Heros of the Finest. The Legion recognizes no rank; it is a force within a force, a tower of strength to combat evil, an inspiration from within, a beacon of hope for the weak, a leaven for good. It's tenets, self-respect, courage, loyalty and devotion to duty, Frank lived by in both his professional and personal life. Of course, Frank was a character who also had a mischievous twinkle in his eye and a sense of bluntness and sarcasm that was hard to match. All who knew him loved this about him and were drawn to both his protective serious side and his boyish love for life. Frank will be dearly missed by his family and many friends. He will walk with them in spirit through life and his legacy will be the good they continue to do for others in his honor. Frank is survived by his beloved wife, Barbara; his daughters, Cherie, Michelle and Christina; his sons-in-law, Gerard and Richard; and his cherished grandchildren, Molly, Sean, James and Sophia, who were the apples of his eye and the reason he moved to Albany to help raise and protect them. A private funeral Mass in his honor will be held on Saturday, November 28, at 11 a.m. in St. Vincent de Paul Church, Albany. The service is for family and close friends. Face masks, social distancing and occupancy requirements will be observed. No wake or gathering will be held due to COVID-19.