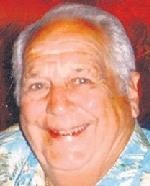 BORN
March 22, 1927
DIED
November 18, 2020
Leak, Frank A. COLONIE Frank A. Leak, 93, passed away peacefully after suffering a long illness on Wednesday, November 18, 2020, at his residence. He was born March 22, 1927, in East Greenbush on the family farm where he was raised by his mother, Mayville Lasher Leak. Frank served in the U.S. Navy during World War II. He left the Navy to return home and help his mother on the family farm, after his grandfather's death. Frank was predeceased by his first wife of 61 years and mother of his children, Joan C. Leak, in 2010. He is survived by his beloved wife, Mae Leak; his loving daughters, Joanne (Kurt) Hellijas and Diane (Bill) Cox; adored grandchildren, Scot (Liz) Seguine and Melissa (Jim) Williams; great-grandchildren, Jaden Williams and Olivia Seguine; daughter, Roxanne Norwood and grandson Richard Norwood; and cherished fur babies, Toto, Noel and Patsy. Frank was predeceased by his faithful pug, Sophie. He is also survived by his beloved and loyal friends in the Village of Colonie, who meant so much to Frank and his family. The family thanks you from the bottom of their hearts for all the love and support. Frank built an unshakeable reputation for quality and honesty as a building contractor for 45 years and as a municipal official. Frank always lived by what his mother taught him, treat people the way you want to be treated. Frank was a trustee in the Village of Colonie for 16 years and proudly served as the mayor of the Village of Colonie for 24 years, retiring in 2019. As mayor, Frank maintained levels of service without raising taxes. He was a driving force in the expansion of the services to senior citizens. Frank devoted countless hours and energy in the building of the new state of art, Colonie Fire Company and EMS station. He was instrumental in designing and building the Amphitheater for Arts at Cook Park, named in his honor. Frank also helped purchase, develop and renovate the Village Outreach Center on Central Ave. as well as the Veterans Memorial in Cook Park for the benefit of the Village residents. His efforts were responsible for building and expanding youth programming at the Family Recreation Center and obtaining funding for a new handicap accessible playground at Cook Park. Frank was well known as a man who was willing to help anyone he could. He has wholeheartedly supported Colonie Little League, South Colonie Babe Ruth, Soccer and Girls Softball as well as the Boy Scouts of America. Frank served on the Town's Emergency Management Committee. He was a lifetime member of VFW 8692 and Latham-Colonie KofC #3394. He was a member of Carpenters Union #146, a 51 year member of the Colonie Elks and a lifetime social member of the Colonie Village Fire Company. Frank was the recipient of the Frank C. Moore Award for Outstanding Services Superior Management within Local Government, the Living Resources Living Legend Award and Colonie Fire Company Leadership Award. He was presented the first Living Resources Frank A. Leak Community Enrichment Award named in his honor and then had the honor of presenting to a new recipient annually. In 2019, Frank was inducted into Colonie Central High School Hall of Fame and was awarded an Honorary Diploma. In 1945, Frank went into the Navy before his graduation and had not received his diploma. Frank enjoyed spending time with his family, vacationing in Daytona Beach and feeding the ducks at Cook Park every day. He will be terribly missed by all who loved him. We would like to thank our hospice team, Darren, Debbie, Barb, Laura and Maryann. Special thanks to Dr. Regina Velarde and staff at Newton Medical, Father Ron and St. Clare's Church community, Village of Colonie Mayor, Board of Trustees, Village staff and all the Village employees, Thunder Road Seniors and the Colonie Village Fire Company. In keeping with Frank's wishes, funeral services will be private. A memorial gathering will be scheduled at a later date. Please consider honoring Frank by making a memorial contribution to Community Hospice of Albany, 310 S. Manning Blvd., Albany, NY, 12208 or Colonie Village Fire Company, 1631 Central Ave., Albany, NY, 12205. To leave a message of condolence for the family or to view Frank's video tribute, visit CannonFuneral.com

To plant trees in memory, please visit our Sympathy Store.
Published by Albany Times Union on Nov. 22, 2020.
MEMORIAL EVENTS
No memorial events are currently scheduled.
To offer your sympathy during this difficult time, you can now have memorial trees planted in a National Forest in memory of your loved one.
Funeral services provided by:
Cannon Funeral Home
GUEST BOOK
2 Entries
To all of Frank’s Family: Frank was a wonderful Friend to me and my late Dad (Jack McNulty, Jr) all through the years. I am very sorry for your loss.
Mike McNulty
Friend
November 22, 2020
Frank was always so pleasant and helpful. I have missed him at church since he was always at 8:30 Mass at St Clares until he became sick He was so proud of remaining active at his age I am grateful for all the improvements he made in our village. tThis man can not be replaced.
Alice Mills
November 20, 2020