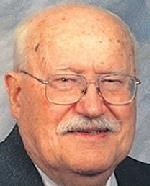 Craft, Girard J. M.D. YORK, Pa. Girard J. Craft, M.D., age 98 of York, formerly of Delmar, passed away with grace and peace on August 10, 2018. Gerry was born in Brooklyn in 1920, the only child of Joseph and Elsie Craft. He was an honors graduate of Long Island University (from which he would be named Distinguished Alumnus of the Year 35 years later) and Columbia University College of Physicians and Surgeons. It was while at Columbia that he met a nurse named Beth Martens who would quickly become the love of his life and to whom he would be married for 72 years, up until her death in 2016. Following his internship at Columbia-Presbyterian Medical Center, Gerry joined the Army Air Force in 1944 and served his country with distinction during World War II. He achieved the rank of captain and was appointed chief of medicine at one of the largest AAF regional hospitals. Following his service, he returned to Columbia-Presbyterian for his residency in medicine and a fellowship in cardiology, and then relocated his growing family to Columbia County where he practiced for 15 years as part of the innovative Rip Van Winkle Clinic system based in Hudson. It was in 1964 that Gerry's interests became more focused on the education and leadership of his fellow physicians. He and his family moved to the Albany area where he took the position of associate professor of Medicine and Public Health at Albany Medical College. He soon became director of the Albany Regional Medical Program which implemented training programs for physicians in New York, Massachusetts and Vermont. In addition, he coordinated and personally led an annual three-month rotation abroad for senior medical students in British Guiana (now Guyana), supported by the Agency for International Development. Gerry then became chief of staff at the Albany V.A. Medical Center and associate dean of Albany Medical College for a short period before he was appointed medical director and vice president for Professional Affairs at Albany Medical Center Hospital, in which capacity he served for eleven years. He retired in 1986 but continued his involvement in health care as a consultant to the medical college admissions program and as board chairman of the Good Samaritan Nursing Home. Gerry served on numerous national, state and local health care advisory boards as well as multiple civic organizations in both the Capital District and Hudson. He was an avid golfer and a long-time member of Albany Country Club. His other interests were wide and varied, most notably American history, worldwide travel and stamp collecting. His greatest interest and devotion, however, was to his family, who will miss his unwavering love and support. Surviving him are his children, Bryan Craft of Bennington, Vt., Glenn (Cheryl) Craft of Bloomington, Minn., Pamela (Vincent) Catalano of Spring Grove, Pa., and Randall (Debra) Craft of North Port, Fla.; seven grandchildren and four great-grandchildren. A celebration of a long life well-lived will be held on September 20, at the Albany Country Club, 300 Wormer Rd., Voorheesville. Service at 5 p.m., with visitation from 4-5 p.m., and social hour from 5:30-6:30 p.m. Private family interment will be the following day. Memorial contributions may be made in Girard's name to: The Fund for Albany Medical Center c/o Albany Medical Center Foundation, MC 119, 43 New Scotland Ave., Albany, NY, 12208. etzweilerfuneralhome.com

To plant trees in memory, please visit our Sympathy Store.
Published by Albany Times Union on Sep. 16, 2018.
MEMORIAL EVENTS
No memorial events are currently scheduled.
To offer your sympathy during this difficult time, you can now have memorial trees planted in a National Forest in memory of your loved one.
Funeral services provided by:
Etzweiler Funeral Home
GUEST BOOK
2 Entries
Dear Pam, Randy & family,
Ray and I recently hears of your father's passing. We are so sorry for your loss. We still fondly refer to the house next door as the Crafts house! Much love, Sue & Ray Walsh and family
September 30, 2018
I am so sorry for your loss. I was originally from Hudson NY and remember the Rip Van Winkle Clinic. Dr Craft saved my Mother's life back in 1957/1958.
My Mom was not receiving the right treatment and then along came wonderful Dr Craft. I am 80 years old and still remember what a special and caring doctor he was. I am an RN and worked at the local hospital and observed his treatment of many patients. I know you must be very proud of him. Kathleen Hatheway
September 17, 2018