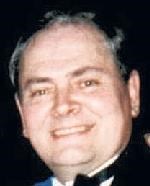 DIED
January 23, 2021
Boniface, Howard M. Jr RENSSELAER Howard M. Boniface Jr., 77 of Rensselaer, died January 23, 2021, at Van Rensselaer. Born in Albany, he had been a resident of Rensselaer his entire life. He was a graduate of Van Rensselaer High School in 1961 and HVCC in 1995 with an associates degree in Mortuary Science. He was employed by NYS Government for 24 years prior to retiring in 2001. He was also a licensed funeral director with the Wm. J Rockefeller Funeral Home in Rensselaer for 20 years before retiring. Howard was a member of Capital District Funeral Directors Association, Rensselaer Elks Club #2073, and former member of the Broadway United Methodist Church. Predeceased by his parents, Howard M. Sr. and Emma (Palmatier) Boniface; and his son, Robert Boniface. Howard is survived by his children, Tracy (James) Foust, Sheri (Dale) Blanck, Beth (John) Paeglow, Stephen (Tonya) Boniface; his siblings, Merrill (Debbie) Boniface, Harriett "Toot" (Al) Hofaker; and the mother of his children, Barbara Boniface. Howard is the proud grandfather of Peter, Stephen, William, Timothy, Elijah, Quinton Foust, Brian, Nichole, Dale Jr., Brett Blanck, Zachary, Bradley Adams, Charles Paeglow, Jakeb, Sean Boniface, Clarissa Bouck, Madison, Diana, Hayleigh, Evan Boniface; great-grandchildren, Owen Elacqua, Jameson, Jase, Mayson, Beau Blanck, Freyja Smith, Lincoln Adams, Ryan, Ryleigh, and Gavin Foust, Lila and Kolten Bouck. Also survived by many nieces and nephews. Relatives and friends are invited to attend his funeral services Thursday at 11 a.m.at the Rockefeller Funeral Home, 165 Columbia Tpk., Rensselaer. Friends and family are invited to his calling hours Wednesday evening 4-7 p.m. at the funeral home. For those who wish to attend virtually, may attend via zoom: https://us02web.zoom.us/j/88684391449. Interment will be in the Bloomingrove Cemetery. The family has requested that those who wish to remember Howard make contributions to HVCC Alumni Association (Morrtuary Science Program), 80 Vandenburgh Ave. Troy, NY 12180.

To plant trees in memory, please visit our Sympathy Store.
Published by Albany Times Union from Jan. 24 to Jan. 25, 2021.
MEMORIAL EVENTS
Jan
27
Calling hours
4:00p.m. - 7:00p.m.
Wm. J. Rockefeller Funeral Home, Inc.
165 Columbia Turnpike, Rensselaer, NY 12144
Jan
28
Funeral service
11:00a.m.
Wm. J. Rockefeller Funeral Home, Inc.
165 Columbia Turnpike, Rensselaer, NY 12144
Funeral services provided by:
Wm. J. Rockefeller Funeral Home, Inc.
GUEST BOOK
6 Entries
My deepest condolences to the family! My name is Maria and I work at VRM! I spent many a mornings with Howi and had many great talks with him! To say he was one of my most adored resident is to say the least! Every one knows who he is and he always made my day better! Truly he is loved and I loved his smile the most! May he Rest In Peace! For his family I hope only peace! He was greatly cared for and loved by all in his last days! Never going to forget you Mr. Boniface!
Maria Jedynak
January 28, 2021
To Howard´s family; please accept my sincere condolences. I was speaking to Howard a few months ago on a visit to a friend at Rensselaer. We chatted about Broadway a little. He was a good man.
Albertine
January 27, 2021
Tracy and Family, Remember the good times. Thoughts and prayers, Helen Y.
Helen Yuzynko
January 26, 2021
To Howard's family, my sincerest condolences. We had such fun while working together. I will miss him greatly. God bless.
Esther Caulkins
January 26, 2021
Dear Stephen and Family, so sorry for the loss of your father and my dearest friend. May you rest in peace Howard, GOD bless you will be sadly missed. Love Mary
Mary Fitch
January 25, 2021
To Howie's Family, I am sad to hear of Howie's passing. He was always so nice to me whenever I had the opportunity to speak with him. May he rest in peace and God Bless you all.
Helene Mayone-Reed
January 25, 2021