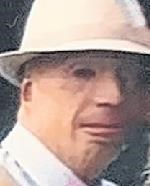 BORN
1987
DIED
2021
FUNERAL HOME
Howard B Tate & Son Funeral Home
2237 State Highway 7
Troy, NY
Bradford, Jesse M. WEST SAND LAKE Jesse M. Bradford, 34, formerly of Pittstown and Brunswick, died suddenly at his West Sand Lake residence on Monday, September 6, 2021. Born in Albany on August 13, 1987, Jesse was the son of the late Robert M. Bradford and Bonnie I. (Messemer) Bradford-Martin and Robert T. Martin Sr. of Delmar; and, for over four years, the husband of Christina M. Bradford of Edenton, N.C. Jesse and Christina were married on July 7, 2017. Jesse attended Parker School in Pittstown and Tamarac High School in Brunswick, where he was "a great kid" and made many lifelong friends. For over 11 years, Jesse worked as a roofer and laborer for several area construction and contracting companies. For the past five years, he was employed as a spray foam insulation specialist by the Seal Tight Spray Foam Insulation Company in West Sand Lake. Jesse was wonderful with kids and enjoyed spending time with his children, family, and friends. He was an avid outdoorsman, who enjoyed both hunting and fishing and, with his brother, enjoyed all types of motorsports. In his quiet time, he enjoyed reading and rooting for the New England Patriots football team. In addition to his wife, Christina, his mother and stepfather, Bonnie and Robert, Jesse is survived by his children, Guy Rozell, Zoe Lamoree, Octobur Lamoree, and Damien Lamoree; his maternal grandmother, Irene Messemer; brothers and sisters, Arnie L. and Keith Kepner, Kris R. Bradford, Rebecca L. Bradford, Robert T. and Odessa Martin Jr., Michael F. Martin and Michelle Way, and Lisa M. Kriss-Martin, and several aunts, uncles, nieces, nephews, and cousins. Relatives and friends are invited to call on Saturday, September 18, from 1-4 p.m. at the Howard B. Tate & Son Funeral Home Inc., 2237 NY Route 7, Raymertown. A private funeral service and burial will be held at the convenience of the Bradford family. At the request of the family, memorial contributions in lieu of flowers, if desired, may be made to The Make a Wish Foundation of Northeast New York, 3 Washington Square, Albany, NY, 12206, in memory of Jesse M. Bradford.