Caldwell, John F. BALLSTON LAKE John F. Caldwell, age 69, born March 23, 1946, in Cohoes, peacefully entered into eternal life on Sunday, February 21, 2016, at his residence. He was the son of the late William and Bernardine MacGregor Caldwell. John graduated from Keveny and Hudson Valley Community College, and then studied at Parsons School of Design in Manhattan. He began his career at the N.Y.S. Department of Transportation and then moved on as an illustrator for many advertising agencies. This led to free-lance cartooning, selling to National Lampoon, the New Yorker, MAD magazine, Reader's Digest, Gold Digest, Playboy and the Wall Street Journal. He also did a daily cartoon for King Features Syndications that appeared in many newspapers across the nation. John was a member of the National Cartoonists Society. He continued to create and sell his cartoons thru December when the pancreatic cancer made him too weak to sit at his drawing table. John married his high school sweetheart, Diane (Terrell) on May 27, 1967. They have a daughter, Kristin Abbott and a grandson, Tyler, both of Michigan. John loved going to Virginia Beach each summer, enjoying the beach and a stroll on the boardwalk while smoking a cigar that he enjoyed so much. He was always a NY Giants fan no matter how they played. He is survived by his wife, Diane; a daughter, Kristin; and grandson, Tyler; his brothers,, William of Latham, Ken and Debbie of Latham; and a sister, Mary Ann; also survived by several nieces, nephews and brothers; and sisters-in-law. John loved his "Nanny" dog Mia who was right by his side throughout his illness. Funeral service will be held on Wednesday at 11 a.m. at the Gordon C. Emerick Funeral Home, 1550 RT-9 in Clifton Park. Relatives and friends are invited and may call at the funeral home on Tuesday from 4 to 7 p.m. Burial will be held in St. Joseph's Cemetery, Waterford. Thanks to John's Hospice nurses, Pat and Carol for their excellent care. In lieu of flowers, memorial donations can be made to the Animal Protective Foundation of Schenectady, 53 Maple Ave., Scotia, NY 12302, or to Community Hospice of Saratoga, 179 Lawrence St., Saratoga Springs, NY 12866, in memory of John F. Caldwell. Funeral arrangements have been entrusted by the family to the Gordon C. Emerick Funeral Home, 1550 Route 9, Clifton Park, NY 12065. 518-371-5454.

To plant trees in memory, please visit our Sympathy Store.
Published by Albany Times Union on Feb. 22, 2016.
MEMORIAL EVENTS
No memorial events are currently scheduled.
To offer your sympathy during this difficult time, you can now have memorial trees planted in a National Forest in memory of your loved one.
Funeral services provided by:
Gordon C. Emerick Funeral Home
GUEST BOOK
35 Entries
Since John’s passing the rare combination of his humor expressed through drawings and captions can be appreciated as a body of work. It is my good fortune to see examples everyday and I marvel at his imagination and sense of the image. A scholarly retrospective is most certainly worthwhile.
Andrew Sordoni
Friend
February 16, 2021
He is my favourite artist, I saw his work first on Mad Mexico magazine and loved it.
so glad he will live eternally through his work.
Angel Galindo
April 9, 2019
His cartoons are still living all over the place.
John Jonik
Friend
February 16, 2019
It was a great pleasure to know John and to discuss his work especially in the company of other professionals at The Society Of Illustrators. His work is appreciated everyday in our collection of original cartoon art and was prominently featured last year at WIlkes University. Our bes to Diane.
Andrew Sordoni
Friend
February 16, 2019
Sorry for John's too early departure, and condolences to family and friends...but, knowing him from the Old Days in NYC and the National Lampoon, etc., I instantly wondered what sort of cartoons he'd come up with about his own passing. Is it ok to have this little smile in a dark time?
John Jonik
March 18, 2016
John was a gentle, inspired humorist whose work is his public legacy. Our infrequent meetings are now significant memories. It was a privilege to know him. Andrew Sordoni
March 16, 2016
Diane, Just became aware of John's passing. So sorry for your loss. I remember John well as he and Marty Dion were friends throughhigh school. Unfortunately we loss Marty several years ago under similar circumstances. Thoughts and prayers are with you. KMA, Class of 65...
Mike (Mick) Wheeler
March 8, 2016
RIP John. Gene Fonda KMA 65.
March 7, 2016
Dear Caldwell Family,
Very sorry for your loss.
Christine Arndt Richardson, KMA,Class of'64
February 26, 2016
You always made me laugh. God must be sad. He must need to smile and laugh again. Missing you cous.
Barbara Katz
February 26, 2016
This is the saddest news I've heard all week! He was one of my favorite artists... May he meet up with the MAD greats who passed before him...
February 24, 2016
John s cartoons were part of the new MAD for many year s now and I always looked forward to each issue he was in. He was a great inspiration to all of hopefull cartoonists. He will be sadly missed by fellow cartoonists and cartoon fans
Doug Smith
February 23, 2016
John Caldwell's cartoons inspired me through my childhood and continues to inspire me through my career. Thank you so much for the cartoons... So many amazing cartoons. My condolences to John's family.
J Grasdal
February 23, 2016 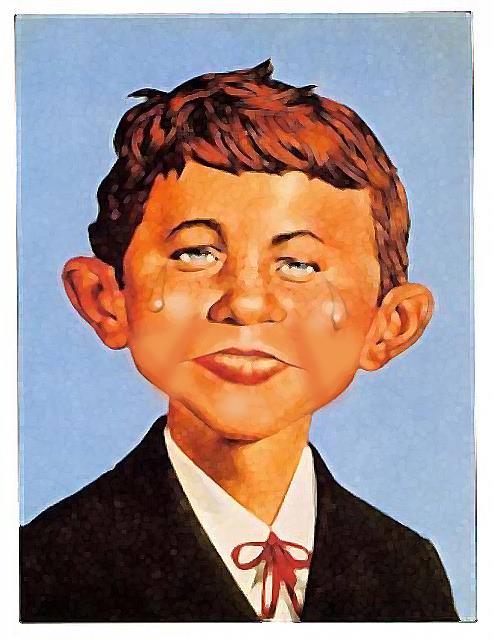 John you were a cartoonist rock star and true gentleman. Will miss your visits to New York City to hang with Onderchain. As a little kid, I wanted to be a cartoonist for Mad magazine. Can't tell you how much I appreciated your friendship and how proud I was to meet an actual member of the usual gang of idiots. Thanks for the laughter. Will miss miss you man.

Dan Raabe
Former Art Director, The Wall Street Journal
Creative Director, Red Rooster Group, NYC
Daniel Raabe
February 23, 2016
Diane and family, please accept our condolences on the passing of John. A true gentlemen known for his wit and talent. Cohoes friends from our childhood in Cohoes who are out of the area wanted to be sure that John is in their thoughts and prayers.
Joseph Mosseau
February 23, 2016
A true original: i know John from his work in the local graphics arts industry. Cherished memories: John wearing 3-D glasses walking throgh a downtown Schenectady restaurant at lunchtime and the world's funniest cartoon: Medusa Teases her Hair.
Jean Sharkey
February 23, 2016
Diane, I am so sad to know that John -- such a bright light -- is gone. So sad. (My signature here uses the name I chose in 1999, but you knew me as Bobbie.) Lee joins me in sending his sincere condolences. He often speaks of John and continues to look through John's first book. My favorite is still "Medusa Teases Her Hair".
Leiah Bowden
February 23, 2016
My thoughts and prayers are with you in your time of sorrow. May your memories bring you comfort.
Darsie Lamphere
February 22, 2016
Darsie lamphere
February 22, 2016
I'm so sorry to hear of your loss...As the former owner of a small printing business in Schenectady I knew John well.. Although we had fallen out of touch..some people always hold a special place in your heart...Special people...Prayers.
Ron Closson
February 22, 2016
RIP my friend....
Rocky Sawyer
February 22, 2016
John brought many hours of enjoyment to my life. We loved playing softball and lounging at Peggy's restaurant. He was a great man.
Rudy Breyo
February 22, 2016
Dear Diane, I am so sad to hear of John's passing. Knowing Johnny most of my life words can't express how sorry I am for your loss. My condolences to you and your family. Johnny was a great Husband, Father and Friend His sense of humor and friendship will be dearly missed .R.I.P. My Friend /Shep
February 22, 2016
You can rest now, brother. I'm sure Mom and Dad are waiting. The universe has gained another star. See you on the next go round. Namaste
Mary Anne Tankersley
February 22, 2016
Diane and Kristin-So sorry for your loss. John was such a creative and kind man.
My thoughts and prayers are with you.
Kim Doering Harfenist
February 22, 2016
My sincere condolences to all members of John's family. I have many fond memories of John from over the many years I knew him. He was a class act and a stand up guy always quick with a joke and a smile. Godspeed my friend.
Bryan Daus
February 22, 2016
Caldwell Family... words bring little comfort during this difficult time. Our Heavenly Father, our creator desires and had the ability to undo the effects of death. He promises at Hosea 13:14 to empty the grave of our loved ones from death. Tears and pain of sorrow will be replaced with tears of joy.
May you find a measure of comfort and peace until his promise is realized .
February 22, 2016
Diane, Kristen and family- I would like to extend my heartfelt condolences to you all. Please take comfort in knowing that such an amazing talented and kind man will never be forgotten. R.I.P. Johnny
Joanne Capritta-Gonzales
February 22, 2016
Diane - I was saddened to hear of John's passing. I remember him well from Keveny and hope your wonderful memories of him will help to carry you through this very difficult time. My prayers and sincere condolences to you and your Family.
Michele Gendron Bemis
February 22, 2016
Diane , I'm so sorry for the loss of your husband . My heart goes out to you .
Kim Averill
Kim Averill
February 22, 2016
Bill & Maryanne so sorry to hear of this my thoughts & prayers are with you
Denise Grestini (Banker)
February 22, 2016
Tom, prayers for you and the family.
We are truly sorry for your loss. Love Bob and Rose Harvey
February 22, 2016
RIP Namaste
Niki Green
February 22, 2016
Whether through some celestial quirk of fate or heavenly accounting error, and Hopper is there awaiting beloved John's arrival--- I would be more than warmly tickled to be able to be privy to their cheerful, spirited reunion in the Great Beyond. Your loss is shared and I'm smiling through the tears.
Will Aubrey
February 22, 2016 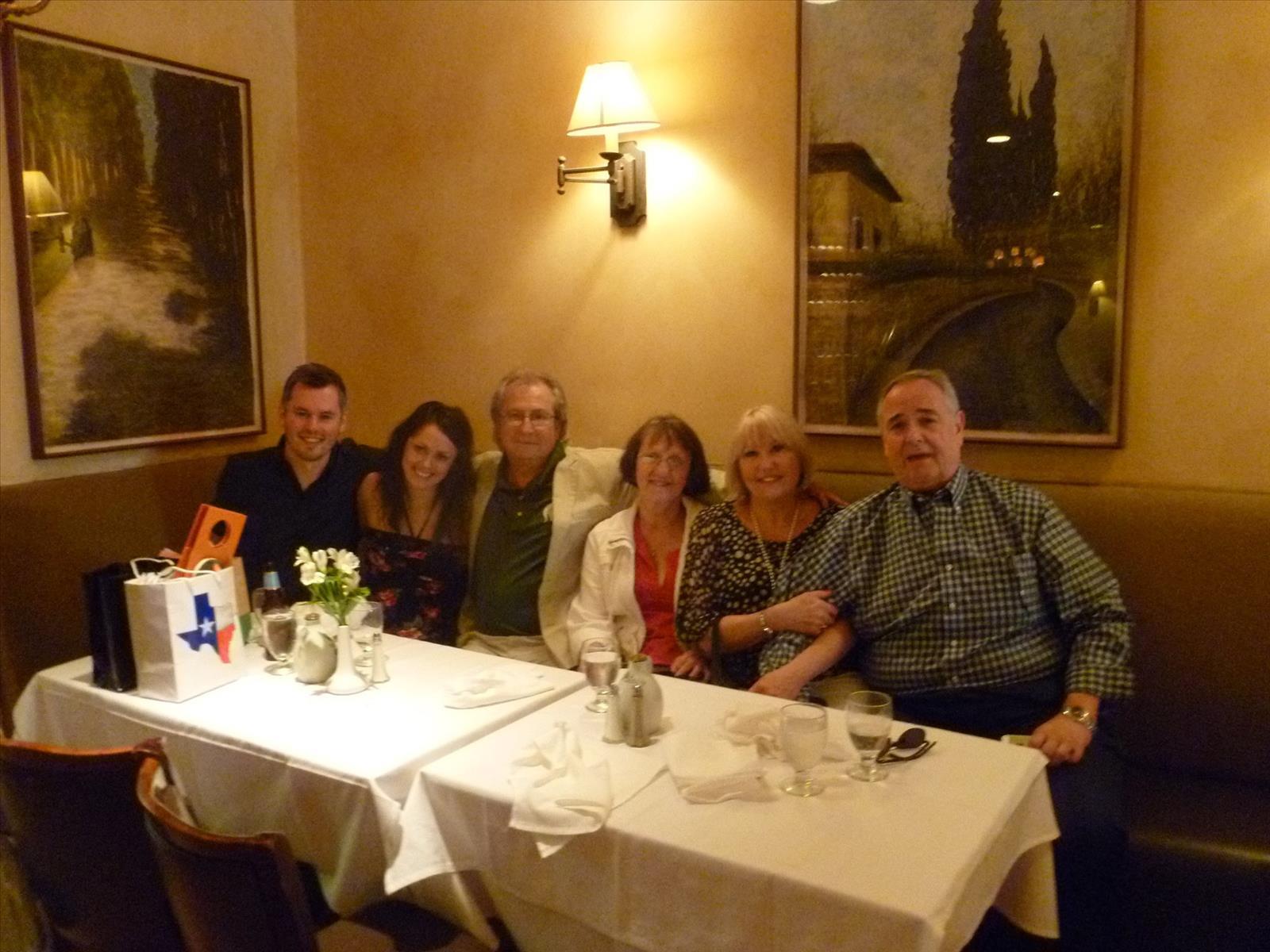 My life has been better for knowing this kind, gentle and exceptionally talented man who constantly made life a little easier to bear through his wit and outrageous sense of humor. I will always remember our many lunches at our favorite NYC Italian restaurant, Patsy's, followed by a stroll through Times Square. His devotion to wife Dian, daughter Kristin, grandson Tyler and his large family and friends was always part of any time spent with John. Miss him? Never, he is always with me, amusing me with another of his one-liners. Funny man, that JC.
Bill Onderchain
February 22, 2016