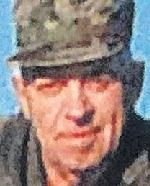 Kolanchick, John C. KNOX John C. Kolanchick passed away peacefully Monday, September 10, 2018. He was born on June 22, 1924 in Chicago, to William and Leona Kolanchick. He had a suburban childhood in Lagrange Park. When the war broke out he lied about his age and joined the Navy, becoming a quartermaster on a training submarine in the Atlantic. He completed college after the war at Michigan State, earning a degree in forestry. It was there that he met his future wife Eldalene Crawford. In the early '50s the recession limited jobs in forestry so the young family moved to Greenville, Maine where John worked as a lumberjack. Things worsened financially and in the process of moving back to Michigan, his first of many '42 Dodge army trucks broke down in Albany, N.Y. He befriended "Ben" who had a small garage at what is now the intersection of Routes 20 and 155. While working on the truck he answered an ad for a truck salesman at International Harvester, got the job, and moved the family to Ketchum Road in Knox. His childhood diary listed a goal of having a small farm and in 1960 the family moved to Point View Farm on 156 in Knox. He sold Trailmobile trailers after IH and then landed his dream job selling Mack trucks, where he stayed until retirement in the mid '90s. His family grew to six sons and he became the local Boy Scoutmaster of Troop 79. He prided himself in leading the troop on adventures, including winter camping and a small boat trip down the Hudson River through N.Y. Harbor to the Statue of Liberty. Through the years he exercised his passion for restoring World War II army vehicles including many trucks, a duck, Weasle track vehicles, and at one time, even an armed half track. He was featured on the Fox network series "Super Collectors." He was an avid member of the NY-Penn MVCC. He was predeceased by his wife Eldalene; sister Naomi Kolanchick; and three sons, Johnny Kolanchick, Brian Kolanchick, and Peter Kolanchick. He is survived by Paul Kolanchick of Knox, Mark Kolanchick of Knox, and Gary Kolanchick and his husband Patrick Golden of Kittery, Maine, as well as five grandchildren. Donations may be made to the Knox Volunteer Fire Department whose Auxiliary will host his memorial gathering at the firehouse Saturday, September 29, 5-7 p.m.

To plant trees in memory, please visit our Sympathy Store.
Published by Albany Times Union on Sep. 16, 2018.
MEMORIAL EVENTS
No memorial events are currently scheduled.
To offer your sympathy during this difficult time, you can now have memorial trees planted in a National Forest in memory of your loved one.
MEMORIES & CONDOLENCES
4 Entries
Sorry for your loss Dr Kolanchick
M Moak
September 25, 2018
Such a wonderful, full, and creative life he led!
Jennifer Hilton
September 20, 2018
Good bye my friend, good bye
I am saddened by your passing
but feel happy and lucky to have
met a gentleman like you that had inspired me to be all I could be and "go for it"
thank you so much, Johnny K
George DeCresce
September 19, 2018
On behalf of the United States Submarine Veterans (USSVI), I offer our sincere condolences on John's passing. You and your loved ones are in our thoughts and prayers. We are forever grateful for John's service to our country in the U.S. Submarine Service. To our Brother of the Phin we say, Sailor, rest your oar. We have the watch. May you rest in peace and may God bless your loved ones who remain. Thank you for your service to our country.

"Now may the Lord of peace Himself give you peace always in every way" 2 Thess 3:16