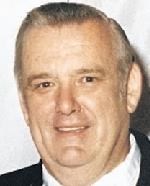 Lamboy, John "Jack" W. NASSAU John "Jack" W. Lamboy, 80 of Nassau, passed away peacefully on August 14, 2018, at St. Peter's Hospital. He is survived by his wife of 53 years, Patricia Lamboy; their two children, Nicholas (Carrianna) Lamboy and William (Julie) Lamboy and six grandchildren. Jack's career history includes work for Gulf Oil, Rensselaer County director of Emergency Services, executive director of the N.Y.S. Association of Fire Chiefs, owner and CEO of the N.Y.S. Fire Consortium and finally, retiring from the N.Y.S. Department of Health as the fire inspector. Jack was actively involved as chief of the Best Luther Fire Department, commissioner of the East Schodack Fire District and was a salesman of fire equipment and apparatus. Jack was a member of the East Schodack Fire District and a lifetime member of the N.Y.S. Association of Fire Chiefs and Best Luther Fire Department. Visiting hours will be held on Friday, August 17, from 4-7 p.m. at Thomas P. Mooney Funeral Home, 11 Elm St. Nassau. A memorial service is scheduled for Saturday, August 18, at 10 a.m. at the Thomas P. Mooney Funeral Home. In lieu of flowers, contributions in memory of Jack may be made to the East Schodack Fire Company, 3071 NY-150, East Schodack, NY, 12063.

To plant trees in memory, please visit our Sympathy Store.
Published by Albany Times Union from Aug. 16 to Aug. 17, 2018.
MEMORIAL EVENTS
No memorial events are currently scheduled.
To offer your sympathy during this difficult time, you can now have memorial trees planted in a National Forest in memory of your loved one.
Funeral services provided by:
Thomas P. Mooney Funeral Home
GUEST BOOK
6 Entries
To Nicholas, Carrianna, and Family: We are so sorry for your loss. Please accept our condolences. Our thoughts and prayers are with you all during this difficult time.
Pattison, Sampson, Ginsberg & Griffin
August 17, 2018
Worked with Jack at Gulf Oil way back when. Sorry to hear this. Many good memories at Gulf with Jack.
Jim & Cina Crouch
August 17, 2018
Sorry to hear of Jack's passing. I worked closely with him during my years as Chief of the Castleton Fire Co. He was always a fine gentleman with a great sense of humor. I am sure he will be missed.
August 16, 2018
Pat and Nick,

I am sorry to hear of Jack's passing. I did not know him but I know he was a great guy. May he rest in peace and God Bless you all at this difficult time.
Helene Mayone-Reed
August 16, 2018
Dear Lamboy family,
I am sorry to hear of the loss of Jack. Jack gave me my first opportunity to work in the fire service. I will always be grateful for that opportunity. I have many found memories of the road trips that we did when Jack was the Executive Director for the Chief's.

Our thoughts and prayers are with you during this difficult time.

The Maloney's
Tom Maloney
August 16, 2018
THOUGHTS AND PRAYERS TO THE LAMBOY FAMILY....WILL ALWAYS REMEMBER JACK'S SMILE AND LAUGH AND AS THE BEST NEIGHBOR EVER.
August 16, 2018