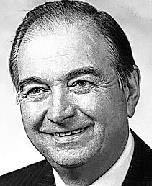 BORN
1923
DIED
2020
Marcil, John J. "Jack" GUILDERLAND It is with great sadness that we announce the passing of John J. "Jack" Marcil, "The Last Man Standing," on Wednesday, April 29, 2020. He fought the good fight to the very end and will be greatly missed by all who knew him. He died at home, surrounded by his wife and loving family, at the age of 96. Born in Cohoes on October 14, 1923, he was the son of George and Juliette Cole Marcil. Jack spent most of his early life in Troy. After graduating from Catholic High School in Troy in 1941, Jack served as an electrician's mate, first class, in the United States Coast Guard and served in both the European and Pacific Theaters in World War II. For full information about Jack's military service, please go to: https://pacificwrecks.com/people/veterans/marcil/ During that time, he met Marilyn Frank, who would become the love of his life, and they were married in 1947. After the war, he graduated from Siena College Cum Laude with a B.S. & M.B.A. in economics and business in 1951 and obtained his master's degree in 1952. Jack also joined the General Electric Company in 1952. During his 36-year career with G.E., he held a number of management positions in manufacturing, marketing, human resources and education. He was also associated with many G.E. courses as an instructor and course designer and taught both domestically and internationally. He retired in 1987 as Corporate Manager of College Relations of the Northeast and was well respected by his colleagues. Jack was a man of many talents with a quick wit and "just get to the point" manner. He was an avid golfer (a long time member of Pine Haven Country Club), a woodworking craftsman, plumber and electrician. There was no problem that he wasn't willing to tackle, and his dogged determination and amazing analytical mind almost always had him at the winning end. Toward the end of his life, he helped countless individuals with their own life struggles with his wisdom, experience and philanthropy. Jack was a devout Catholic and faithful communicant of Christ The King Church in Westmere. In 2019, he was honored for being one of the oldest living military survivors of World War II, at the Joseph E. Zaloga American Legion Post, RPI, Crossgates Mall, the Albany County Veterans Recognition Program and was featured on WNYT Channel 13 as "The Last Man Standing" in a news feature about local World War II Veterans. Jack is survived by his devoted wife of 72 years, Marilyn (Frank) Marcil and his five children: John (Michele), Lynn Friebel, Holly (Art) Fogarty, Bill and Dan. Additionally, he is survived by 14 grandchildren, nine great-grandchildren and many nieces and nephews. The family would like to give many thanks to Father Jim Fitzmaurice and Jim Finn, for their faithful visits of prayer and communion, Jack's nephew David Marcil for bringing innumerable home-made meals to the house, niece Kristin Keefe, outstanding caregivers, Katonya and Lloyd, and our wonderful neighbors, Bill and Carol Gould. There will be no funeral service at this time. However, there will be a military memorial service in the Saratoga National Cemetery, when it is safe to do so. To leave a message of condolence for the family, please visit www.HansFuneralHome.com .

To plant trees in memory, please visit our Sympathy Store.
Published by Albany Times Union on May 10, 2020.
MEMORIAL EVENTS
No memorial events are currently scheduled.
To offer your sympathy during this difficult time, you can now have memorial trees planted in a National Forest in memory of your loved one.
Funeral services provided by:
Hans Funeral Home
GUEST BOOK
3 Entries
To Danny, We are sorry to hear of your Dad's passing and pray that God in all of His glory will grant you and your family peace and comfort in the days ahead, especially in these uncertain times. Praying for safety and good health for you all. Love, Bill and Ruthie Seaburg
Ruthie seaburg
Friend
May 11, 2020
To Mr Marcils Family, I did not know him but he sounds like he was an amazing person - I hope all your wonderful memories get you through this difficult time - you will always have an angel watching over you - May He Rest In Peace
An
May 10, 2020
May the love of friends and family carry you through your grief.
Dave Nichols
Friend
May 9, 2020