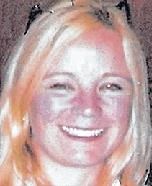 BORN
1969
DIED
2021
ABOUT
Shaker High School
FUNERAL HOME
Bowen & Parker Bros Funeral Home
97 Old Loudon Rd
Latham, NY
Covino, Julia M. LOUDONVILLE Julia Margaret Covino, 52, died peacefully on Tuesday, September 28, 2021, at the Community Hospice Inn at St. Peter's Hospital in Albany. She was born in New York City on August 4, 1969, the beloved daughter of the late Richard and Mary Brown Covino. Julia moved to Loudonville at a young age and was a graduate of the class of 1987 Shaker High School. She received her bachelor's degree from Boston College and later graduated from Quinnipiac University Law School in Hamden, Conn. Julia was a dedicated, well-respected attorney who practiced law in New York City for over 22 years. She was a seasoned traveler whose enthusiasm for travel brought her across the globe to several islands and numerous countries. She always made it a point to send her loved ones memorable post cards to enlighten and educate them of her journeys. In addition, she extensively explored and embraced her family roots in Scotland and Italy. She also had a great love of horses both on the track and riding. Above all, Julia was a devoted New York Yankees fan who attended countless games and made it a point to attend as many playoff and World Series games as possible. If it was an important game to the Yankees, you would likely find her there cheering them on. She is survived by her uncle, William (late Kathy) Brown; her aunt, Patricia John (late John "Jack") Brown; and her two beloved chinchillas, "Bear" and "Felix." She is also survived by several cousins and many dear friends. All of these she touched deeply with great passion and love. The funeral will be on Monday, October 4, at 10 a.m. in Historic St. Mary's Church on Capital Hill, 10 Lodge St., Albany where a Mass of Christian Burial will be celebrated. Interment will follow in St. John the Baptist Cemetery in Valatie. Relatives and friends are invited and may call at the Bowen & Parker Bros. Funeral Home, 97 Old Loudon Rd., Latham on Sunday from 2-5 p.m. In lieu of flowers, contributions may be made to the Neuroendrocrine Tumor Research Foundation (NETRF), 321 Columbus Ave., Suite 5R, Boston, MA, 02116 or at netrf.org. Condolence book and directions at bowenandparkerbros.com.

Published by Albany Times Union on Oct. 1, 2021.
To plant trees in memory, please visit the Sympathy Store.
MEMORIAL EVENTS
Oct
3
Calling hours
2:00p.m. - 5:00p.m.
Bowen & Parker Bros Funeral Home
97 Old Loudon Rd, Latham, NY
Oct
4
Mass of Christian Burial
10:00a.m.
Historic St. Mary's Church on Capital Hill
10 Lodge St, Albany, NY
Funeral services provided by:
Bowen & Parker Bros Funeral Home
MAKE A DONATION
MEMORIES & CONDOLENCES
4 Entries
Julia, Too soon. You will be missed. May your journey be graceful and lovely. With love, Michael, Connie, Lina and Leo
Michael Covino, Connie, Lina and Leo
October 4, 2021
A lifetime of friendship and memories beginning in elementary school but proving to be too few and ending too soon.
Frank Lux
Friend
October 3, 2021
Oh, Julia! I am very saddened to hear of her passing. I have googled and searched for her on social media multiple times over the years. I went to high school with her.
Kelly Ross
October 3, 2021
I went to high school with Julia. So sorry to hear of her passing.
Lisa Murphy
School
October 2, 2021
Showing 1 - 4 of 4 results