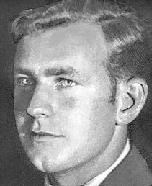 BORN
1924
DIED
2017
ABOUT
Troy High School
FUNERAL HOME
Howard B Tate & Son Funeral Home
2237 State Highway 7
Troy, NY
Button, Kenneth R. BRUNSWICK Kenneth R. "Ken" Button, 92, a lifelong resident of Brunswick, died peacefully with his loving family by his side, Friday, April 7, 2017, at the Eddy Heritage House Nursing Center in Troy following a long illness. Born in Troy, October 25, 1924, Ken was the son of the late Harlow and Marion (Baird) Button and for over 67 years the devoted husband of Mary E. (Joy) Button of Brunswick who survives. Ken and Mary were married October 3, 1948. After attending Troy High School, Ken worked for a time as a machine apprentice before joining the service. On March 12, 1943, he was inducted into the United States Army. He proudly served during World War II, helping to liberate France, Germany, Austria, Italy and Africa with the 2756 Combat Engineers Battalion. He earned the rank of Private First Class and was awarded the Marksman Ribbon for excellence with a .30 caliber rifle. At the time of his honorable discharge in December 1945, he was awarded the European-African-Middle Eastern Service Medal, the Good Conduct Medal, the World War II Victory Medal and four Campaign Stars. Upon returning to Brunswick, Ken worked for Howe Brothers Incorporated from 1946-1950 as a truck driver and delivered 4x4 snow-fighters manufactured in a Brunswick facility throughout the Northeast and Mid-Atlantic States. From 1950 through 1981 he was employed at the Watervliet Arsenal as a machinist and worked his way up the ladder to quality control inspector at the time of his retirement. More recently, he was employed for an additional 10 years as a laborer and truck driver by the Town of Brunswick Highway Department, retiring a second time in 1991. Ken was a lifelong member of Gilead Lutheran Church, and an early member of the Center Brunswick Vol. Fire Company, the White Church Couples Club and the Brunswick Historical Society. He enjoyed cooking for his family and friends, collecting old license plates, mowing his lawn, gardening, a good car ride, reminiscing with friends and drawing and sharing his artwork. Mr. Button is survived by his son and daughter-in-law, Robert and Regina Button of Brunswick; two daughters and a son-in-law, Susan and Michael Kardash of Stillwater and Ann Button of Troy; a grandson, Jake (Marissa Kavoukian) Kardash of Troy; a great-grandaughter, McKenna Kardash of Troy; a brother and sister-in-law, Charles and Carol Button of Westminster, Calif.; dear friends, Allan and Betty Kreiger and special sisters-in-law, Noreen Carroll, Rose Kaschak and Helen Joy, who gave so much of their love and support; and several nieces and nephews. In addition to his parents, he was predeceased by a sister, the late Helen Trzcinski, formerly of Brunswick. A funeral service for Ken will be held on Tuesday, April 11, 2017, at 10 a.m. at the Howard B. Tate & Son Funeral Home Inc., 2237 NY-7, located in Raymertown. Burial will follow in Eagle Mills Cemetery in Brunswick. Relatives and friends are invited and may call at the funeral home on Monday, April 10, from 4-7 p.m. Memorial contributions, if desired, may be made to either the Staff Appreciation Fund, c/o Eddy Heritage House Nursing Center, 2920 Tibbits Ave., Troy, NY 12180, or to the Gilead Lutheran Church General Fund, P.O. Box 26, Cropseyville, NY 12052.

Published by Albany Times Union on Apr. 9, 2017.
To plant trees in memory, please visit the Sympathy Store.
MEMORIAL EVENTS
Apr
11
Funeral service
10:00a.m.
Howard B. Tate & Son Funeral Home Inc.
2237 NY-7, Raymertown, NY
Apr
11
Burial
Eagle Mills Cemetery
Brunswick, NY
Funeral services provided by:
Howard B Tate & Son Funeral Home
MAKE A DONATION
MEMORIES & CONDOLENCES
8 Entries
I am so sorry to hear this. My love to all of you. He was always one of my favorite student "dads". Supportive and caring.
Joanne Gallagher-Corey
April 12, 2017
Mary and Family: Please accept my deepest condolences for your family's loss. My heart is saddened by your loss and my thoughts and prayers are with you.
Donna Callahan
Family Friend
April 10, 2017
Thoughts and prayers to the Button Family. Here's to the "Mayor" of Carrolls Grove Road.
Lynn Ross
April 10, 2017
Dear Bob, Regina and Family,
So sorry for your loss. May all your cherished memories help you through this difficult time.
With deepest sympathy.
Kathy and Don Kieffer
Kathy Kieffer
April 10, 2017
Dear Button family, We are sorry to hear of Ken's passing. He always had nice things to say no matter what the subject and was a delight to know and spend time with. Much love now and always.
Peter Mahigian
April 9, 2017
So sorry to hear of Ken's passing. He worked with my grandfather at the Arsenal and when I stopped for coffee at Stewarts' in the morning, Ken and I would have great, conversations before school. Please accept my condolences.
Janet Derby
April 9, 2017
Hi Mary,was shocked to read this today.Our prayers are with you.Love, Gert Ed G
April 9, 2017
My condolences to a long-time Brunswick Family. My thoughts and prayers are with you.
Barbara (Bonesteel) Balascio
April 8, 2017
Showing 1 - 8 of 8 results