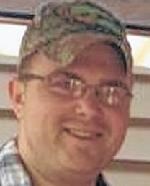 Haverly, Kevin M. GREENVILLE Kevin M. Haverly, 26, died suddenly on Tuesday, February 28, 2017, in a car accident while on patrol. He was born on October 9, 1990, in Niskayuna to Patricia A. Haverly and the late Richard T. Kurtz II. Kevin was raised in Durham, having attended Durham Elementary before graduating from Christian Brothers Academy in 2008. He then attended the College of St. Rose, graduating in 2012 with a bachelor's degree in criminal justice. Kevin first worked as a corrections officer for the Greene County Jail while working part-time for the Cairo Police Department. He then became a sheriff's deputy for the Greene County Sheriff's Department, where he'd worked since 2014. Kevin was a member of the N.R.A., the Wildlife Club, and the Sons of the American Legion. He was passionate about his work with the Northern Catskills Longbeards Chapter of the National Wild Turkey Federation, especially with the chapter's work with the Wounded Warriors Project. Kevin was an avid hunter and sportsman. He was a devoted father and step-father. Kevin was proud to be an American and proud to be a Police Officer. In addition to his mother, Kevin is survived by his fiance, Dawn DeBenedetti; his children, Alexis Haverly (three years old), Hunter Haverly (21 months old), and step-daughter, Giavonna DeBenedetti (eight years old); his half-siblings, Christine, Richard, and William Kurtz; and many aunts, uncles, and cousins. Calling hours will take place on Monday, March 6, in St. John the Baptist Church, 4987 State Route 81, Greenville. Law Enforcement officers and personnel are invited to visit between the hours of 11 a.m. and 2 p.m. Family and friends are invited to visit between the hours of 6 and 8 p.m. A memorial service will be held at 7 p.m. In lieu of flowers, donations may be made to a fund for his children at any branch of the National Bank of Coxsackie, or if desired, mailed in care of the Greene County Sheriff's Office, 80 Bridge St., Catskill, NY 12414. Condolences may be posted at ajcunninghamfh.com.

To plant trees in memory, please visit our Sympathy Store.
Published by Albany Times Union on Mar. 3, 2017.
MEMORIAL EVENTS
No memorial events are currently scheduled.
To offer your sympathy during this difficult time, you can now have memorial trees planted in a National Forest in memory of your loved one.
Funeral services provided by:
A J CUNNINGHAM FUNERAL HOME - Greenville
GUEST BOOK
7 Entries
Still miss ya buddy. RIP
Joseph Rubino
Friend
February 25, 2019
Prayers for you & Kevin's family
Eddy Rash
March 5, 2017
He was my cousin's husband, I am so sorry for her loss, the children and the families loss. I never met him but I heard so many wonderful things about him, just by the pictures and him making my cousin, children and family happy says it all. He was my cousin also even though it was through a relationship with my cousin, just sorry I never got to meet him. RIP as I know you will you are with God and watching over Dawn, the children and families smiling down. You were all blessed to have each other now and forever xxxooo
March 3, 2017
Patty so sorry for your loss no words can express our thoughts and prayers are with you and your family. Joe Rizzo and your friends at Silhouettes
March 3, 2017
May the love of friends and family carry you through your grief.
Al & Maureen Hunter
March 3, 2017
Our hearts go out to you and your families. There are no words for this great loss. Always in our prayers, Joyce, Janice and our families
Joyce Jones
March 3, 2017
RIP buddy. You will be missed by many people. I'm glad you got a doe with my tag
Joe Rubino
March 2, 2017