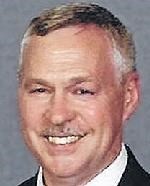 BORN
1953
DIED
2017
ABOUT
Rondout Valley High School
FUNERAL HOME
Raymond E Bond Funeral Home
1015 Kinderhook Ave
Valatie, NY
Green, Leslie P. VALATIE Leslie Philip Green, 64, of Valatie, passed away on June 21, 2017, at the Hospice Inn at St. Peter's Hospital surrounded by his loving family. Leslie was born in Ellenville, N.Y. to Ann and Frank Green on January 29, 1953, as the oldest of five siblings. He graduated from Rondout Valley High School in 1971 and SUNY Albany in 1975 with a B.A. in history. He was employed by UPS for 37 years at the Hudson and Latham locations as a delivery supervisor. In retirement, he enjoyed helping his sons, family, and friends with home improvements, including rebuilding his son Shawn's flooded home in Minot, N.D. Les was diagnosed with cancer in 2016 and courageously fought the battle to the very end. He enjoyed hunting, sports, traveling, reading and spending time with family and friends. Les was an avid supporter of the military and was very proud of his two sons. Les will be remembered as hardworking, kind, selfless, loving and friendly to all those he met. Les is survived by his wife, Karen Green, of Valatie. Other survivors include his loving sons, Leslie and Shawn; his parents, Frank and Ann; his brothers, Frank, John (Michelle), William (Deb), and Joseph. He also leaves behind several nieces and nephews. He was predeceased by his brother, Michael. The family would like to thank the staff of the ACS Hope Lodge, NYU Perlmutter Cancer Center, Albany Medical Center, Community Hospice, and the Hospice Inn at St. Peter's for their devoted care. Visitation will be held at Bond Funeral Home at 1015 Kinderhook St., Valatie, on Sunday, June 25, with calling hours from 2 - 5 p.m. A Mass of Christian Burial will be held in Our Lady of Lourdes Mission on Monday, June 26, at 11 a.m., at 6078 Rte. 209, Kerhonkson, N.Y. A memorial service will be held at St. John the Baptist Church in Valatie, at a later date. In lieu of flowers, please make a donation in his name to the American Cancer Society's Hope Lodge, 132 W. 32nd St., New York, NY 10001.

Published by Albany Times Union on Jun. 23, 2017.
To plant trees in memory, please visit the Sympathy Store.
MEMORIAL EVENTS
Jun
25
Calling hours
2:00p.m. - 5:00p.m.
Raymond E Bond Funeral Home
1015 Kinderhook Ave, Valatie, NY
Jun
26
Mass of Christian Burial
11:00a.m.
Our Lady of Lourdes Mission
Kerhonkson, NY
Funeral services provided by:
Raymond E Bond Funeral Home
MAKE A DONATION
Please consider a donation as requested by the family.
MEMORIES & CONDOLENCES
27 Entries
To the Green family : please accept our deepest prayers and thoughts through these painful times. I am sure Les is securely in Gods Hands. May God Bless you all and help you find peace . The Aversano Family.
Ralph Aversano
Neighbor
June 17, 2020
Les and I were fraternity brothers...and room-mates during the years we were students at the University at Albany. He was everybody friend..and a really nice guy. I lost touch with him a year or two after graduating, but always remembered him.......My thoughts go to Karen (whom I knew) ....and all his family and friends.......
Edward Lopatin
March 31, 2018
Sorry for your loss.
June 27, 2017
Sorry for your loss.
Vaughn Stancage
June 27, 2017
Dear Karen,
There are simply no words to express my heartfelt sympathy. I will keep you all in my thoughts and prayers~
Lisa
LIsa Clevenger
June 26, 2017
My deepest condolences to Karen and family. Les and I were fraternity brothers at SUNYA where we bonded immediately.. two Leslie's, a rarity. He could talk to anyone and make them feel like they had been friends for years, this was such a special gift. I am proud to share his name.
Leslie Zuckerman
June 26, 2017
Les always took the time and made the time for anyone. I remember being a very young "kid supervisor" back in the day and Les always made sure I knew what I was doing. He was a caring, loving, and enthusiastic man and mentor to a lot of people. Cancer has taken another great person from us. My prayers go out to Les may he Rest in Peace pain free and gracefully. And my prayers go out to his family. Les will be truly missed.
Eric Renaud
June 25, 2017
We will be holding Les and all of you in our hearts today and wish DEEPLY we could be there with you in person to let you know how much we feel and share your loss. Jake especially distraught to be unable to be there now with you, as am I. Will be in touch again soon and sending all our love to all of you - Les lives on in the hearts of many and will continue to do so - Hilary
Hilary Hart
June 25, 2017
My deepest sympathy to Leslie's family. Great smile and kind eyes with a nonstop twinkle..... we started "life" together in Kerhonkson Elementary...very sad news.
Linda Young
June 25, 2017
My deepest sympathy goes out to the Green family. It seems like just yesterday when Les and I were classmates at Rondout. I feel very fortunate we were able to get back in touch recently and rekindle our old friendship. I was often impressed by his ability to see the brighter side of life, with a smile and never a bad word about anyone.
Randy Bennett
June 24, 2017
Les was a wonderful friend, who will be deeply missed. Our love and prayers are with his family.
Suzanne Strauss
June 24, 2017
The news of Les's passing deeply saddens me. I too worked for Les almost from the beginning of my career at ups 22 years ago as my Saturday air supervisor then later as my full time sup. To me he was always fair and an all around good guy. We would always find a way to have a good laugh for one reason or another. My thoughts go out to his family. Rest In Peace Les, you will not be forgotten.
Jeff Burckhard
June 24, 2017
So sorry for your loss. Les was my supervisor at UPS for many years and him and I spent many hours and days together. I found him to be a fair man and a good boss in an environment where it wasn't always easy. It was clear he loved his family as he spoke of them often. He will be missed.
Brian Burke
June 23, 2017
Karen, Our hearts are full of deep sadness for you and the boys. Les will be greatly missed .Please know that we are here for you anytime and for all of time.
Karen and Tim Williams
June 23, 2017
I was lucky enough to have Les as a supervisor of mine at UPS for some time. He was a great guy and considered him a friend. He made coming to work a little easier knowing we could joke around with him which smoothed the edges on our busy day. Les...i love you man...and you will be missed!!! So sorry for your loss family and praying and wishing you strength through this difficult time. Bob Henderson
Bob Henderson
June 23, 2017
I know he will be missed by the family.
Marge Jackman
June 23, 2017
Sorry for your loss
todd kelly
June 23, 2017
So sorry for your loss , you and your family are in our prayers..
Ralph Aversano
June 23, 2017
So sorry, for your loss. Many of us Schmalenbergers around Leslie's age remember being up the country hanging as teens..Sure Al & him are partying right now
peace, love & healing energy to the family
Cheri Schmalenberger/Ruppel
June 23, 2017
Leslie was a near to my age cousin who was a friendly handsome young man. May his family find peace at this time. Although I did not see him very often, I kept in touch with the lives of his Mom and Dad and his place of birth. He is with the angels.
June 23, 2017
Sorry for your loss.
Bob Jacobsen
June 23, 2017
Dear Karen, Les, Shawn and Family,
I'm so sorry to hear about Leslie. I will be praying for all of you. Leslie was a good man and father and is closer to you all now more then ever. You will all be in my thoughts and prayers.
Kathleen Schmalenberger
June 23, 2017
Karen, Shawn, Les, & Family,

I was lucky enough to have Les as a role model growing up, thanks to my close bond with Shawn. The passing of Les is a tough loss for the world. What a great man. I'll be holding fond memories of him for the rest of my days.

Wishing you strength through this difficult time.

With Love,
Dan Covey and family
Dan Covey
June 23, 2017
Sorry for your loss. May the God who "binds up the brokenhearted" and "comforts all who mourn" strengthen your family during this difficult time (Isaiah 61:1,2)
T W
June 23, 2017
Dear Karen,
May your sadness by softened with memories of joy and love. Holding you close in thoughts and prayers. Take care!
Suann Gerstel
June 23, 2017
Dear Karen and family, so sorry to read of Leslie's passing. My sympathies and deepest condolences on your loss. Keep your memories close in your heart and he will always be with you.
Christine Jolicoeur-Smith
June 23, 2017
Karen, Les, Shawn and Family:
We are saddened to hear that Les has passed knowing that he had so much to live for and to be taken from his loved ones and Friends so soon. We are so happy that we recently got to see Les and to be able to communicate with him. He was such a great neighbor and Friend and I always remember how him and I would have very long conversations late into the evenings. He was always willing to help, he truly loved his family and was a great family man. It was an honor to have know him and he will always be in our thoughts. He has left you with great memories and his spirit will be with each and everyone of you throughout your lives. Words can't express your loss but know that your family and friends will help you through your time of sorrow. Sadly we will be unable to attend the services but we will have you in our thoughts and prayer.
Robert & Marlene Masse
June 22, 2017
Showing 1 - 27 of 27 results