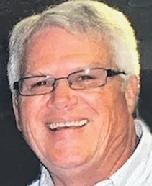 BORN
1956
DIED
2021
FUNERAL HOME
Babcock Funeral Home Inc
19 Pulver Ave
Ravena, NY
Lefevre, Louis E. Jr. RAVENA Louis E. LeFevre Jr., age 65 of Ravena, passed away unexpectedly at his home on Wednesday, December 22, 2021. He was born on January 26, 1956, in Albany, the son of the late Louis E. LeFevre Sr. and June C. Hennessy LeFevre. Louis was employed by CSX Railroad in Selkirk for 40 years until he retired in 2016 and was currently working part-time at Carver Companies. Lou loved spending time at his family's lake house on the Great Sacandaga Lake, where he was also an active member of the Sacandaga Boating Club. He really enjoyed traveling and some of his favorite destinations were South Carolina, Hawaii, Aruba, Jamaica, St. Thomas, St. Martin, the Bahamas, Mexico, and the Dominican Republic. Lou was actively involved in the lives of his family - he never missed any of his children's soccer or lacrosse games, track meets, concerts, musicals, or dance recitals. He loved his dog, Bailey, who was always by his side and often in his arms. Lou especially loved and adored his only grandchild, Caroline, who he spent most of his free time with. Lou is survived by his loving wife of 40 years, Patricia E. (Fross) LeFevre; two children, Brandon Louis LeFevre and Jillian (George) McHugh; one grandchild, Caroline McHugh; an aunt, Alice (Leslie) Jones; an uncle, Richard (Patricia) Hennessy; a brother, Anthony (Cynthia) LeFevre; and a sister Dorothy LeFevre. Lou is also survived by five sisters-in-law, Barbara (John) Mazzone, Joan Carpenter, Susan (Bruce) Parker, Margaret Fross, and Jean Meyers, as well as many nieces, nephews and cousins. In addition to his parents, Lou was predeceased by his brothers-in-law, Paul Carpenter and Dennis Richardson. The family will receive relatives and friends from 4 to 6 p.m. on Tuesday, December 28, in the South Bethlehem United Methodist Church, 65 Willowbrook Ave, South Bethlehem, where a memorial service will follow at 6 p.m. Contributions in Lou's memory may be made to the Mohawk Humane Society, 3 Oakland Ave., Menands, NY, 12204.

Published by Albany Times Union on Dec. 26, 2021.
To plant trees in memory, please visit the Sympathy Store.
MEMORIAL EVENTS
Dec
28
Visitation
4:00p.m. - 6:00p.m.
South Bethlehem United Methodist Church
65 Willowbrook Ave, South Bethlehem, NY
Dec
28
Memorial service
6:00p.m.
South Bethlehem United Methodist Church
65 Willowbrook Ave, South Bethlehem, NY
Funeral services provided by:
Babcock Funeral Home Inc
MAKE A DONATION
MEMORIES & CONDOLENCES
12 Entries
My heartfelt condolences go out to the Lefevre family during this difficult time. May Lou rest in eternal peace as he watches over the family from the heavens above. Praying for the lords strength to get you through. He will live in your hearts forever.
Stacy Estela
December 29, 2021
Sending my condolences and prayers to you Patti and Family Sorry for Your Loss.
LaDeana McBride
December 28, 2021
Deepest sympathies and condolences for your loss. Thoughts and prayers are with Lou and his family.
Wayne Boomer
December 27, 2021
Sending my deepest sympathy to all of you during this difficult time. May you find some peace in the amazing memories. With love, Becky
Rebecca (Ostrander) Miller
December 26, 2021
Patti & family my heart goes out to all my of you. My thoughts and prayers are with you. So very, very sorry for your loss.
Doris Hale
December 26, 2021
My deepest sympathy for you and your family. I worked with Louis on Conrail and CSX he was a great guy to work with my memories of Louis are vast, God Bless Louis and may God Bless your family.
James Rogers
December 26, 2021
So sorry for your loss..thoughts and prayers to you and your family..
Bobbie Hackert
Friend
December 26, 2021
Patty please accept my deepest sympathy for you and your family. You are in my thoughts and prayers.
Amy Fuhr
December 26, 2021
Patti so sorry for your loss if you need to talk to somebody I am here for you
Lisa Perry
Family
December 26, 2021
Please accept my loving condolences at this time of such great loss. You are all in my thoughts.
Margaret Lamar King ( AAG)
Family
December 26, 2021
My condolences to the family. Worked with Louie on the Railroad but different department. Very sorry to hear of his passing. Great person to work with.
Charles Otten
Friend
December 26, 2021
Patti & family, You are all in my thoughts and prayers. I was so shocked when I heard the passing of Louie, an awesome husband father and grandfather. Treasure all the love and memories you have. I know the heartache My prayers, sympathy and love always, Pam
Pam Ostrander
Friend
December 26, 2021
Showing 1 - 12 of 12 results