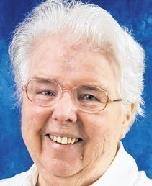 FUNERAL HOME
Daniel Keenan Funeral Home, Inc.
490 Delaware Avenue
Albany, NY
Boyle, DC Sr. Mary Walter MENANDS Sister Mary Walter (Mary Gertrude) Boyle, Daughter of Charity aged 92, died at St. Louise House, Albany, N.Y., on Friday, December 4. Sister was born in Medford, Mass. to Walter F. and Gertrude A. (Doherty) Boyle and grew up in Rochester, N.H. as the middle child with four siblings: James, Joseph (Walter Joseph), John and Anne. She graduated from Spaulding High School in Rochester in 1947. After earning her nursing diploma at Carney Hospital School of Nursing in Boston, Mass., Sister Mary Walter entered the Daughters of Charity in 1950. Sister completed her BSN from St. Joseph College, Emmitsburg, Md. in 1955; and her MSN in psychiatric nursing from The Catholic University, Washington, D.C., in 1958. Sister Mary Walter served in health care for many years: St. Vincent Hospital, Bridgeport, Conn. (1968 to 1969 and 2000 to 2003); St. Mary's Hospital, Rochester, N.Y. (1969 to 1971); Elizabeth Seton Hospital, Waterville, Maine (1971 to 1974); Carney Hospital, Boston (1974 and 1985 to 1991); St. Margaret's Hospital, Dorchester, Mass. (1974 to 1976); St. Vincent's Hospital, Bridgeport, Conn.(1976 to 1978 and 2000 to 2003); Lourdes Hospital, Binghamton, N.Y. (1979 to 1985 and 1991 to 1994); and Good Samaritan Hospital, Baltimore, Md. (1994 to 2000). While on mission, Sister Mary Walter served as the Local Community Superior during some of her years in Bridgeport, Rochester, Waterville, Binghamton, and Boston. Sister not only served in nursing but also in hospital administration and as member of hospital boards of directors. Her avocation included fund-raising for hospitals and missionary works as far away as Bosnia and Haiti. Sister earned her Fellowship in the American College of Health Care Executives, and she was awarded an honorary degree by St. Joseph's College of Maine, Standish, Maine. In 2003, Sister Mary Walter was missioned to St. Louise House in Albany. She served as assistant to the Local Community Superior for three years. Sister entered the Ministry of Prayer in 2006 but maintained her fundraising efforts for the missions. Sister Mary Walter is survived by nieces and nephews, many friends, and her Sisters in Community. Due to COVID-19 restrictions, a private wake service and funeral Mass will be held at St. Louise House in Menands, N.Y. Interment will take place in St. Agnes Cemetery, Menands, N.Y. Online condolences may be offered at danielkeenanfuneralhome.com

Published by Albany Times Union on Dec. 6, 2020.
To plant trees in memory, please visit the Sympathy Store.
MEMORIAL EVENTS
To offer your sympathy during this difficult time, you can now have memorial trees planted in a National Forest in memory of your loved one.
Funeral services provided by:
Daniel Keenan Funeral Home, Inc.
MAKE A DONATION
MEMORIES & CONDOLENCES
3 Entries
To my good friends. May you rest in peace.
Peg Stine
January 4, 2021 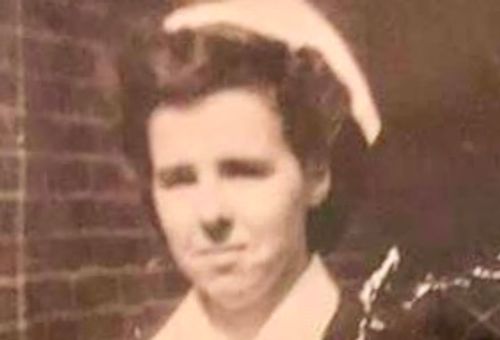 My aunt’s smile was bright; while, simultaneously conveying a warm spirit. There is something to be said about a woman who cared so much for others; and that is, that she is one of God’s special children.
May my aunt ‘Rest In Peace’ in the arms of the Lord.
Sheila Boyle Antonuccio
Family
December 7, 2020
In loving memory of a incredible spirit. Sister, we will love you and miss you always.
Mary Boyle
Family
December 6, 2020
Showing 1 - 3 of 3 results