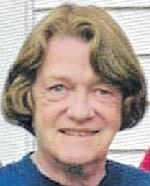 BORN
1942
DIED
2021
Clancy, Mary Regis CASTLETON Mary R. Clancy, 79 of Castleton, passed away on May 22, 2021, after a brief illness. Ms. Clancy was born in Albany on May 23, 1942, the daughter of the late Helen (McAllister) and James H. Clancy. She was predeceased by her brothers, James J. and George R. Clancy. A graduate of the College of Saint Rose and Cortland University, she worked for the East Greenbush School District for 33 years before her retirement, serving as a physical education teacher and later a special education teacher. She was an avid UConn and Yankees fan. Mary learned to paint, knit, and play the guitar. She enjoyed traveling and spending time with family. She volunteered at the East Greenbush TOOLS Project for many years. She is survived by her eight nieces and nephews, Colleen Bautochka (Michael) of Richmondville, Coby (David) Scaccia of Nassau, Christopher Clancy of Castleton, Siobhan Sorak Horan (Martin) of Stratford, Conn., Sean Clancy (Mari A) of Hockessin, Del., Kathleen Lozinak (David), Kevin Clancy, both of Shelton, Conn. and Rachel Clancy of Oxford, Conn.; many grandnieces and nephews, several great-grandnieces and nephews, as well as her sister-in-law Arlene A. Clancy. Services will be private.

To plant trees in memory, please visit our Sympathy Store.
Published by Albany Times Union on May 28, 2021.
MEMORIAL EVENTS
Jun
14
Graveside service
10:00a.m.
Mount St. Peter's Cemetery
, Derby, Connecticut
MEMORIES & CONDOLENCES
9 Entries
Mary was a kind and generous friend to my husband Dale, me and our children. We had fun on Cape Cod and in Rudy Helmo´s painting classes. Fond memories. Peace be with you.
Lee Ann Fanning
June 1, 2021
I know how much she meant to you Christopher. I´m feeling for you brother. You are like a little brother to me so I feel your pain. She was a wonderful person. God bless Ms. Clancy and her entire family and her friends. May she Rest In Peace forever and ever
Robert Reese
Friend
May 29, 2021
Mary was such a cornerstone of the faculty at Columbia for so many years. She was a great teacher and mentor to many. May she be at peace.
John Thorpe
Work
May 29, 2021
My mother, Eileen Stiglmeier Cameron, was Mary Regis's 1st cousin. My grandmother, Clarice McAllister Stiglmeier, was the older sister of Mary Regis's mother, Helen. I remember a very long time ago when the Clancys lived in a row house on Manning Sq., and later moved to Glenmont. Mary Regis's obituary in today's paper brought back a flood of memories, all of them happy. My sincere condolences to those who survive her and loved her.
Bill Cameron
May 29, 2021
Aunt Mary was truly a giving beautiful soul. She was always such a very giving person with her words and with her helping hand if you needed her. She helped countless people in her years in education alone. She was my inspiration as a child, a picture of what a woman could do with their life. She inspired and encouraged me to get an education (of course!!) and steered me to where my strengths would help me and others I might serve. She was always there and yet, really wanted nothing but to know we were all happy. She retired and happily, comfortably lived out her days relaxing (finally) enjoying watching her College sports and her Yankees!!
Coby Clancy Scaccia
Family
May 28, 2021
Ms. Clancy was a favorite teacher of mine. I also got to know her through her volunteer work. She was hard working, smart, fair, and had a great sense of humor! She always cared and wanted the best for her students. Godspeed.
Maria Barrington
School
May 28, 2021
I get a smile every time I think about her. She was a great teacher and coach.
Susan MacArevey
School
May 28, 2021
What a treasure Ms. Clancy is in my CHS memory-a fun PE teacher, a super coach and an all around nice person who made her teams and students work hard because she made the task worthwhile, meaningful, and with the team spirit in mind. I have thought about her influence so many times in the years since graduating from Columbia in the class of 1972. I am thankful for having been a part of her teams and one of her students who was truly blessed by her dedication to the teaching profession and her love of her students. May God bless her life and may her family and friends treasure her memory.
Eileen (Flynn) Hummel
School
May 28, 2021
So sorry for your loss, Mary Clancy was an inspiration!
Vicky DeJulio
School
May 28, 2021