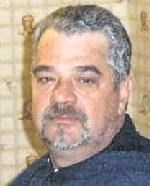 ABOUT
Shaker High School
FUNERAL HOME
DUFRESNE FUNERAL HOME, INC.
216 COLUMBIA STREET
Cohoes, NY
Weaver, Melvin F. Jr. COSSAYUNA Melvin F. Weaver Jr., 66 of Cossayuna, passed away peacefully, at his home surrounded by his loving family on Wednesday, September 1, 2021. He was born in Albany, the son of Melvin Weaver Sr. of Clifton Park and the late Luella Williams Weaver. He was educated at Shaker High School and served his country in the U.S. Air Force from 1972-1978 as a fire protection specialist. He worked for Campbell Plastics in Schenectady as a machine operator for many years and then at Owens Corning in Feura Bush for several years before retiring. He liked camping, fishing, hunting, and telling stories. Survivors, in addition to his father, are his children, Stephanie (Jason) Weaver of Cossayuna, Derrick Weaver of Mechanicville and Vanessa (Carlos) Carerro of Connecticut; and his grandchildren, Jasmine, Jeweliana, Janelle, Jacie, Aramis and Zarielle. He was the brother of Deborah (Ron) Tripp of Saratoga Springs and Robert (Pam) Weaver of East Greenbush. He is also survived by several nieces and nephews. A Mass of Christian Burial will be celebrated on Wednesday, September 8, at 9 a.m. in the Church of the Holy Trinity, Cohoes. Interment will follow in Gerald B.H. Solomon Saratoga National Cemetery, Schuylerville. Relatives and friends may call at the Dufresne Funeral Home, Inc., 216 Columbia St., Cohoes, Tuesday from 4-7 p.m. Friends who wish to remember Melvin in a special way may donate to Operation Adopt a Soldier, 4281 Route 50, Saratoga Springs, NY, 12866 in his memory. For condolences, visit dufresnefuneralhome.com.

Published by Albany Times Union from Sep. 5 to Sep. 6, 2021.
To plant trees in memory, please visit the Sympathy Store.
MEMORIAL EVENTS
Sep
7
Calling hours
4:00p.m. - 7:00p.m.
DUFRESNE FUNERAL HOME, INC.
216 COLUMBIA STREET, Cohoes, NY
Sep
8
Mass of Christian Burial
9:00a.m.
Church of the Holy Trinity
Cohoes, NY
Funeral services provided by:
DUFRESNE FUNERAL HOME, INC.
MAKE A DONATION
MEMORIES & CONDOLENCES
4 Entries
Mel was an old friend from many years ago. Just found out about this. My condolences to his family and friends. RIP Mel
Walter Agnew
Friend
December 2, 2021
Steph, I was so sorry to hear just recently that your Dad had passed. I know you and J took care of him at the end and it wasn't easy...never is. You should be proud to have been a blessing when he needed you most. I am really sorry for the loss of your Dad. I am hoping that happy memories are a comfort. You will be in my prayers.
Mary Moore Sokoloski
Other
September 28, 2021
My sincere condolences go out to the family. I worked with Mel at Campbell Plastics - what a great guy. May he find eternal peace.
Karen Johnson
Work
September 7, 2021
I miss you daddy
Steph
September 5, 2021
Showing 1 - 4 of 4 results