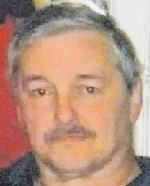 FUNERAL HOME
McDonald and Son Funeral Home - Troy
870 2nd Ave
Troy, NY 12182
Gregware, Michael R. Sr. TROY Michael R. Gregware Sr., 72 of Troy, passed peacefully into the arms of his savior Jesus Christ on May 7, 2021, at the Samaritan Hospital with his family by his side. Born in Troy, he was the son of the late Robert and Helen Crump Gregware and the devoted husband of Cathy Caridi Gregware of Troy. Mr. Gregware was a graduate of Lansingburgh High School and was retired from the Watervliet Arsenal where he worked as a machinist. He later worked for Lindsay's Drug Store in Lansingburgh. Mike was a crusader for his God and his Country, and his faith was an integral part of his being. One of his prize possession was his King James Bible. He was always on a quest to reconnect with family and old friends and he was passionate about caring for his family, especially his beloved grandchildren. Survivors in addition to his wife and best friend of more then fifty years include his children, Michael R. Gregware Jr., Ricky Gregware, Jennifer Warren and Dan Gregware; his brother, Edward Gregware; and his grandchildren, Rachel, Emma, James IV (Bubster) and Laura. Mike was predeceased by his brothers, Bob Gregware and Jerry Roy Jr.; and sister, Pam Gregware. Private funeral services will be held at the convenience of the family. Those wishing to honor Mike in a special way may make donations to Emma and Bubsters School, The Hillcrest Education Center, 788 South St., Pittsfield, MA, 01201. For online condolences please visit mcdonaldandsonfuneralhome.com.

To plant trees in memory, please visit our Sympathy Store.
Published by Albany Times Union on May 12, 2021.
MEMORIAL EVENTS
No memorial events are currently scheduled.
To offer your sympathy during this difficult time, you can now have memorial trees planted in a National Forest in memory of your loved one.
Funeral services provided by:
McDonald and Son Funeral Home - Troy
MEMORIES & CONDOLENCES
6 Entries
Dear Cathy and family, I was sad to learn of Mike's passing. I never met him in person but got to know him through Facebook. I always enjoyed what he wrote and admired his love for Lansingburgh and our country. I did get to meet you and one son and got news of Mike though you both. I will definitely miss his words and wisdom and my thoughts are with you all.
Kathleen DeRosa
May 14, 2021
Dear Cathy, We were so sorry to hear of Mike´s passing. We remember the fun times we had with the two of you - weddings, Beginning events, etc. Our hearts and good wishes are with you.
Rosemary and Ed
May 12, 2021
Cathy- I was saddened to read of Mike´s passing. I always enjoyed talking with you both at the doctor´s office. Sending loving thoughts and healing prayers to you snd your family. May Mike rest in the peace of the Lord.
Mimi Grandjean
May 12, 2021
I worked with Mike at the Arsenal, and knew him to be a good man and a true patriot. Rest in Peace, Mike.
Bob Kirkland
May 12, 2021
Mike, I will miss you. Hope you are in heaven with your brother, Bob & sister, Pam sharing memories. I remember being closer as kids & having good times . Love & miss you.
John & Diane Broderick
May 12, 2021
Dear Cathy, Dan and family, I am so truly sad about your Husband and Dad. Dan, I remember you mentioning your Parents and Cathy I appreciated you and your Husbands note back when I was working as the Nurse at St. Ambrose. You are a wonderful family and I shall pray for your husband and for the family for strength to help you in these difficult times. May God bless you and watch over you. I know your husband was a hard working man with faith in the Lord. Sincerely, Mrs Nancy Acemoglu, RN
Nancy Acemoglu
May 11, 2021