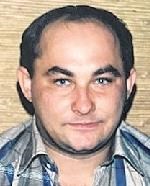 BORN
1959
DIED
2021
LaBarge, Michael "Mike" COLONIE Michael "Mike" LaBarge, 61 of Colonie, passed away peacefully at home on Thursday, December 24, 2020. Born in Albany on October 24,1959, he was the son of the late Joseph and Helen LaBarge. Michael attended Colonie Central High School and shortly after began working at the Colonie Hannaford where he spent the majority of his career. In addition to his work at Hannaford, Michael was a volunteer fireman for many years at the Fuller Road Firehouse. On his days off, Michael enjoyed hunting and fishing with friends and family locally, and in the Adirondack region. Michael was an avid bowler for many years where he developed lifelong friendships. He was also a loyal New York sports fan and enjoyed watching the Yankees and the N.Y. Giants with a cold Heineken in his hand. Michael will be extremely missed by surviving brother Peter LaBarge; and sister Renee LaBarge, brother-in-law Scott Bergin, nephew Patrick Bergin and niece Kathryn Bergin. Michael was a friend to everyone he met and will always be missed. Michael's wish was to be cremated, and his remains will be buried with his parents following a small service in the spring. Over the years, Michael adopted cats and had a special place in his heart for all rescue animals. If you feel compelled, please make a donation to The Capital District Humane Association in Michael's honor.

To plant trees in memory, please visit our Sympathy Store.
Published by Albany Times Union on Jan. 4, 2021.
MEMORIAL EVENTS
No memorial events are currently scheduled.
To offer your sympathy during this difficult time, you can now have memorial trees planted in a National Forest in memory of your loved one.
GUEST BOOK
5 Entries
Mike, Jim Burns, Kathy Bauer, Patty Finn made me feel comfortable in my skin and I was Three Musketeers league for 28 years.... I wouldn't be the man I am today if not for this..
William Depew
January 8, 2021
Sending lots of love as you remember such a loving and caring brother and uncle. You have a special angel watching over you all.
Suzanne Harvey
January 7, 2021
I was so sad to read of Michael´s passing. A kinder heart he could not have. Many Christmas eves were spent with the LaBarges and Giones as Michael, Peter and Renee were growing up. Thoughts are with the family.
Joyce Cloutier
January 4, 2021
Renee and Peter, so sorry to hear of Michael's passing . My deepest sympathies.
Joanne Gaddor McGrath
January 4, 2021
Peter and Renee, My deepest sympathies for your loss. My thoughts and prayers are with you and your families.
Michelle (Bernard) Kiciuk
January 4, 2021