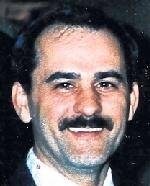 BORN
1951
DIED
2021
FUNERAL HOME
Matt Funeral Home - Utica
700 Rutger St
Utica, NY
DiPierro, Nicholas S. Jr. LITTLE FALLS Nicholas "Nick" DiPierro Jr., 70, passed away unexpectedly on Friday, October 15, 2021. Nick was born in Utica on February 24, 1951, a son of the late Nicholas S. Sr. and Evelyn (Schneider) DiPierro. He was educated in local schools and a graduate of TR Proctor High School. Following high school, he served in the U.S. Navy aboard the USS Agerholm DD826, during the Vietnam War. After his naval service, he attended Hudson Valley Community College in Troy. At one time, Nick was married to the former Mary Rysedorph and from that union they had their four adored daughters. He was employed for many years in the mailroom and delivery for Blue Cross Blue Shield in Albany and later worked as a hazardous waste truck driver for Stericycle for many years, until his retirement. Always an exceptional athlete, Nick excelled in many sports and was an outstanding welter weight boxer. He was very musically inclined and was a life-long drummer and always recalled his days, as the drummer, for "The Robbers," a well-known local band. He was a lifelong fan of the Beatles. Nick was an avid motorcyclist and cherished time spent on his Harley. He enjoyed going to the casino, especially on his trips to Vegas. He could fix anything and was the "go to guy" for everyone; he loved shopping and had a special love of garage sales, and always had two of what you needed. Above all else, Nick loved being "Daddy and Poppy," to his adored daughters and grandchildren, and his happiest times were spent with them, showing them all his fix-it secrets, teaching them to fish, fight and anything else he could teach his little "Tomboys" to do as well as any man! Thank you, Daddy. Rest in peace, Poppy. He is survived by his four daughters, Rachel DiPierro and Tim Murphy, Nicola and Peter Terry, Natalee DiPierro, and Bridget and Michael Donovan; grandchildren, Richard and Nicholas Birch, Peter Jr., Valentino, Carmine and Nicolina Terry, Joshua Clarke Jr., Isabella, Michael Jr., and Vincent Donovan; his siblings, Marie and Michael Cerminaro, Michael DiPierro, Catherine "Katie" and Francis Roberts, and Roseann and Randy White; and sister-in-law, Felicia DiPierro. Nick also leaves his wife Frances's family and children, Angela Brigano, Noelle and Matt Sprague, Frank Brigano and Anthony Brigano; as well as grandchildren, Trevor Vanderlan, Sofia Pallaria and Nicholas Sprague; many nieces, nephews, great-nieces, great-nephews, cousins and his canine pal, "Louie." He was predeceased by his brother, Rock DiPierro. His Mass of Christian Burial, with military honors, will be celebrated on Thursday at 10 a.m. in St. Mary of Mount Carmel/Blessed Sacrament Parish, with interment in the Calvary Cemetery. Relatives and friends may call on Wednesday from 5 to 7 p.m. at The Matt Funeral Home, 700 Rutger St. (corner of Mohawk Street), Utica. In memory of Nick DiPierro, please consider donations to the Central New York Veterans Outreach Center at ucdevelopment.org Online memorials at MattFuneralHome.com