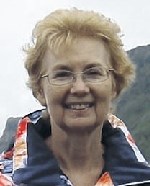 BORN
1951
DIED
2021
Santon, Patricia Marie ST. AUGUSTINE, Fla. Patricia Marie (Scully) Santon died peacefully at her home under hospice care after a 10-year battle with Early Onset Alzheimer's Disease. She was born June 17, 1951 to Francis and Katherine Scully in Troy. One of 15 children, she grew up in the rural town of Stillwater until she left home at the age of 14 to live with her older sister Beverly in Albany. Patricia was a loving, devoted mother to her daughter Erin (Benton-Hourigan) Peppers; a caring stepmother to her two stepchildren, William II and Dawn Santon; and a beloved "Granna" to her three grandchildren, Kaylee, Ashley and Joseph Fraboni; and five step-grandchildren, Arien and Ryanne Peppers and Anthony, Jianna, and Jayden Santon. In addition, she was a loving aunt to Phil Mucci, Melissa Jones and Frank, Alan, Rob, and Mary Scully; sister to her two remaining siblings, Beverly (Scully) Mucci and Sheila (Scully) Halstead; and sister-in-law to Carol Scully and Linda (Benton) Barnicle. Patricia spent the last 25 years with her husband and love of her life, William Santon, who remained faithfully by her side until the very end. They were inseparable and shared in many adventures together over the years. A consummate professional, Patricia spent several years as an office manager and administrative manager for the Hortence & Louis Ruben Dialysis Center in Troy and most recently, the Moultrie Creek Nursing & Rehab Center in St. Augustine, Florida. Her beautiful spirit and joyful nature will be missed by all who knew her. There will be a small, private memorial held by her family at a later date.

To plant trees in memory, please visit our Sympathy Store.
Published by Albany Times Union on Apr. 11, 2021.
MEMORIAL EVENTS
No memorial events are currently scheduled.
To offer your sympathy during this difficult time, you can now have memorial trees planted in a National Forest in memory of your loved one.
GUEST BOOK
2 Entries 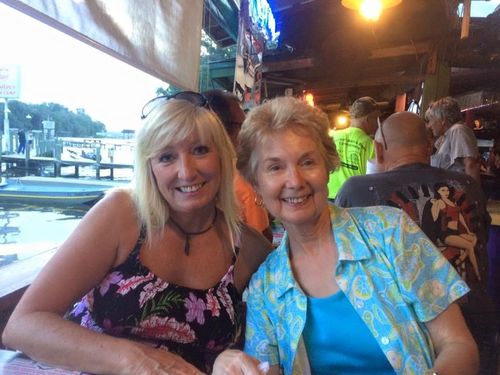 A lovely woman...rest in peace dear lady.
Susan Adler
Friend
April 11, 2021
This quote came to mind after reading Patricia's beautiful life story. " Now the clouds are gone forever here awhile they're gone evermore and a child on the far side of never has to run when time closes the door." Rod McKuen
Linda Benton
Family
April 11, 2021