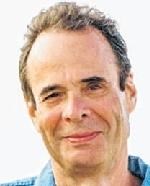 Arlein, Paul H. AVERILL PARK Paul H. Arlein, 70 of Heather Ridge, passed away suddenly at his home on Tuesday, January 19, 2021. Paul was born in Newark, N.J. and spent most of his adult life in upstate New York. Paul was a beautiful skier, a great cook, a loving father, grandfather, and brother, and a devoted and very kind husband. Paul completed his bachelor's degree at the University of Vermont and subsequently earned two master's degrees. He was a career-long hospital administrator, holding positions at Ellis and Samaritan Hospitals in the Capital Region, as well as managing behavioral health programs in hospitals from Boston to Alaska, as a consultant. His lifelong devotion was caring for the long-term mentally ill and those in need. Upon retirement, Paul was on the board of the Unity House of Troy and an active volunteer on the Rensselaer Plateau Alliance Trail Crew. Outside of his commitment to the community, he continued to ski regularly and play pickleball nearly every day - rain, shine or snow - with the Averill Park Pickleball Group. Paul is survived by his loving wife of 38 years, Jo Ann Merriman; and his two sons, Peter (Anna) and Jake. Paul affectionately known as Grandpa Fufu, will be missed dearly by his grandchildren, Sadie and Tully of Carbondale, Colo. He is also survived by his elder brother Robert "Butchie" (Vicki) Arlein and their two children, Daniel (Rose) and Nina. Paul will be missed by the rest of his extended family in New Jersey and around the country, his adopted family of in-laws from Marietta, N.Y., and his many friends. The family will be holding a celebration of life in the fall when everyone may safely be together. The event will be held in Syracuse, with details to be provided in the upcoming months. For those that choose to honor Paul's memory with a charitable donation, they may be made to Unity House 2431 Sixth Ave., Troy, NY, 12180, START Child Advocacy Center of Rensselaer County, 127 Bloomingrove Drive, 2nd Floor, Troy, NY, 12180, or Rensselaer Plateau Alliance, P.O. Box 790, Averill Park, NY, 12018. Visit perrykomdat.com for a private guestbook.

To plant trees in memory, please visit our Sympathy Store.
Published by Albany Times Union on Jan. 24, 2021.
MEMORIAL EVENTS
No memorial events are currently scheduled.
To offer your sympathy during this difficult time, you can now have memorial trees planted in a National Forest in memory of your loved one.
Funeral services provided by:
Perry-Komdat Funeral Chapel Inc
GUEST BOOK
7 Entries
To Jo Ann, Peter, Jake and the rest of the family, I am so sorry for your lost! Paul always had a twinkle in his eye, a heart-warming smile, a contagious laugh, and a loving, wide open heart. My deepest condolences as you move forward. Big hugs!
Natalie Dart
January 31, 2021
Paul and I were good friends in High School. He always had a smile on his face and a good word for everyone. All of us, his many friends from near and far, past and present, grieve his loss. Sending kind thoughts and condolences to his family in these sad days.
Lawrence Chiger
January 27, 2021
I am really sorry for the family's loss. I hope Jo Ann is able to find comfort in their good memories and years of companionship.
Aliya Saeed
January 26, 2021
My thoughts and prayers are with family and friends.
Barbara
January 25, 2021
My love and prayers are with you Jo, Peter, Jake and all the family. I´m honored to have known such a wonderful friend. I pray your memories bring you comfort! Love and hugs, Gabrielle
Gabrielle (Ares) McGarry
January 24, 2021
Jo-Ann, I was shocked and sorry to read of Paul's passing. Paul hired me to work at the Clinic and it turned out to be my favorite job of my entire nursing career in large part because of the relationship I had with Paul. He was a great guy and a great boss. Please accept my profound condolences and pass them on to your children.
Domenic Campanella
January 24, 2021
Joann, I am so sad to hear of Paul's passing. My thoughts and prayers are with you and your sons. It seems like a million years ago when you and I worked together at Seton Pediatrics. Fondly, Jeanne G.
jean gunther
January 24, 2021