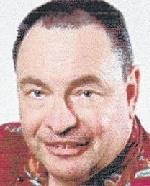 Gale, R. Warren Jr. VENUS, Texas R. Warren Gale Jr., 73 of Venus, Texas, passed away on August 24, 2021. He was originally from Loudonville. He was a graduate of Shaker High School in North Colonie, class of 1966, and Gordon College in Wenham, Mass, class of 1970. He proudly served his country in the U.S Air Force as a C130 pilot and was a Vietnam veteran. His passion for photography started as a hobby and then became a professional photographer of historic churches, gingerbread houses, and murals. He was predeceased by his parents, Dr. Robert W. Gale and Barbara Anne James Gale. He is survived by his loving wife of 48 years, Karen Diane Stovall Gale of Venus, Texas; his daughter, Elizabeth Marie Gale Watson (Jonathan) of Dallas, Texas; his sister Donna Louise Gale Ohlman (Grant) of Loudonville; his niece Michelle Margaret Reed Myers (Richard) of Rensselaer; his nephew Lon Donald Reed Jr. of Colonie; three great-nephews, Richard Jr., Robert, Joshua Myers all of Rensselaer; his cherished friend David Snyder of Venus, Texas; and a host of other relatives and friends from around the country. Interment was in the Rosehill Cemetery in Cleburne, Texas. Donations in his memory to the Shriner's Hospital for Children or St. Jude Children's Research Hospital would be greatly appreciated.

Published by Albany Times Union on Sep. 12, 2021.
To plant trees in memory, please visit the Sympathy Store.
MEMORIAL EVENTS
To offer your sympathy during this difficult time, you can now have memorial trees planted in a National Forest in memory of your loved one.
MAKE A DONATION
Please consider a donation as requested by the family.
MEMORIES & CONDOLENCES
0 Entries
Be the first to post a memory or condolences.