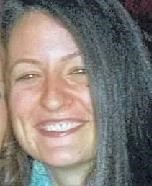 FUNERAL HOME
Phillip J. Brendese Funeral Home
133 Broad St
Waterford, NY
Cavosie, Rachael K. WATERFORD Rachael K. Cavosie, 30, of Hillview Avenue died suddenly Saturday, October 6, 2018, as a result of injuries sustained in a tragic limousine accident. Born in Troy, she was the daughter of Michael R. and Jeannine McKenna Cavosie of Waterford. She was a 2006 graduate of Catholic Central High School and received a degree in dental hygiene from Hudson Valley Community College. Rachael was a dental hygienist with Professional Dental Staffing, Inc. and practiced at numerous dental offices in the Capital District. She also worked at the Beer Diviner in Berlin, N.Y. She was a sports enthusiast and refereed many levels of basketball, soccer, and lacrosse games. She had recently been inducted into the CCHS Hall of Fame, was the 2006 NYS Champion for Shot Put, NYS Goalie of the Year, and was a member of the American Eagles AAU Girls Basketball Club, coached by her grandfather. Rachael was also a volunteer at the Peace Pagoda in Grafton, and at Kripalu Yoga and Health Center in Stockbridge, Mass. In addition to her parents, Rachael is survived by her sister, Maeghan Cavosie of Troy; and brothers, Andrew and Aidan Cavosie of Waterford. She was the granddaughter of Robert and Mary Anne Cavosie of Waterford, and Kathleen McKenna of Waterford, and the late Robert Brian McKenna. She is also survived by numerous aunts, uncles, and cousins. Rachael had a special way of connecting with everyone she met, young or old, with her wit, beautiful smile and infectious laugh. She will be forever in our hearts and greatly missed by everyone who knew her. A memorial Mass will be offered on Monday, October 15, at 9:30 a.m. in St. Mary of the Assumption Church, 6th and Broad Street, Waterford. Interment will be in St. Agnes Cemetery, Cohoes. Relatives and friends may visit with Rachael's family at the Philip J. Brendese Funeral Home, 133 Broad St., Waterford on Sunday from 2-6 p.m. Those who wish may make memorial contributions to the Epilepsy Foundation, 3 Washington Sq., Albany, NY 12205 or the Alzheimer's Association, 4 Pine West Plaza, Suite 405, Albany, NY 12205. To express your sympathy or share a treasured memory, please visit: Brendesefuneralhome.com

Her great talent and humanitarian legacy surely will be remembered. Those who fall asleep in death, God keeps in his memory because like your daughter she is precious in his eyes. Psalms 116:15

The Presutti family of East Hartford CT
October 23, 2018
Rachel has refereed multiple of my soccer games and every single time she had a way to make us smile or laugh. Not only was she one of the best refs she was also the brightest. She would always show up wearing cool sunglasses and she would punt the balls down to the goals and we would awe and tell her how good she was at punting. She was kind to everyone and truly one of the nicest people I've met. I had some conversations with her before and she would always compliment me on how I play and it just made me feel good. Every game, I would hope to see that Rachael was reffing and when she was all of us would be happy. She was one of the most amazing people I've ever met. May she rest in peace.
October 18, 2018
My condolences to the Cavosie family. You're all in my prayers. Rachael will be missed by all that knew her. I am one of the lucky ones that knew her, although briefly. We officiated a number of soccer games, together, the last of which, was only 3 weeks ago, at Emma Willard. Rachael, always being so full of life, asked me at halftime, whether I wanted to kick or catch. Joking with her, I replied, "Rachael this is soccer, not baseball, but I'll kick."
I knew she was a goalie, but I didn't realize how good she was, till then. She would actually fly, and make one save after another. God must have needed an awesome person, and a great goalkeeper, on his team. Because he loved her so much, he called her home early.
I wish He had loved her just a little bit less, and left her with us, just a little bit longer.
I still can't believe we officiated, and kicked the ball together only 3 weeks ago, and now she's gone. Her beautiful smile, and awesome character, will forever be remembered, and truly missed.
Anthony Cannistraci
October 17, 2018
When I was a kid I tried out for the american eagles basketball team coached by Bob Cavosie, Rachaels grandfather. . I was from a small town, nervous to be around new teammates, playing at a higher level than I had ever played.

Rachael was on that team. She referred to me as Mariss from the first practice, like we were old friends, I think she could sense my apprehension early on and went out of her way to make me feel welcome. Thats the kind of person she was. A tenacious athlete and a great teammate. I will always remember you Rachael, your infectious smile and the kindess you showed me and everyone around you.
My heart is with the Cavosie family during this unthinkable time.
Marissa Dwyer
October 16, 2018
Mike and family, sorry for your loss.
j schmidt
October 16, 2018
To all of Rachael's Family and Friends- I vividly remember my teams from Albany competing against Rachael on the soccer field while I was coaching. She was such an extraordinary competitor with incredible spirit and could almost singlehandedly keep her team in any game. I'm so sorry and my heart goes out to all of you for your loss.
Jim Grove
October 15, 2018
We only knew Rachael for a few months but she had a huge impact on us! We now realize that she was brought into our lives to remind us we need to live life to the fullest! In Rachaels's honor, we will do our best to accomplish that! Rest In Peace Rach, we will never forget you!
Mary, Dave, Kenny and Marty Joseph
October 14, 2018
To Rachel's Parents and Siblings..your daughter and sister sounded like a wonderful and dynamic and smart young lady.I am so sorry beyond what words can express. You will remain in my prayers.In prayer..and with great empathy,Melissa Fallon
October 14, 2018
My heartfelt condolences to the Cavosie family and friends. May she rest in peace.
Heidi Cunningham
October 13, 2018
Dear mike and Jeannine , Rick and I are sending our deepest condolences and prayers to you and your families . We are thinking of you , may your beautiful daughter Rachel Rest In Peace . Sincerely Susan and Rick Brust
October 13, 2018
I worked with Rachael at Kripalu Center and appreciated her strong, grounded presence, her wit and her smile. May your memories of Rachael continue to be a blessing.
Lara Tupper
October 13, 2018
My heartfelt sympathy to the entire Cavosie/McKenna family. May your treasured memories give you comfort during this difficult time. Rachael was a lovely, caring and friendly young woman who will be greatly missed by everyone. Love & Blessings
shelia connelly
October 13, 2018
On behalf of the Capital District Board of Women's Basketball Officials please accept our deepest sympathy.
Paul Gordon
October 12, 2018
Jacquelyn Earley
October 12, 2018
cathy B.
October 12, 2018 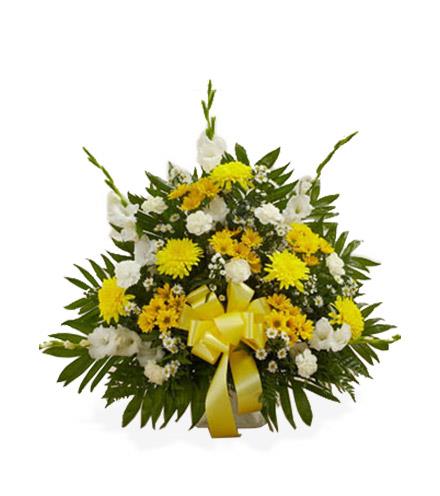 DEB HANSEN
October 12, 2018
My deepest condolences to Rachael's family and friends
I knew Rachael only a few years, as a fellow basketball official and found her a very vivacious,caring young woman who was taken from this world too suddenly
May she rest now, in eternal peace and happiness
paul caglione
October 12, 2018
To Rachael's family and friends,

We were patrons of the beer diviner and were lucky to have her wait on us while celebrating our niece's 21st birthday. She took the time to speak to our niece and "hook her up" with a speciality of hers. She just lit up the room while we were there.

She was a special young lady.
October 12, 2018
Thoughts and prayers are with all of you.theres no words
A mom from schenectady
October 12, 2018
May a warm blanket of human kindness comfort you in this difficult time
Gary Miles
October 11, 2018
My thoughts and prayers are with all of Rachael's friends and family during this tragic time.
Anthony Gucciardo
October 11, 2018
I am so sorry for this senseless heartbreaking loss, Prayers & Hugs! RIP Sweet girl!
Colleen Vroman
October 11, 2018
Rachael was a positive light. She will be missed.

Round Lake,NY
October 11, 2018
Our hearts go out to your family. Not a day goes by that we aren't thinking of each one that lost their life and praying for the family and friends. May you find comfort in those around you and the memories you have.
Larry and Gina Lachmayer Jr

Blessed are those who mourn, that they shall be comforted. Matthew 5:4
October 11, 2018
To Rachael's Family,

Rachael was a beautiful soul, full of love, and will be terribly missed. She will be cherished in our memories forever. May God rests her soul in peace.

A Mom
October 11, 2018
So sorry for your loss your daughter was a wonderful person so full of life and she will be greatly missed by all my heart breaks for your family such a tragic loss.

No Eye Has Seen
No Ear Has Heard
No Mind Has Conceived what God has prepared for those who love HIM.

Our thoughts and prayers are with all of you at this most difficult time. Taken to soon from her family. Rest In Peace Rachael.
Bill and Kim Fitzpatrick
October 11, 2018
Showing 1 - 36 of 36 results