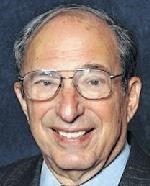 Nathan, Richard P. WINTER PARK, Fla. Richard "Dick" P. Nathan passed away on September 12, 2021, in Winter Park, Fla. Dick was born on November 24, 1935, in Albany. He married Mary McNamara in Albany in June of 1957. For many years, Dick published a pamphlet sharing 100 books he felt were important, influential books that everyone should consider reading. One of his favorite pastimes was watching baseball, frequently rooting for his home team. His family meant the world to him and he followed their lives with avid interest and pride. He loved taking his family on vacations where they could build strong familial bonds. Dick was incredibly passionate about government and spent much of his career as the director of The Nelson A. Rockefeller Institute of Government from 1989-2004 and co-director from 2005-2009. During that same time, he served as distinguished professor of political science and public policy at Rockefeller College at the State University of New York at Albany. Prior to his career with the Rockefeller Institute, Dick spent many years as a scholar at Princeton University and served as an adviser to Governor Nelson A. Rockefeller. In the federal government, Dick served as assistant director of the U.S. office of Management and Budget, deputy undersecretary for welfare reform of the U.S. Department of Health Education and Welfare, and director of domestic policy for the National Advisory Commission on Civil Disorders (The Kerner Commission). Dick was predeceased by his parents, Sidney and Betty (Green) Nathan of Albany; and his brother Thomas M. Nathan of Albany. His wife of over 60 years, Mary, passed away in 2017. He is survived by his brother William (Elizabeth) Nathan of Slingerlands; his children, Robert (Paige) Nathan of Alpharetta, Ga., and Carol (Robert) Wilkins of Palm Beach Gardens, Fla.; and his grandchildren Andrew Wilkins, Courtney Wilkins, Matthew Nathan and Daniel Nathan. Donations in Dick's memory may be sent to the Rockefeller Institute of Government Richard P. Nathan Public Policy Fellowship, 411 State St., Albany, NY 12203. Please make checks payable to the Research Foundation for SUNY.

Published by Albany Times Union from Sep. 19 to Sep. 22, 2021.
To plant trees in memory, please visit the Sympathy Store.
MEMORIAL EVENTS
To offer your sympathy during this difficult time, you can now have memorial trees planted in a National Forest in memory of your loved one.
MAKE A DONATION
MEMORIES & CONDOLENCES
11 Entries
My sincere sympathy to the Nathan family. While at the U.S. Department of Labor, I first had the good fortune to work with Dick, and our mutual interest in the splendors of American federalism forged a lasting friendship. His views on public policy and research greatly influenced me. Dick was an exemplary public official, who displayed virtue and integrity. His rich body of policy analysis and research lives on. He was always generous with this time and talent. I shall miss his wisdom and counsel.
David E Balducchi
Friend
September 22, 2021
While I never worked directly with Dr. Nathan, I always admired his accomlishments as one of the major stars in the Rockefeller Firmament. Sadly, there are few of them left. Thankfully, through his efforts at the Institute, their legacy of governmental brilliance will live on. My condolences to his family and many co-workers who revered his leadership and kindness.
Ray Hull
Work
September 21, 2021 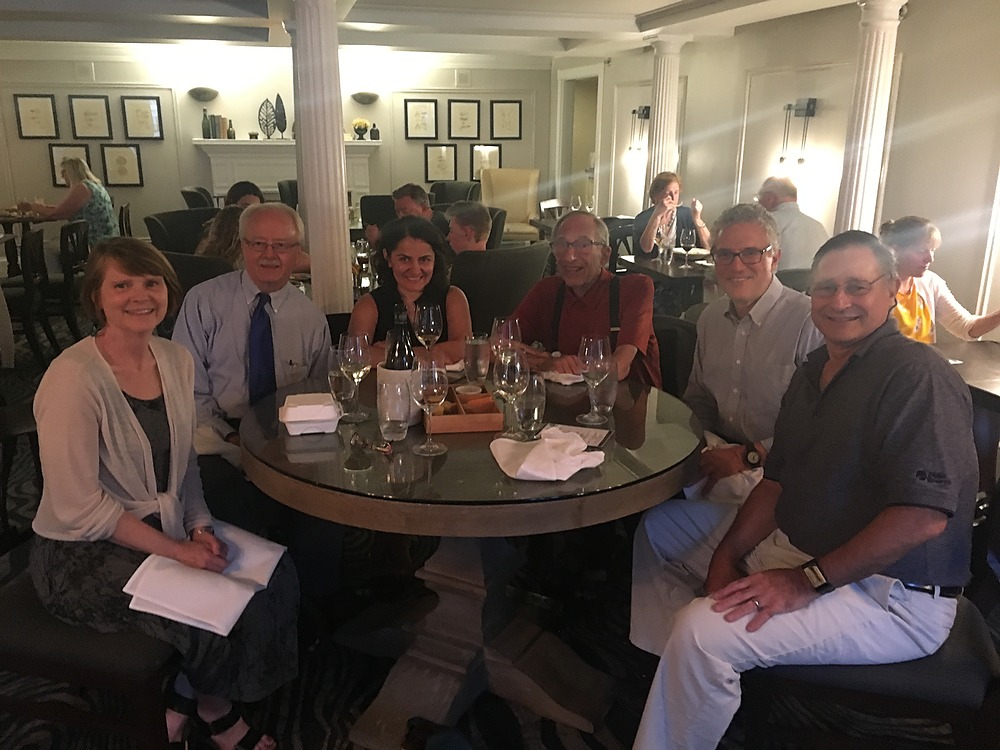 I had a great honor to work with Dr. Nathan for over a decade. He was a great leader, great mentor, great friend, and a great person. Dr. Nathan was always listening carefully to what others had to say and he was always creative in finding solutions for the most difficult and challenging situations. He has supported me so much both professionally and personally and I will always remain grateful. My sincere condolences to Dr. Nathan's family and my sincere condolences to the public policy community for losing a great talent. Dr. Nathan's legacy will be with us forever. R.I.P. P.S. The picture is from August 6, 2018 as we had a little get together with the former colleagues of the Rockefeller Institute. Our last get together was virtual due to COVID.
Lucy Dadayan
Work
September 21, 2021
My deepest condolences to friends and family. Dr. Nathan was always nice to me when I worked at RIG. His legacy will go on.
Susan M. Watson-Amos
Work
September 21, 2021
I worked with Dick for nearly 50 years as the New York field associate on every one of the field network implementation studies he directed-- from General Revenue Sharing in 1973 to the Affordable Care Act in 2016, and as a member of the central staff at the Brookings Institution for the Community Development Block Grant study he directed. Dick was demanding but also appreciative of evidence the field associates presented of the complexity of intergovernmental relations. He was a giant in his field, intellectually curious, stimulating, and creative. We were close associates and good friends. I am grateful for having known him and very sad at his passing. My condolences to his family and to the Rockefeller Institute.
Sarah F Liebschutz
Other
September 20, 2021
I and so many others learned so much from Dick, and he created an institution that helped so many of us do our best work. And I will miss him as a friend. To Robert, Carol, William, and all of his grandchildren, my deepest condolences.
Thomas Gais
September 20, 2021
I got to know Dick well when we were both at Brookings in the l970's. He was a good man, devoted to good, informed government and the best of the "Rockefeller Republicans." (I wish we had them now). He was very serious about decent, fact-based government with a concern for rights for all. Developing a solid, important center on government in a leading state reflected so well his basic values.
Gary Orfield
September 20, 2021
To Dick´s family, please accept my condolences for your loss. I had the pleasure to work with Dick for nearly 15 years at the Rockefeller Institute and for several more after he left. He gave me many opportunities to do and to learn. You always knew what he thought about public policy and public policy research, about how to write, and about how to manage, raise funds for, and publicize the work of an engaged and valuable public policy institute. He was fearless in his relations with others and in his willingness to put himself on the line for his ideas, for his institution, and for his staff. I will miss him dearly.
Don Boyd
Work
September 20, 2021
I was proud to work with RPN during his entire tenure at the Rockefeller Institute. He was the kind of boss you hoped for: demanding, exacting, but also compassionate and understanding. He upheld the nonpartisan standards of the Institute and demanded the highest standards of scholarship. His love for his darling Mary and his children and family was always evident. He was the proud father of the Institute family and I continue to miss his leadership and friendship.
Michael Cooper
Work
September 19, 2021
To all of Dick´s Family: I am very sorry for your loss.
Mike McNulty
September 19, 2021
A good friend from Milne for many years and always a man to be admired. When he lost Mary in 2017, I told him I always thought she was his greatest asset. He will be truly missed.
Gene Cassidy
School
September 19, 2021
Showing 1 - 11 of 11 results