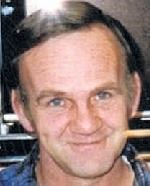 BORN
1943
DIED
2020
Combs, Robert J. TROY Robert J. Combs, 77, passed away peacefully on Wednesday, November 18, 2020, with his loving family by his side. Robert was born on February 18, 1943, to the late Wallace and Lena Neddo Combs. Robert was the devoted husband to the Kathleen A. Combs; they were married 33 years. There is an incomprehensible pain and wound felt deep in your heart, that forever changes you when a loved one is lost. Our family has lost an exemplary example of strength and determination. This was a man that no matter how hard anyone tried to be like him as a man, or what they accomplished, could never come close to the high standards that had been set before them. This was a man that had a life altering setback over 25 years ago that left him paralyzed from the waist down, but instead of wallowing in self-pity or just withering away he forged on and found a way around most obstacles and surpassed the skills and abilities of many that have no physical limitations. This was a man that was extremely skilled in carpentry and anything wood related but also mechanically knowledgeable as well, if there was something he didn't know, he researched until he did. Anyone that was fortunate enough to learn from him was guaranteed to have been taught the proper way, he shortcut nothing. His work ethic was perfection or don't bother. This was a man that loved his family with his whole being. The light that glimmered from his beautiful blue eyes and the smile on his face while being around or talking about them was a sight to behold. Your earthly projects are finished now... your work here is done... may you have eternal rest and peace. The memories we have of and with you, will forever live in our hearts. Left to cherish Robert's memory are his wife, Kathleen A. Combs; children, Kimberly (Jason) Russell, Scott (Leslie) Combs, and Jeffrey (Jamie) Combs; grandchildren, Carissa (Zachary) Bashford, Cailey Russell, Colin Russell, Erica (Connor) Fitzgerald, Anthony Combs, Connor Combs, and TJ Mutch; great-grandchild, Bennett Bashford; siblings, Beverly and Charles Combs; and many nieces, nephews, and friends. Robert was predeceased by his siblings, Virginia Devoe, Wallace Combs Jr., Donald Combs, and Patricia Hansbury. A celebration of Robert's life will be held at a later date. The family asks that donations be made in Robert's name to the charity of your choice.

To plant trees in memory, please visit our Sympathy Store.
Published by Albany Times Union on Nov. 22, 2020.
MEMORIAL EVENTS
No memorial events are currently scheduled.
To offer your sympathy during this difficult time, you can now have memorial trees planted in a National Forest in memory of your loved one.
Funeral services provided by:
New Comer Cremations & Funerals
GUEST BOOK
0 Entries
Be the first to post a memory or condolences.