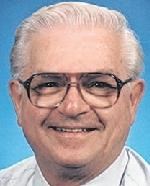 Fricke, Robert G. GLENMONT Robert G. Fricke, 84, passed away on Tuesday, January 12, 2021. Born and educated in Brooklyn, he was the son of the late George and Louise Stubing Fricke. Dad told us stories of playing stick ball in the streets and the family get togethers. Dad retired as a technical sergeant with the United States Air Force in 1974 after 20 years of dedicated service. Dad was commissioned as a deacon in the Lutheran Church Missouri Synot in 1996 and filled pastoral vacancies at St. Matthew Lutheran Church in Albany and St. John Lutheran Church in Stuyvesant. He also served as chaplain at Good Samaritan Lutheran Healthcare Center and Assisted Living Center in Delmar. He loved the residence and would encourage them with a joke, prayer or verse from the Bible. He was a field representative from 1974-1981 for American Junior Bowling Congress. Dad loved to bowl and was a softball pitcher with a mean knuckle ball. He was also known for telling or playing a joke and his quick wit. He was the loving husband of the late Lorraine (DelDuca) Fricke. He is survived by his children, William K. Fricke of Indiana, Deborah L. Fricke, Paula Albright of Idaho, Robert W. Fricke of Oregon, and David J. Fricke of Oregon; and dear friend Diane Mizener. Thank you for loving and caring for our father. Dad, may you rest in God's peace. Graveside services with military honors for Bob will be celebrated at 1 p.m. on Tuesday, January 26, in the Saratoga National Cemetery, 200 Duell Rd, Schuylerville. Those who wish may send memorial contributions in Bob's memory to the Zion Lutheran Church, 153 Nott Terrace, Schenectady, NY, 12308. Online condolences may be offered to Bob's family at danielkeenanfuneralhome.com.