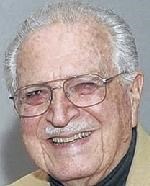 BORN
1922
DIED
2019
FUNERAL HOME
Tebbutt and Frederick Memorial Home
633 Central Avenue
Albany, NY
Lamar, Reverend Robert Clayton ALBANY The Reverend Robert Clayton Lamar passed away peacefully on January 9, 2019, at St. Peter's Nursing and Rehabilitation Center, where he had been a resident for a year. He was 96 years old, and had lived a life of faith, gratitude and grace. He was born in 1922 in Salt Lake City, Utah, to Avis and Ralph Lamar, and grew up in Colorado and Kansas, the eldest of five children. He left Topeka to attend Yale University, graduating in 1943, and in 1946 graduated from Yale Divinity School. He began his ministry in Milford, Conn., where he and his wife, Ethel, lived. In 1950 they moved to Stamford, Conn., where he served as associate pastor at the First Presbyterian Church, while he and Ethel raised their family of four children. The search committee from the First Presbyterian Church of Albany extended a call to become their senior pastor, and in 1958, the family moved to Albany. During the next 60 years, Bob was instrumental in developing and strengthening ties with the interfaith community in the area; was active in local and national civil rights initiatives, the beginnings of the FOCUS churches, Habitat for Humanity; was executive director of the Capital Area Council of Churches, and served as an officer and board member for many organizations - Equinox, The Urban League, The Wildwood Schools, the Albany Presbytery, the Sidney Albert Interfaith Board, The South Mall Towers Housing program, Colonie Senior Services Centers, The Chapel House, the Rabbi Kieval Institute of Jewish/ Christian Studies, Capital Region Ecumenical Organization (CREO), the Airport Interfaith Prayer Room, the Mary and William Barnett Foundation, and The Interfaith Task Force. He was also a 50 plus year member of Rotary. He received an honorary doctor of divinity degree from both Tarkio College and Centre College, as well as a doctor of humane letters from Siena College. He was elected moderator of the General Assembly of the United Presbyterian Church in the U.S.A. in 1974, and was co-chair of the Joint Committee on Presbyterian Reunion from 1969-1983, when the Southern and Northern Branches of the Presbyterian Churches were reunited. Among Bob's interests were music, in particular the French horn, and golf, at which he excelled. Bob was married to Marion Tietz from 1986 until her death in 2010. He was predeceased by his parents; his brother Frank and his brother Herb; his sister-in-law, Margie; and daughter-in-law Patty. He is survived by his sister, Patricia Geoffroy; his brother, Stan (Margot); and sister-in-law, Marnie. He leaves his four children, Paul (Mark Eamer), Margaret King (Steve), Mark (Michelle), and Jim (late Patty); as well as his stepchildren, Laura Kemner (Ken) and Fred Tietz (Jennifer Hope). The grandchildren are Clayton (Kristen Majewski), Cyriaque, Annick, and Katie Lamar; Ellery and Jacob Kemner; and Ryan (Amber), Grant (Mackenzie) and Paige Eamer-Dulin; and great-granddaughter, Hannah Eamer-Dulin and great-grandson, Elias Eamer-Dulin. His nieces and nephews, Debbie, Janelle, Susan, Thomas, Steve, Dennis and their families, as well as members of Ethel's family also survive. There will be calling hours on Thursday, January 24, from 4-7 p.m. at Tebbutt and Frederick Memorial Home, 633 Central Ave., Albany, and a funeral on Friday, January 25, at 11 a.m. in the First Presbyterian Church, 362 State St., Albany. In lieu of flowers, please consider a donation to First Presbyterian Church, 362 State St., Albany, NY, 12210, or a charity of your choice in memory of Robert C. Lamar. Condolences may be sent to sbfuneralhome.com or to the Lamar family, c/o 46 Ramsey Place, Albany, NY, 12208.

Published by Albany Times Union on Jan. 13, 2019.
To plant trees in memory, please visit the Sympathy Store.
MEMORIAL EVENTS
Jan
24
Calling hours
4:00p.m. - 7:00p.m.
Tebbutt and Frederick Memorial Home
633 Central Avenue, Albany, NY
Jan
25
Funeral
11:00a.m.
First Presbyterian Church
362 State St., Albany, NY
Funeral services provided by:
Tebbutt and Frederick Memorial Home
MAKE A DONATION
Please consider a donation as requested by the family.
MEMORIES & CONDOLENCES
22 Entries
It was my pleasure to serve as Bob's Clerk of Session for several years in the 1970s. His leadership was inspiring to many of us. After his retirement from First Presbyterian, he continued to inspire us as he became Executive Director of the Capital Area Council of Churches and many following organizations. His contributions to his city and to the world will be long remembered.

David Wood
David Wood
February 1, 2019
To the Family of Robert Lamar I send my condolences. I worked for him at First Presbyterian Church for a few years and found him to be a most loving and kind person. Sleep in Peace Rev. Lamar
Rhonda Scott
January 28, 2019
Mark, I remember as a teenager in Albany having so much respect for your Dad's leadership in developing the Focus churches in downtown Albany. He had so much influence on so many people. Condolences to you and all your family.
Carol (Graham) Altman
January 28, 2019 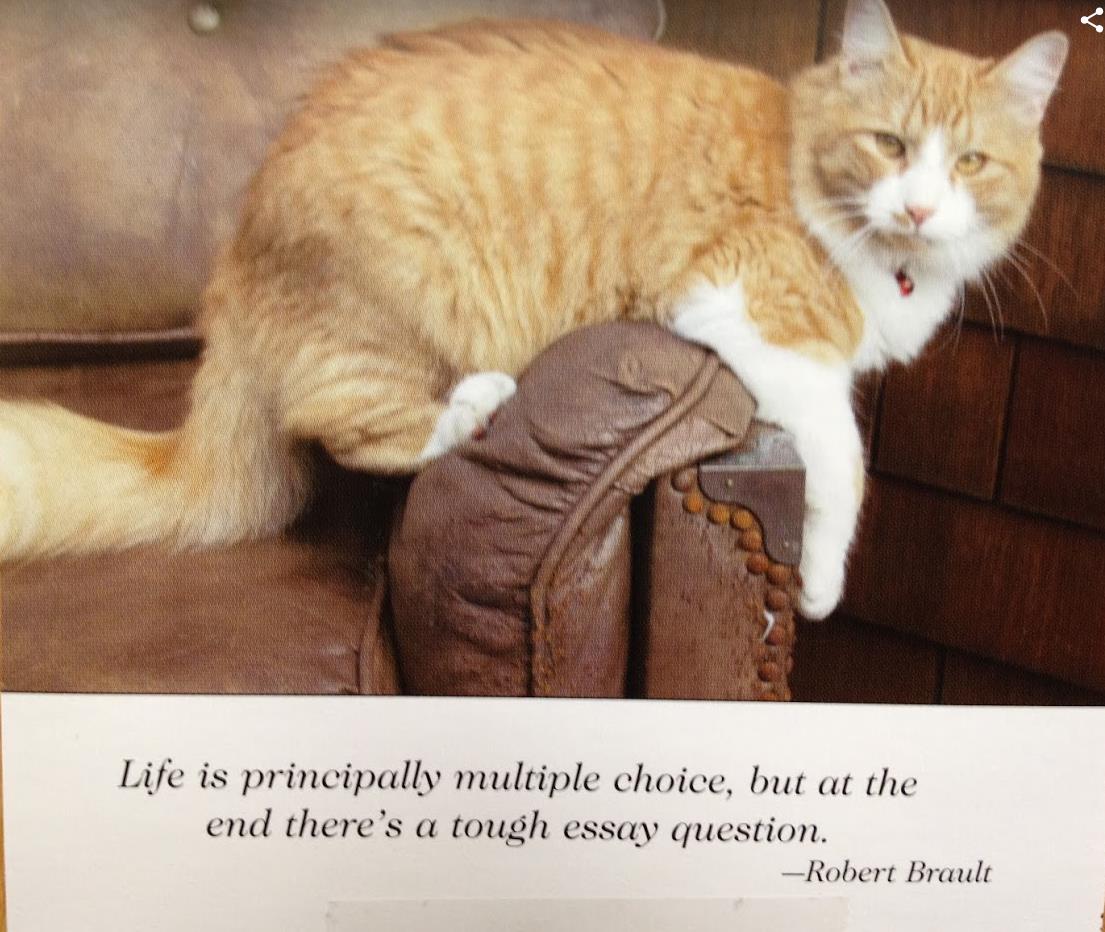 To have lost both your father, Paul, and Mary Oliver in the same week is a sad thing indeed. That I knew neither of them very well is an added sadness. Your father lived a large life, and apparently had a broad heart. Was he even mortal? Obviously, he will be sorely missed, but his legacy promises to live on for a long, long time. Condolences, dear hearts.
Donna Aitoro-Williams
January 23, 2019
It is humbling to read Bob's obituary about all the leadership roles he had during his ministry at First Pres. As members in the 1960s and 70s, Bob was, for our family, our pastor and our friend. He has had a lasting influence on our family. We were inspired by his sermons and teaching but equally important were the personal relationships that he built as a pastor and counselor. His smile was contagious. His greeting was instantaneous. We each have special memories of Bob. For Sally it was when he leaned over to her at a Women's Association meeting when as president she was introducing the evening speaker and the audience wasn't hearing her. He whispered: "use your Mother voice." She did. Jim's memory is of Bob's uncertainty about Jim's nomination to serve as an elder. Jim would be the youngest man elected to the Session. When Jim told Bob that he was already an elder, ordained when he was a graduate student at the University of Wisconsin - at the student run Presbyterian Church, Bob's response was "hot damn" and further, he didn't object when Jim wore a suit to serve communion instead of the coat and tails tradition. For our children, Ginny and Victor, Bob was always approachable, always welcoming and interested in who they were. Bob's preaching, teaching, caring and very being enabled our faith to grow and sustain us through all the years of our lives. Our deepest sympathies to Bob's family. Sally and Jim Davis
James & Sally Davis
January 21, 2019
Jim - Sorry to hear of the passing of your dad. I remember him as a kind and patient man.
Jim Galvin
January 18, 2019
To Bob's family.... I grew up in First Presbyterian Church and Bob was always the rock of the church. My parents adored Bob, both as a mentor and a friend. His compassionate, loving, paternal presence was felt by so many. I am grateful he was a significant influence in my childhood.
Paul Garvin
January 18, 2019
Dear Margaret (& Steve) & Family;
May your father rest in eternal peace for all eternity.
With our sincere condolences
The Morone Family
Guy & Heather Morone
January 16, 2019
A real "mensch"! We knew Bob Lamar from interfaith activities in the Albany community, and we then became reacquainted when a relative of ours was living at the Beverwyck at the same time and participated in his "community sing" activity.
Leo and Martha Levy
January 16, 2019
He sounds like an absolutely wonderful person. Many condolences to his loving family.
Juliet King
January 15, 2019
For ALL of Bob's family ... May the comfort of our Lord hold you close during these difficult days and weeks to come. Bob was a wonderful and gentle man and I enjoyed his golf accomplishment stories when he was heading up CACC. His smile was infectious too! Godspeed, Bob!
Julie Lind
January 14, 2019
So sorry to hear of your father's Passing a great man he will be missed.
The Overflow Shelter Staff and Guest
January 14, 2019
Condolences to Mark, a cherished colleague, and to his family and close friends. May you find comfort in the memories that you will be sure to relive with those closest to you.
Ericka Deglau
January 14, 2019
Condolences to Mark, Michelle and the entire Lamar family. Our thoughts and prayers are with you all.
Beth & Jason Hart
January 14, 2019
Margaret and Steve - A life so well lived! Our deepest condolences.
Rosemary & Joe Madigan
January 13, 2019
Jim,
So sorry to hear of your father's passing.
Condolences to you and your family.
God Bless.
Jim Toomey
Jim Toomey
January 13, 2019
May he RIP.my sincere condolences to the family. A great man and a great loss to mankind.
William Kolodny
January 13, 2019
To all of Rev. Lamars family, I send my deepest sympathy. He was a man like no other
Rita Motto
January 13, 2019
To all of Bob's Family: I am grateful for Bob's friendship through the years, and I am very sorry for your loss.
Mike McNulty
January 13, 2019
Sincere condolences to Bob's entire family. Having grown up at First Pres during his ministry I can say how beloved he is and what a great example he set for all of us. He married my husband and I at First Pres 28 years ago, and those memories are cherished. I saw him last in 2015 at memorial for my dad, Paul Bascom. So glad we got to chat at that time.
Karen Bascom Paul
January 13, 2019
Please accept my heart felt sympathy for the loss of your loved one. May the God of all comfort strengthen you at this time of sadness. Hosea 13:14
January 12, 2019 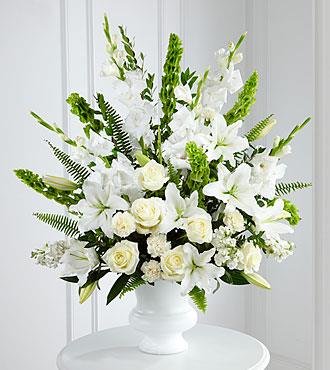