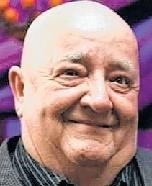 BORN
1945
DIED
2021
Walsh, Robert "Bob" James SILVER SPRINGS, Fla. It is with deep sorrow, broken hearts and much love that we mourn the peaceful passing of Robert "Bob" James Walsh on November 8, 2021, at the age of 76, in Silver Springs, Fla. Bob will be lovingly remembered by his wife, Harriet "Hattie" Aritha Walsh; his children, Janet (Glenn) Hulsaver, Patricia Amiss, Carol (Joseph) Morris, Carol (Ernest) Johnson and Donna (Ronald) Gardner; his siblings, Donna Jacobie, Donald (Shirley) Walsh and Frieda McCluskey. Bob "Grandpa" "Buna" will be missed and forever in the hearts of his many grandchildren, great-grandchildren, nieces, and nephews. Bob was preceded in death by his parents, Donald and Beatrice Walsh; his sister, Judith Attinello; and his son, Kirk Crogan. Bob was born on January 6, 1945, in New London, Conn.. He served in the United States Army as a mechanic, in addition to serving overseas in Korea. Bob later moved to Maplewood, N.Y. and pursued his career with L&W Supply (formerly Capital Gypsum) as a district manager. Their second home was at Blue Ridge Falls Campgrounds in North Hudson, N.Y. Bob and Hattie retired to Silver Springs, Fla., where Bob could often be seen giving the neighborhood dogs rides on his golf cart. Bob was truly adored by everyone fortunate enough to know him. His outgoing exuberant charisma put a smile on everyone's face. He had a way of making friends with every step he took and never failed to leave a lasting impression. Bob was always ready to give and faithfully gave a helping hand to friends and strangers alike. Bob had a fondness for all animals, with a soft spot for his cats which he treated like they were his children. He was passionate about his Harley Davidson and traveled to bike rallies with Hattie sporting his 'loud' beard colors. His camera roll is full of the beauty of nature and countless candid photographs of those he loved. Bob loved exploring and learning new things. His legacy will continue on through his family and friends; his memory forever in their hearts. Memorial donations in Bob's name may be made to your local Humane Society.

Published by Albany Times Union on Nov. 21, 2021.
To plant trees in memory, please visit the Sympathy Store.
MEMORIAL EVENTS
To offer your sympathy during this difficult time, you can now have memorial trees planted in a National Forest in memory of your loved one.
MAKE A DONATION
MEMORIES & CONDOLENCES
3 Entries
I met Bob at Blueridge Falls Campsite, he was a very nice man softspoke and kind to all of us and our kids. I'm sure he is going to be missed by many. RIP Bob
James Forbes
November 22, 2021
Hattie I am so very sorry for your loss.. Bobby was a great guy... full of life... He will be missed by many I´m sure...
Denise Desautels
November 21, 2021
Can never forget the great times we had with Bob & Hattie at Dominick´s just around the corner from Capital Gypsum near Albany Airport Thank you for your service Bobby RIP
Bob Gorka
Friend
November 21, 2021
Showing 1 - 3 of 3 results