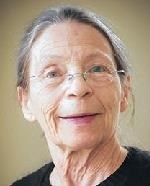 FUNERAL HOME
Raymond E Bond Funeral Home
1015 Kinderhook Ave
Valatie, NY
Piwonka, Ruth KINDERHOOK Ruth Piwonka, 81 of Kinderhook, a cherished mother, grandmother, and dog lover, passed away peacefully in the presence of her family on August 2, 2021, in Albany. She was born Edith Ruth Johnson in Chicago to Myrtle and Byron Johnson on February 14, 1940. She graduated from Maine East High School in 1958. She received her B.A. from DePauw University in 1962 where she was a D.J. and jazz enthusiast. She earned her M.A. in 1964 from Indiana University in Bloomington. She moved to Kinderhook in 1969, where her intellectual pursuits led her to become an expert in local and regional history, particularly in the area of the Dutch colonization of New York. She served as executive director of the Columbia County Historical Society, guest curator for "A Portrait of Livingston Manor," consulting curator for "Dutch Colonial Arts and Material Culture," the first executive director of the Columbia County Land Conservancy, contract consultant for the New York State Historic Preservation Field Services Bureau, and was a consulting researcher in the public and private sector. She was the recipient of numerous awards and honors, most recently the 2020 Martha Washington Woman of History, and was an elected fellow of the Holland Society of America and the New York Academy of History. At the time of her death, she was trustee emeritus of the Board of the Jacob Leisler Institute. She has served on the boards of many not-for-profit organizations, including the Columbia Land Conservancy, Friends of Lindenwald, and Historic Cherry Hill. She has been a member of multiple municipal boards in the Town and Village of Kinderhook, including the Village Zoning Board and Board of Trustees, and Comprehensive Planning, Historic Preservation and Environmental Protection Committees. She was member and treasurer for the Scottish Deerhound Club of America. She has been the unofficial and official historian of Kinderhook for more than a generation. Her publications include: A Visible Heritage, A Remembrance of Patria, A Portrait of Livingston Manor, and Living in Style: Selections from the George Way Collection of Dutch Fine and Decorative Art. Ruth is survived by her daughters, Christine Piwonka-Bernstein (Art Bernstein) of Kinderhook, and Margaret Piwonka (John Jackson), and her grandchildren Anna and Arlo Piwonka-Jackson of Montague, Mass. Calling hours will be held at the Raymond E. Bond Funeral Home in Valatie on Saturday, August 14, from 3-6 p.m. In lieu of flowers, donations in Ruth's name may be made to the Jacob Leisler Institute, P.O. Box 86, Hudson NY, 12534 or at https://jacobleislerinstitute.org.