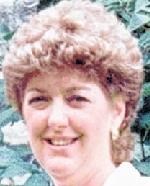 ABOUT
Rondout Valley High School
FUNERAL HOME
Humiston Funeral Home, Inc.
30 42nd St
Kerhonkson, NY
Carle, Sally Ann VOORHEESVILLE Sally Ann Carle of Voorheesville and formerly of Accord, passed away on Monday, June 7, 2021. She was 76 years old. Sally was born on June 14, 1944, in Ellenville, N.Y.; she was the daughter of the late Edward and Gladys (Schoonmaker) Carle. Sally graduated from Rondout Valley High School and then earned a bachelor's degree from Hartwick College in Oneonta. For many years she worked in human resources with the New York State Higher Education Services Corp. before her retirement. Sally was a beautiful quilter and she had a real passion for playing tennis, and even went to the Nationals in 2002. Sally is survived by her sister, Elinor Churchill of Kerhonkson; her brother, John E. Carle and his wife Sherry of Accord; her sister-in-law, Patricia Carle; her nieces and nephews, Lynn Churchill, Dawn Krom (Andy), Carla Churchill, Christian Carle (Sara), Conor Carle, Sharon Carle, Michael Carle and Glenn E. Carle; her great-nephews, William Doyle, Ross Krom (Theresa) and Michael G. Carle; her great-great-niece, Sage; her godson, John M. Di Anni and his wife Brooke and their children, Brynn and Marin; her special aunt, Grace Schoonmaker; and many cousins. She was predeceased by her brother, Glenn Owen Carle; and her brothers-in-law, Ross Churchill and Dick Steers. A celebration of her life will be held at 11 a.m. on Monday, June 14, in the Rochester Reformed Church, Accord. Inurnment will follow in the Benton Bar Cemetery, Kyserike. Memorial contributions may be made to the Health Alliance Foundation, in memory of Kristin Schoonmaker Vergunst MD, 396 Broadway, Kingston, NY, 12401. Arrangements are under the guidance of Humiston Funeral Home, Kerhonkson. To send a personal condolence to Sally's family please visit humistonfuneralhome.com

Published by Albany Times Union on Jun. 11, 2021.
To plant trees in memory, please visit the Sympathy Store.
MEMORIAL EVENTS
Jun
14
Memorial service
11:00a.m.
Rochester Reformed Church
5142 U.S. 209, Accord, NY
Funeral services provided by:
Humiston Funeral Home, Inc.
MAKE A DONATION
MEMORIES & CONDOLENCES
1 Entry
My deep condolences to the family. I want you to know Sally was one of the kindest people in the Human Resources Department at NYS Higher Education. She always had a listening ear and understood mire than most. Whenever I needed anything I could always reach out to her. A kind soul. I'm glad we crossed paths even if just a short time.
Danielle Freeman
Work
June 11, 2021
Showing 1 - 1 of 1 results