Sue A. Knost
Knost, Sue A. ALBANY Sue A. Knost, 56, passed away on Monday, November 29, 2010 at the Hospice Inn at St. Peter's Hospital. Sue was born on April 30, 1954 in Schenectady and was the daughter of the late Henry W. and Lila E. (Richardson) Knost. She was a graduate of Colonie Central High School and Schenectady Community College. She was employed by the United States Post Office in Colonie. Sue was an avid Civil War enthusiast with Troy's 125th NYS Volunteers. In the 1980's she joined the Capital District Civil War Round Table, serving at various times as vice-president, president, and for many years, as program director. She became passionate about Civil War battlefield preservation, proposing to the Round Table in 1994 the idea of selling postal cachets at various Civil War sites as a means of raising money. She would set up a post office table at Gettysburg, Antietam, the Albany Rural Cemetery or other locations and would cancel with appropriate cancellations, envelopes or cachets that had affixed to them stamps commemorating Civil War generals or events. Then she and Round Table volunteers would sell them. Since 1995, the Round Table has raised over $178,000 mainly from the sale of cachets which, with leveraged or matched funds, has totaled over $800,000 in contributions for Civil War battlefield preservation. This effort has earned high praise from notable people in the preservation community. Sue is survived by her brother, Joseph A. Knost; her nephew, James Knost; her niece, Lorinda Jensis; her great-nieces, Brittany and Ashlee Jensis; her uncles, Porter Joseph Richardson and Billy J. Richardson; and her cousins, Patty Sherman, Carole Fortin, Rose Ann Kemp, Donald and Marian Richardson, and Glenna Hornaday. She was predeceased by her aunt and uncle, Marie and Percy Sherman. Funeral services will be held at 11 a.m. Friday at New Comer Cannon Funeral Home, 343 New Karner Rd., Colonie. Interment will follow in Memory Gardens in Colonie. Calling hours will be on Thursday from 4 to 8 p.m. at the funeral home. Memorial contributions, may be made to the Hospice Inn at St. Peter's Hospital, 315 S. Manning Blvd., Albany, NY 12208 in memory of Sue A. Knost. To leave a special message for the family online, visit www.NewcomerAlbany.com

To plant trees in memory, please visit our Sympathy Store.
Published by Albany Times Union on Dec. 1, 2010.
MEMORIAL EVENTS
No memorial events are currently scheduled.
To offer your sympathy during this difficult time, you can now have memorial trees planted in a National Forest in memory of your loved one.
Funeral services provided by:
New Comer Cannon Funeral Home
GUEST BOOK
17 Entries
It seems these past 10 years have gone by in a flash. I have continued to keep donations of the Capital District Civil War Round Table for battlefield preservation up to date. Total donations now total $220,995 and with matching funds, the total is now $1,802,348. This is Sue's legacy. No other Round Table can match that impact. Interest in stamps has declined over the past decade, but the Civil War Trust has preserved over 52,000 acres of battlefield. Whenever historians in the future explore Civil War battlefields, the Knost family can rest assured that the impact of Sue's life can be measured there.
Matt Farina, M.D.
Matthew Farina
Friend
November 25, 2020
I am so saddened to learn of Sue's passing, I had no idea this had happened until I read Civil War News. Sue was a true gem, so passionate about preservation. I have a fond memory of the time she asked me to speak for the CDCWRT, and took me on a tour of sites in the Albany area. Fun times. The Civil War community has lost a great friend. Rest in Peace.
Dana Shoaf
December 31, 2010
I met Sue through Robert Reyes during Washington 2006 World Stamp Exhibit. Sue took annual leave and drove down to Washington to help us out. She loved the Postal Service and national parks and joined the two together through her work at the Gettysburg National Military Park each year. Sue was one of most courageous and loving people I have ever known - the pleasure of knowing her was all mine! She is missed by many.

Jean Schlademan, Centreville, VA
December 29, 2010
Sue was loved and will be missed by many in the U.S. Postal Service and Civil War Preservation Community. She was tireless as a Preservationist, Civil Servant. Sue was the Leader of the Pack and again will never be forgotten*
Robert Reyes
December 4, 2010
Sorry Joe at the loss of your sister. We jusst learned about it 12/3 this morning. I worked with Sue at Karner Road; she will be missed by all who knew her. Gail and Howie
December 3, 2010
Sue was a wonderful friend to Gettysburg National Military Park and to our staff here who had the pleasure of knowing her and working with her for many years. As with all who read this - we will miss her support, friendship and smiling face dearly.

Brion FitzGerald, Deputy Superintendent
Gettysburg National Military Park
Brion FitzGerald
December 3, 2010
Sue was a special person to us. She helped our son, Chris, when he was a grad student at SUNY Albany where he honed his skills as a historian and in his public history career. Sue welcomed Chris into the Civil War Roundtable and honored him in his hometown of Fredericksburg Virginia during one of the group's trips. Her joy and easy smile will be remembered by many of us in Virginia.

We had an opportunity to meet and visit with Sue a number of times. Each time was full of cheer and passion for her causes.

Our deepest sympathy with thoughts and prayers to Sue's family and friends.

Pete & Jane Kolakowski
December 2, 2010
To the family of Sue,
It was because of Sue's passion for historic preservation,the Civil War and for Gettysburg that our family spent many happy times on trips with her and the Capital District Civil War Round Table. Her leadership and kindness, her caring and her humor, her friendship and understanding,brought great enjoyment to everyone. She was a very dear friend and an amazing human being. We will miss her greatly. She will never be forgotten. Fond memories of all those late nights in Gettysburg sorting cancellations and all those hectic trip days making sure that we were always on schedule, because Sue, "The General", was always on time, always ready to go, and always there to be a kind friend, knowledgeable mentor, and supreme leader. She lived far too short a time, but she made the most of every minute and gave of herself to all. With great sympathy from the
Melanie and Joseph(of memory) Stracuzzi family -
Melanie Stracuzzi
December 2, 2010
To the Family of Sue,

During my years at the Postal Service, I have had the pleasure of meeting with Sue during our "All Hands Meetings". She always stood out as being a kind, happy, and gentle person, a true lady. My prayers will be with Sue and with her family. She will be greatly missed.
Rose Raske
December 2, 2010
Sue and I worked together at the Post Office in the mid-80's, and after I left there, we remained good friends, even though we haven't spoken in a while now. I remember fondly the many times while she cut my hair, how we talked about our great-grandfathers who fought in the Civil War - mine for the north, her's for the south. And I remember how proud she was of her membership in the Daughters of the Confederacy. After I was married, Sue particularly liked coming to our house to cut my hair, so she could share a meal with my wife and I afterward. Sue was a great person, who we will all miss very much!
John & Kristy Losee
December 2, 2010
We were childhood friends and those memories never die. So sorry for your loss.
Robin Bard-Kretzler
December 1, 2010 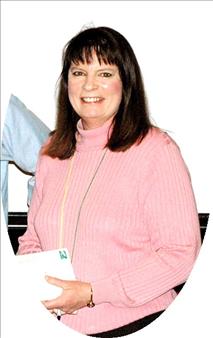 Sue was a dear lady. I had the pleasure of meeting her at Gettysburg NMP years ago. We worked together and became friends. We are all going to miss her.
Bernadette Loeffel-Atkins
December 1, 2010 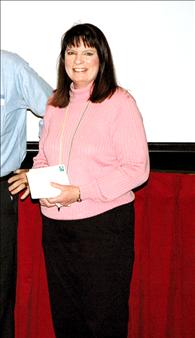 December 1, 2010
I was very sorry to hear that Sue had passed away. I knew her through the Postal Service. She will be missed by many.
Sally Yoder
December 1, 2010
Dear Joe and Family,
We want to offer our deepest sympathy in the loss of Sue. She waged a courageous battle against a relentless disease. Knowing Sue's love of the Civil War period, we feel certain that at times she must have compared her struggle to that of one of her Civil War heroes against all odds. We hope that she obtained some solace from that metaphor. Sue was a giving person who put the wants and needs of her family and friends above her own desires. Where ever she went in her travels she often brought home small remembrances of that trip for those she cared for. Her dedication to her work and her avocation was legendary. If you emailed her something at midnight, she was sure to respond within minutes because she was "still at work." The Civil War preservation world has lost a remarkable champion, but her legacy will be the preservation of battlefields for generations of history enthusiasts. At one time years ago, long before her cancer, we talked about "the beyond." We have no doubt that Sue at this moment is seeking out Robert E. Lee to discuss with him first-hand his reasons and strategy for his battlefield decisions. This was the Sue that we knew. We sincerely hope that with the healing that time provides, your memories of her will be about her passions in life, rather than the pain of this past year.

Matt and Nancy Farina
Matt and Nancy Farina
December 1, 2010
Dear Joe and Family,
I have known Sue for many years. She was truly a wonderful person. We first me in Gettysburg and continued staying in touch at many Civil War events and through the Round Table. She is one of several who had kind words when my hubby died and her words stick with me daily. She was a special gal and will be missed.
JoAnn Bartlett
December 1, 2010
Dear Joe and family, Jill and I were heartbroken when we learned that Sue had passed. She was a wonderful friend for many years, a very special person! She will be sorely missed by all that knew her. We know she will now be at peace. The Gildea Family, Tom, Jillann, Nick, Ryan, Leighann, Erin, and Lindsay.
Tom Gildea
December 1, 2010