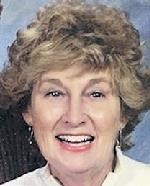 Zick, Sue M. DELMAR Sue M. Zick passed away peacefully on January 21, 2021. Sue was born on March 7, 1933, in Lombard, Ill. to the late Clinton V. Morgan and Helene R. Morgan. Sue attended the University of Colorado where she pursued a major in education. It was at the university where Sue met and later married her husband, Robert R. Zick. Sue and Robert "Bob" lived in both Hawaii and Illinois before moving to the Albany area. With an eye for color and flair for creativity, Sue decided to start her own business as an interior designer in the 1960s. For years she helped both individuals and businesses create unique spaces that were both functional and captivating. When Sue was not adding a splash of color to a home, she was volunteering for various organizations. Sue was one of the first members of the Bethlehem PTA. For years, Sue worked to enrich the lives of the students in the Bethlehem Central School District. One of her crowning achievements was bringing off-broadway theater to all the schools affording the students an opportunity to appreciate the arts. Sue also served on the Board for Equinox Inc. for several years. She was very passionate about helping the women and children in the domestic violence shelter. Sue also served for several years as the co-chair for the Equinox Thanksgiving Day dinner program. She spent countless hours organizing and planning to be sure that as many people as possible would have a holiday meal. Sue and Bob were long standing members of the First United Methodist Church in Delmar. Sue devoted time to various church committees and was an instrumental part of the yearly Fall Fair at the church. Sue and Bob had a home on Cape Cod where they created many happy memories with friends and family. Sue especially loved teaching her grandchildren about the many "treasures" on Cape Cod. Sue would often be the last to leave the beach - relishing in the peace of the ocean and feeling the last few rays of sun on her face. Sue was met at heaven's gate by her late husband, Robert R. Zick. She is survived by her three children, Robert Todd (Beth), Brett Morgan (Whitney) and Amy Helene Zick; her four grandchildren, Robert Cartwright, Maggie Cartwright, Jillian Zick, and Adam Zick; her brother Charles Morgan; and many nieces and nephews. Sue approached life with style and grace. Her love for her children and grandchildren was without bound. Nothing brightened her day more than time with her family. In lieu of flowers, contributions may be made to Equinox Inc, or Community Hospice. applebeefuneralhome.com

To plant trees in memory, please visit our Sympathy Store.
Published by Albany Times Union on Jan. 24, 2021.
MEMORIAL EVENTS
No memorial events are currently scheduled.
To offer your sympathy during this difficult time, you can now have memorial trees planted in a National Forest in memory of your loved one.
Funeral services provided by:
Applebee Funeral Home
GUEST BOOK
1 Entry
Dear Zick Family: Please accept my deepest condolences. I will never forget Sue nor your father! Let me share some special moments. Each year at Christmas, Sue would call me and say, "So how many kids do we have in the program and how many Christmas trees do we need?" Like clockwork, Sue and Bob would arrive in a pick up truck, I'd pile in the back and off we would go in the cold December air to deliver them! She took great pains to pick out charming little trees for each youth. Then, add in an armload to gifts! She was always excited to pick out new earrings for each "gal" as she would call them and wrap them beautifully. Sue was always there with her ideas and generosity to help meet whatever need (s) the youth presented. To us, she was our guardian angel. Perhaps to you as well. Sincerely, Mary K. Campagna Former Director of Youth Services @ Equinox.
Mary Campagna
February 6, 2021